Twelve months after bariatric surgery, 84% had achieved a BP target of less than 140 mm Hg and more than half had a remission of hypertension 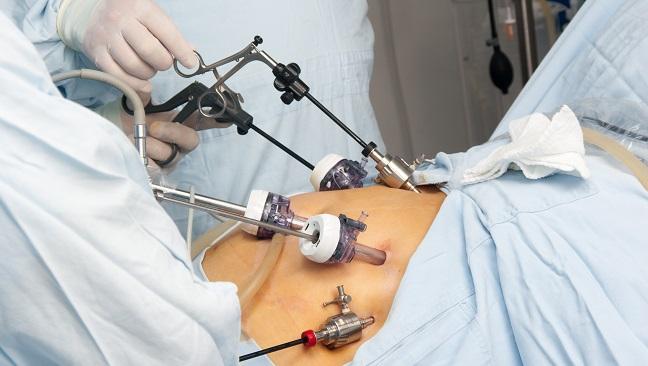 ANAHEIM, CA—Obese patients with hypertension who undergo bariatric surgery are able to significantly cut the number of antihypertensive medications used to control their blood pressure, and many experience a remission of hypertension altogether, according to the results of a new study.

Although the study was small, with just 49 patients in the bariatric-surgery arm, 25 of the surgically treated patients had a systolic blood pressure less than 140 mm Hg at 12 months without the use of antihypertensive medication, report investigators. In a post hoc analysis, 11 patients maintained a systolic blood pressure of less than 120 mm Hg, the aggressive target selected by the SPRINT investigators, without medications.

In contrast, just six of the 47 patients randomized to medical therapy reduced their use of antihypertensive medications and none had a remission of hypertension, regardless of the definition used.

“For us, bariatric surgery represents an effective strategy in the treatment of obese patients with hypertension,” said. “The results have implications for minimizing nonadherence to therapy and its related consequences.”

The Gastric Bypass to Treat Obese Patients With Steady Hypertension (GATEWAY) study, which was published simultaneously in Circulation, included 96 obese patients with hypertension randomized to medical therapy or the Roux-en-Y gastric bypass surgery plus medical therapy. Patients were taking two or more maximum-dose medications (or three or more medications at moderate doses) and had a body mass index between 30.0 and 39.9 kg/m2.

The primary endpoint was the number of patients who achieved a more than 30% reduction in the number of antihypertensive medications used while maintaining systolic blood pressure less than 140/90 mm Hg at 12 months.

The BMI of those treated with surgery was 26.8 kg/m2 at 12 months (versus 36.3 kg/m2 in the medical-therapy arm), but most patients who reduced their use of antihypertensive medication were able to do so within the first month after bariatric surgery. In contrast, weight progressively declined over the entire follow-up period.

“We think something more is happening beyond weight loss,” said Schiavon.

Paul Poirier, MD (Quebec Heart and Lung Institute, Quebec City, Canada), who was not involved in the study, noted that bariatric surgery has been shown to have numerous effects outside of weight loss. Research has documented it can reduce inflammation, improve lipid levels, and decrease left ventricular hypertrophy, among other positive changes. The surgery has also been shown to reduce cardiovascular comorbidities, particularly type 2 diabetes.

Speaking with TCTMD, Prakash Deedwania, MD (University of California, San Francisco), noted that patients in the trial were young at a mean of 43 years old (44 in the medical-therapy arm). As obese patients age, not only hypertension, as well as diabetes, dyslipidemia, and coronary disease, becomes much more prevalent, he said.

As for the GATEWAY patients, Deedwania said that while they were taking multiple medications for hypertension, blood pressure levels were reasonably controlled. In both treatment arms, the mean blood pressure was 123 mm Hg at baseline. “I would say that these are a less sick group,” said Deedwania. “[Hypertensive] obese patients, even with these kind of drug therapies, tend to be very hard to control.”

I’ve been in cardiology for 40 years and I’ve had a consistent problem with controlling glucose, cholesterol, or blood pressure, because these three risk factors don’t cause any symptoms and people just end up ignoring them. Prakash Deedwania

Despite those caveats, Deedwania said the remission of hypertension is impressive. He suspects that patients treated with surgery who experience significant weight loss are motivated to adopt lifestyle changes that can lead to blood-pressure lowering. With the very apparent weight loss acting as positive reinforcement, patients might be more inclined to pay attention to silent cardiovascular risk factors.

“It’s one of the biggest problems we deal with,” said Deedwania. “I’ve been in cardiology for 40 years and I’ve had a consistent problem with controlling glucose, cholesterol, or blood pressure, because these three risk factors don’t cause any symptoms and people just end up ignoring them.”

Continuing NOACs During Device Surgery Does Not Reduce Pocket Hematoma