When a casual tweet is misconstrued, a physician initially second-guesses her online reputation, then resolves to learn. 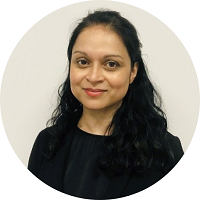 I was in the middle of a busy clinic when a Twitter notification flashed on the screen of my mobile phone. “She’s a simple-minded idiot!” declared the tweet. It was a reminder for me to turn off my notifications, but as I turned back to my work a thought played on my mind: to whom was the tweet referring to?

I was shocked to discover that what I thought was an innocuous and lighthearted comment I had made on Twitter about my unsuccessful experience of trying a keto-based diet had garnered a lot of interest and ridicule from members of the online “keto community.” I had written in jest that I was unable to stick to a ketogenic diet because I missed eating donuts, which I realize in hindsight was perhaps an over-oblique reference to #DonutGate. (This was an earlier Twitter controversy relating to a very strong backlash from high profile keto advocates within the medical community against the popularity of sugary treats among many healthcare workers.) I had hundreds of notifications—most of which were negative and were quoting me out of context. Complete strangers were using this tweet to present me as a misinformed and weak person who was slavishly following the fast-food industry.

As a cardiologist, I know too well the perils of a diet rich in refined sugars and processed food and have never advocated for this. I was therefore surprised at this sudden and overwhelmingly negative response to a comment I had made online. I then discovered that my original tweet had been quoted by a “celebrity” doctor with a huge number of Twitter followers. He wrote disparagingly and sarcastically about my disastrous attempt at following a keto-based diet. Within a few hours, people from across the globe were “liking” the tweet that criticized me, retweeting it, and then adding their own opinions.

This is how an anonymous account from Texas came to the conclusion that I was a simpleton. That tweet alone was retweeted and liked scores of times. I avoid engaging in online arguments in order to avoid abuse, but somehow I had unwittingly brought about my own online humiliation. I started to worry: what if one of my patients read the comments? My worry soon developed into a mild panic. My Twitter profile is public, and several of my colleagues follow me. Could this really be what people thought of me? Not only was I being called an idiot, members of the public were questioning my suitability to be a doctor. I doubt that they would have said these things to me in person: they were basing their opinions about me on a misrepresentation of one of my tweets.

I felt a growing anxiety and wanted to defend myself to people who I was unlikely to ever meet and who probably forgot about what was, to them, yet another minor Twitter maelstrom. I deleted the tweet and locked my account.

I strongly agree that social media, especially interactive platforms like Twitter, are a positive development in terms of furthering professional networking and education within the medical world, as well as offering a more direct link between patients and healthcare workers. However, like most innovations, there are plenty of pitfalls for all those involved. These include the spread of disinformation, confirmation bias, breach of patient confidentiality, and online bullying.

As a cardiologist, I know too well the perils of a diet rich in refined sugars and processed food and have never advocated for this.

Social psychologists have long postulated that humans have an intrinsic need to be part of a group and that this preference for belonging extends to the online world, too. Social media algorithms are deliberately designed to encourage like-minded people to follow each other and steer them towards similar trending subjects, a phenomenon described by Pariser in 2010 as the “filter bubble.” Connecting to the World Wide Web these days usually means connecting with people and ideas that reassuringly reflect our values and prejudices, so that we are no longer exposed to differences in opinion but gaze into a mirror that reassuringly reflects back our perception of the world.

Offline, we tend to be less outraged and more polite and considerate towards each other. By contrast, the online world seems to be a hotbed of perpetual outrage. In fact, in one study found that tweets containing “moral” and “emotional” words are 20% more likely to be propagated than those that do not. The online world opens up huge opportunities to manufacture outrage, which is then perpetuated with increasing levels of enthusiasm. Unlike life offline, the connections we make online are more nebulous thanks to the ability to stay relatively anonymous. This ability to “hide” allows for a detachment from our actions, and bad behavior online frequently goes unpunished.

All of this I knew prior to this experience, but I’d never before understood it first-hand. This is why someone from Texas who I’d never met, on the basis of a critical tweet written by another person who I have never directly communicated with, decided that I am a simple-minded idiot.

I must confess that in the past, I often indulged in giving my opinions on Twitter freely and acerbically when I thought someone had written something that, in my opinion, was wrong. What I had not considered until now are the damaging psychological effects on the recipients of such a torrent of negativity. My experience of receiving online attacks and derision from strangers was bruising, and I briefly disengaged with all social media. Before I returned to Twitter, I resolved to remember that behind each tweet is a person, to try to act in good faith, and to never forget that donuts are taken very seriously in some corners of the internet.

Nishat Siddiqi is a consultant cardiologist at the Aneurin Bevan University Health Board in South Wales. She completed her undergraduate…

Trial by Twitter: How a 280-Character Count Is Reshaping Cardiology

Obesity and COVID-19: Theories and Blame Fill the Scientific Void

TCT Radio: The role of social media in Interventional Cardiology - The good, the bad, and the ugly

So Many Reasons for #SoMe: Cases, Questions, Perspectives, and More