One expert, however, worries about “mass statinization” and argues that use of CAC screening can better identify eligible statin candidates. 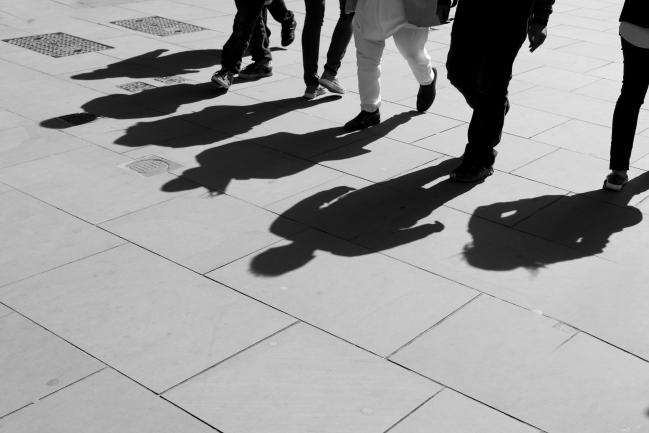 Taking the long view on statin therapy, roughly one in six patients without existing cardiovascular disease would be eligible for the lipid-lowering therapy based on a “benefit-based” approach rather than standard risk stratification, according to the results of a new study.

For patients expected to achieve a 15% or greater absolute reduction in cardiovascular risk over a 30-year period with statin therapy, investigators estimate that 17.5% of US individuals would be eligible to receive statins. Importantly, the benefit-based approach identifies younger individuals with higher LDL cholesterol levels who would not now be eligible for statin therapy based on current risk stratification calculators.

“One of the major issues of any risk-based approach is that risk is almost entirely linked with age,” said lead investigator George Thanassoulis, MD (McGill University Health Center, Montreal, Canada). “When you use a risk model, you’re going to be treating older patients and missing a lot of young patients. When we look at how heart attacks break down, we do see that almost 30% of heart attacks happen in younger patients, and these are patients who would normally not be prescribed statins based on these risk-based approaches. This is despite the fact that often these individuals may have elevated LDL cholesterol or other risk factors. The risk calculators don’t seem to put enough emphasis on young people with high LDL levels.”

The new analysis is an extension of the researchers’ previously published work, where they tested two separate approaches for statin eligibility. The first approach was based on the American College of Cardiology/American Heart Association (ACC/AHA) guidelines that recommend statin therapy for individuals with a 10-year atherosclerotic cardiovascular disease (ASCVD) risk of 7.5% or greater. The second is a benefit-based approach that treats patients with an expected 2.3% or greater absolute reduction in ASCVD events based on randomized, controlled trial data.

Using the benefit-based approach, the researchers identified a large number of patients not eligible for statins according to the ACC/AHA guidelines but who had an equal or greater benefit from statins compared with higher-risk individuals. In their latest study, which was published October 24, 2018, in JAMA Cardiology, the researchers again compare the risk-based and benefit-based approach for determining statin eligibility but extend the analysis beyond 10 years.

There is a very compelling rationale for the benefit-based approach, according to Fernando Cesena, MD, PhD (Hospital Israelita Albert Einstein, São Paulo, Brazil), particularly since atherosclerosis is a lifelong disease. “Guidelines emphasize the 10-year risk, but most patients seen in the clinical office who will suffer a cardiovascular event will have it in more than 10 years,” he told TCTMD in an email. “Physicians should be encouraged to estimate the long-term risk when the 10-year risk is low to intermediate.”

Additionally, the benefit-based approach may optimize statin prescription, selecting those who have the most to gain from treatment. “The ultimate goal of the treatment is the cardiovascular benefit, which depends not only on the risk, but also on the magnitude of LDL cholesterol reduction in mg/dL,” said Cesena, who was not involved in the new analysis. “Therefore, the benefit-based model ‘fills a gap’ in the risk-based strategy recommended by recent guidelines.”

“There is a lot of discussion about the risks and benefits of taking statins,” said Thanassoulis. “There is a lot of pushback, with people arguing that the number needed to treat is very high and that tends to be because we look at short term periods of 5 or 10 years. Yet, when you’re started on a statin, for the patients that I see, they understand they’re going to be taking the drug 10, 15, 20, or 25 years. I could never tell them the long-term benefit—I could tell them the short-term benefit—but here we’re extending the benefit to show that if there are six patients in front of me, one of them is going to have a very high degree of benefit when taking a statin for 30 years.”

Khurram Nasir, MD (Yale University School of Medicine, New Haven, CT), who was not involved in the study, called it “an interesting analysis and modeling exercise,” but cautioned that such studies depend on assumptions and there are many challenges with them. The researchers, he noted, assume that the benefit of statin therapy will be derived across all subgroups—irrespective of subclinical disease burden—when this might not be the case.

Moreover, even if physicians assumed the same relative risk benefit with statins across all patients, the benefit of treatment will only be achieved if these individuals, some of whom are low risk, are willing to commit to lifelong statin therapy.

“The dilemma is that the majority of patients are absolutely clear in their desire for avoiding lifelong pills, however safe, cheap, and effective,” Nasir said in an email. “Recent evidence suggests patients are likely to decline statin treatment, even if it may potentially add years to their lives. If we aspire to accelerate our efforts in personalizing patient-centric care, this pathway to ‘mass statinization’ is a step in the backward direction.”

Thanassoulis noted that those who met criteria for statin eligibility based on the projected 30-year absolute risk reduction of 15% or greater tended to be younger (mean age 50 years), were more likely to be women, and had a lower 10-year risk of ASCVD (mean 4.7%) compared with the risk-based model. On average, LDL cholesterol levels were 149 mg/dL among those eligible for statins using this long-term benefit-based approach.

“If you’re going to select people who are going to take a drug for a long period of time, you want to focus on the people where it’s the LDL cholesterol that’s the problem and it’s the statin that addresses that problem,” said Thanassoulis. “We should reserve statins in primary prevention for patients who have more abnormal LDL cholesterol, where the statin will have the most benefit.”

To TCTMD, Cesena said the benefit-based approach is not for everybody but can be useful for younger individuals with low calculated 10-year risk and at least moderately elevated LDL cholesterol. “Should we wait them to get older to reach the threshold for statin therapy?” he asked. “I don’t think so. I think many of them should initiate statin early, based on the long-term predicted benefit, low cost, and excellent safety profile of statins.”

Will This Lead to Mass Statinization?

For his part, Nasir said there is an argument to be made in shifting attention from surrogate markers to the detection of disease with noninvasive imaging, such as coronary artery calcium (CAC) screening, which is not included as part of the current ACC/AHA guidelines for the treatment of cholesterol. New cholesterol guidelines are planned for release in a little over 2 weeks at the AHA Scientific Sessions in Chicago, IL, and Nasir said he hopes they focus on a treatment approach that is more precise and accurate.

“It’s time we adopt the tools like CAC that allow patient-centric management decisions for long-term commitment based on presence or absence of atherosclerotic CVD,” said Nasir. “Not only [will] a significant proportion of the population be reassured of their risk, which [will allow] flexible statin choices, but also the detection of atherosclerosis with CAC is more informative for appropriate risk stratification, since it is actually measuring disease as well identifying those individuals who will benefit from lipid-lowering therapies.”

Cesena said CAC screening is likely the best way to improve the accuracy of risk prediction, but added that the screening doesn’t necessarily compete with the benefit-based approach for statin eligibility. “On the contrary, they can be complementary,” he said. “If we calculate the risk by equations that incorporate CAC—for example, the MESA risk score—and then predict the benefit with statins, we will probably have a better benefit-based model,” he said.

The researchers concede there are no long-term relative risk reduction estimates from the randomized statin trials and that they assumed the relative risk reduction in those studies remained consistent over time. To TCTMD, Thanassoulis said the 30-year absolute risk reduction threshold of 15% or greater is “somewhat arbitrary,” but it is a conservative estimate of statin benefit over a long period of time. He added that while the cardiovascular community has accepted the “lower is better” premise with respect to LDL cholesterol levels, there is data from the Cholesterol Treatment Trialists’ Collaboration suggesting that “earlier [treatment] is better when we’re talking about reducing lipids.”