Effects were particularly marked in small annuli, although experts caution the impact on late outcomes is unknown. 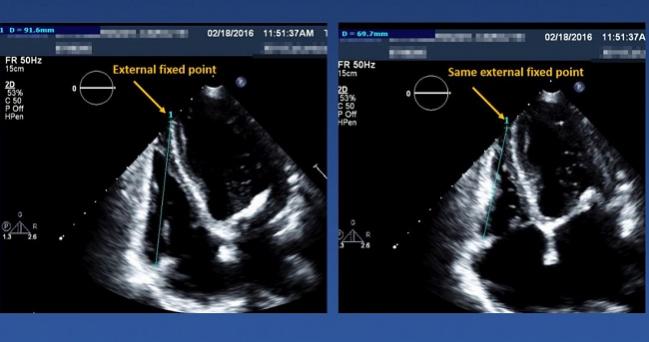 The largest advantages for TAVR were observed in patients with the smallest annuli, researchers reported recently at TVT 2019.

“Intrinsically, TAVR valves are considered to be better hemodynamically and our data showed that these patients did significantly better in terms of hemodynamics across all annular sizes, whether it was a big or small annular size,” lead investigator Mubashir Mumtaz, MD (University of Pittsburgh Medical Center/Pinnacle Health, PA), told TCTMD. “The differences were more remarkable in the small annuli, where we typically see patient-prosthesis mismatch or higher aortic valve gradients in surgical patients.”

“As we’re moving into the lower-risk category—and these are the vast majority of patients with aortic stenosis who need treatment, who would have received aortic valve surgery in the past—if we’re going to offer them an alternative therapy that is equally good or superior to surgery, and much less invasive, then we need to make sure these patients do well over a long period of time,” said Mumtaz.

In the present study, which Mumtaz presented at TVT 2019, patient-prosthesis mismatch was defined by effective orifice area adjusted for obesity, as recommended by the VARC-2 criteria. A moderate increase in the mean aortic valve gradient was defined as a 12-20 mm Hg rise at 30 days and a severe increase as a rise greater than 20 mm Hg. Using multislice CT, annular valves sizes were classified as small (< 23 mm), medium (23 to ≤ 26 mm or less), or large (> 26 mm).

Aortic valve mean gradient was significantly lower with TAVR than with surgery at 1 month (8.4 vs 10.5 mm Hg, respectively) and 12 months (8.6 vs 11.2 mm Hg, respectively), and the effective orifice area was significantly larger at 1 month (2.0 vs 2.2 cm2) and 12 months (2.3 vs 2.0 cm2). There was a consistent improvement in hemodynamics among patients with small, medium, and large annuli, but the difference between TAVR and surgery was most pronounced in those with small annuli, said Mumtaz.

One of the limitations of their analysis is incomplete follow-up on the 1,402 patients. The primary endpoint was assessed when 850 patients reached 1-year follow-up and full echocardiographic results won’t be available until December. As a result, investigators were unable to assess the clinical and functional implications of patient-prosthesis mismatch. Additionally, the sample sizes within the small, medium, and large annuli groups were too small to assess clinical outcomes of those with and without mismatch.

To TCTMD, Mumtaz said there are data from the surgical field, including meta-analyses and retrospective studies, showing that patient-prosthesis mismatch and higher aortic valve gradients are associated with higher cardiovascular mortality and morbidity. “So TAVR valves, the way they’re designed with having less incidence of [patient-prosthesis mismatch] might be better in these low-risk patients,” said Mumtaz. “The hope is that this might correlate with better clinical outcomes in the long term. We don’t know that yet, but that’s why we’re following these patients.”

Martin Leon, MD (NewYork-Presbyterian/Columbia University Irving Medical Center, New York, NY), one of the session moderators, said the correlation between patient-prosthesis mismatch and clinical outcomes will be important, but he added it might be difficult to show this in the low-risk patient population. “It might take 2 or 5 years before you see that relationship unfold,” said Leon.

I think surgeons are underrecognizing this problem. Tsuyoshi Kaneko

Speaking during the session, panelist Tsuyoshi Kaneko, MD (Brigham and Women’s Hospital, Boston, MA), expressed surprise that 10.2% of patients with a small aortic annulus treated surgically have severe patient-prosthesis mismatch at 30 days. “I think surgeons are underrecognizing this problem,” said Kaneko, noting that as patients live longer its implications may become clinically apparent. “Occasionally, we’ll see in clinic a patient with a small valve who never really recovers from their symptoms,” he said.

At 30 days, there was no significant difference in the incidence of severe or moderate patient-prosthesis mismatch between the TAVR and SAVR study arms, but the rate of mild and mild-to-moderate paravalvular aortic regurgitation was higher at 30 days and 1 year with TAVR. At 1 year, however, there was no significant association between early paravalvular aortic regurgitation and the risk of death, stroke, or rehospitalization at 1 year. Similarly, there was no association between patient-prosthesis mismatch or high residual aortic gradients and clinical outcomes at 1 year.

In contrast, a low-flow state (stroke volume index < 35 ml/m2) and impaired measures of right ventricular function at 30 days were associated with a higher risk of death, stroke, or rehospitalization at 1 year, said Pibarot. Like members of the panel, however, he agreed that longer-term assessment of clinical outcomes is required given the low baseline risk of patients in PARTNER 3.

Faster and Larger Gains in Physical Function With TAVR Than With Surgery: SURTAVI