EuroPCR 2018 kicked off with a look at what’s in store and what’s at stake as ‘augmented intelligence’ expands its reach in clinical decision-making. 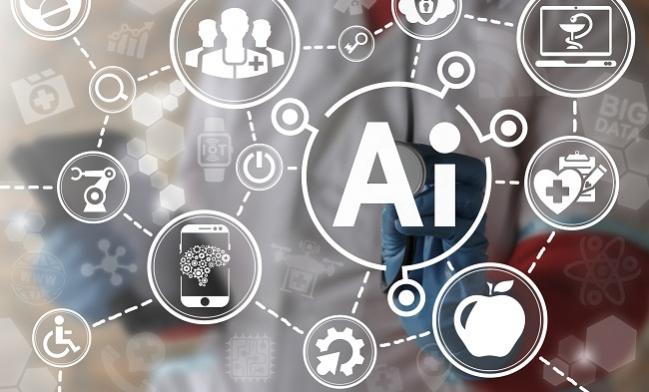 PARIS, France – Watson, the artificial intelligence supercomputer created by IBM, burst onto the scene in 2011 when it faced off with and defeated two former Jeopardy champions. The win, depending on your vantage point, was either a triumph of computing or the advent of an age where supercomputers (and robots) begin their slow but inevitable takeover.

Even if the direr of these two predictions seems far-fetched, artificial intelligence (AI) is likely to play an increasingly important role in clinical practice, experts said here at EuroPCR 2018.

Pascal Gené (IBM Watson Health Science, Bois-Colombes, France), who gave the keynote address at EuroPCR’s Innovator’s Day, hastened to reassure physicians that their jobs and their expertise remain secure. For him, AI is simply a tool, just like the stethoscope.

“We want to give [physicians] additional knowledge to use,” he said. “We don’t want to replace experts.”

Given that AI is feared by some and misunderstood by others, Gené said IBM refers to AI as “augmented intelligence” or “cognitive computing.” Both terms, he noted, don’t have the same emotionally-tinged connotations best left to the outer reaches of science fiction. Those definitions don’t fit today’s reality or tomorrow’s future, he said.

During his presentation, Gené explained that AI in medicine and elsewhere is beginning to take off due to exponential increases in computing power, deep-neural computing algorithms that finally work, and the explosion of data. As an example, he highlighted the Watson Oncology cognitive computing system which was designed with physicians from Memorial Sloan Kettering Cancer Center.

The system is a cloud-based supercomputer that is able to analyze a patient’s medical record and provide evidence-based treatment options. To date, Watson Oncology has been used in 50,000 patients within 155 hospital groups, including patients undergoing primary care for 13 cancers. Watson Oncology is also used to match patients to ongoing clinical trials and genomic analyses.

Although the Watson Oncology initiative has been criticized, Gené believes cognitive computing will “democratize knowledge,” with information being shared amongst professionals so that the overall quality of patient care is improved.

Jeroen Bax, MD (Leiden University, the Netherlands), president of the European Society of Cardiology, is currently involved in two “big data” projects, including one that is using AI to help determine clinical outcomes based on CT angiography findings. A second AI project involves digitizing and inputting hundreds of thousands of echocardiographic images, with early results showing the supercomputing algorithm is able to identify relatively straightforward conditions, such as aortic stenosis or pulmonary hypertension.

In another EuroPCR session devoted to digital health, one company reported using AI to interpret ECGs, with the neural network trained to identify arrhythmias from more than 600,000 ECG recordings. The Cardiologs platform, which is cleared for distribution through the US Food and Drug Administration’s (FDA) 510(k) pathway and has European CE Mark approval, identifies the portion of the ECG where an arrhythmia has been detected so that the physician doesn’t have to wade through days of recordings to identify rhythm abnormalities.

“Some people say AI is going to take over everything, but I don’t think so,” Bax told TCTMD. “It’s unstoppable because everybody is working on it, and you see it coming in echocardiography, CT angiography, and many other domains. At the end of the day, we might try to resist it, but if you know it’s coming, you better learn how to work with it.”

In the current climate, there are fewer physicians treating an ever-increasing aging population, and even though AI might help alleviate some time constraints, the path to cardiovascular cognitive computing is not entirely straightforward. Bax noted that most cardiac diseases are degenerative and machine learning can be complicated by an aging heart. “If we speak about heart disease, the most important question we ask is, ‘What’s the function of the heart?’ And that changes over time,” he said. While a diagnosis might be a question of yes or no, “aging gives us an additional dimension,” said Bax.

Ultimately, physicians shouldn’t be afraid of AI, but rather embrace it, said Bax. Caring for patients is the ultimate goal, and working with big data and AI can only help. “The patient-doctor relationship is really important,” said Bax. “If you’re speaking with a computer, it’s not what people want to do.” Gené, for his part, said Watson or any other augmented intelligence platform is time-saving for physicians and patients, which allows for more compassionate and less harried interactions.

Commenting on potential regulatory issues surrounding AI, Semih Oktay, PhD (CardioMed Device Consultants, Edgewater, MD), noted that IBM argues Watson does not make clinical decisions, but instead is simply a tool to help guide physicians in their treatment choices. IBM’s Watson is not considered a device or drug and as such is not regulated by the FDA or European agencies.

“That’s a fine line there,” said Oktay. “If you’re really giving the physician some suggestions, and if this is going to influence their decision, you have to make sure that whatever you’re providing to the physician is supported by data. Then it becomes not necessarily a tool, but a device in that sense. So, walking through the fine line on the regulatory side could be very challenging.”

Gené pointed out that AI makes errors, either the result of not having seen a particular case before or because of bad training. Physicians also make mistakes, he added, but in combining the two—AI and physician expertise—the number of clinical errors can be reduced. With Watson Oncology, the system is intended to support physician diagnosis and treatment, but Gené stressed the buck ultimately stops with the physician.

As for the elephant in the room—data breaches that have rocked other tech giants, most recently Facebook—Gené stressed that data confidentiality is critical to IBM. In all instances, the data is not owned by IBM, and physicians are only paying to use the algorithm. IBM doesn’t store any of the data handled by Watson.

“You have to be very careful about the security skills of the people providing the solution,” said Gené. “That means if they’re geniuses in their domain, but they don’t care about security, and there are failures in their system, you can expose your company, yourself as a physician, and your patients. This has to be something that must be looked at very carefully.”