In an observational study, the more extreme the difference between weather’s daily lows and highs, the greater the rise in STEMI cases. 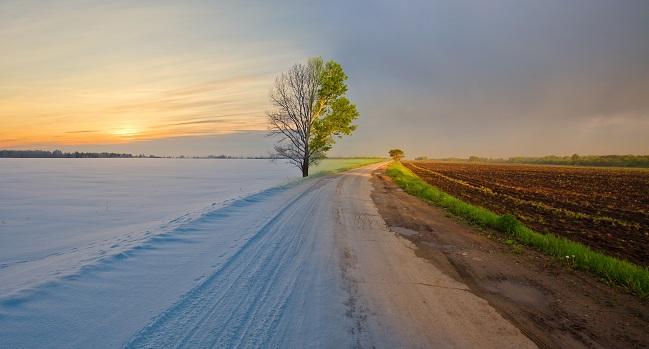 Wild shifts in the weather are not just confusing and annoying, they may have health implications, according to new research that links swinging temperatures with cardiovascular problems.

“As the temperature fluctuation increases, the likelihood of having a myocardial infarction increases,” said senior author Hitinder Gurm, MD (University of Michigan, Ann Arbor), in a web briefing for reporters hosted by the American College of Cardiology (ACC) ahead of the group’s annual meeting.

For every 9-degree-Fahrenheit differential between the daily low and high temperatures, the risk of MI increased by about 5%, the analysis suggests. Although large fluctuations were relatively infrequent overall, the researchers found an approximate 10% increase in MIs on days when the temperature rose or dropped by more than 30 degrees. The effect was most pronounced when the temperature got warmer throughout the day as opposed to colder.

“When we modeled this, a fluctuation of 37 to 40 degrees Celsius (66.6 to 72 degrees Fahrenheit) would give you almost a doubling of the risk of myocardial infarction,” Gurm added.

The study is scheduled for presentation by lead author Hedvig Andersson, MD (University of Michigan, Ann Arbor), at the American College of Cardiology (ACC) 2018 Scientific Session in Orlando, FL, on March 10, 2018.

Andersson et al analyzed information on 30,404 STEMI patients treated with PCI at 45 hospitals in Michigan between 2010 and 2016. Information on daily temperatures from WeatherUnderground.com was assessed by hospital zip code. The researchers looked at the maximal and minimal temperatures for each day at 24 hours, 48 hours, and 1 week prior and 2 weeks prior to the STEMI.

“The strongest association is the change in temperature on the day of the myocardial infarction,” Gurm said.

Although causality could not be established from the study, Gurm said extreme weather events are concerning, adding that where people live might determine if they are potentially at increased risk of MI.

Global warming, he explained, is anticipated to cause not only these extreme events and higher average temperatures but also “reduced daily temperature range, which might result in opposing impact on cardiac health.” The combined effect of these opposing forces is not yet known, Gurm said.

For now, Gurm suggested, more study of the issue is needed to determine if there are strategies that could negate the negative effects of temperature fluctuations on the heart.

She added that it “makes you question whether it’s absolute temperature or the change in temperature that matters.” But since the study involved only one particular state, Gulati suggested it would be interesting to see if the findings translate to other geographical areas, and to try to determine if there are yearly differences in rates of MI based on weather.