The increase seems to be explained by a greater risk factor burden, but nobody can explain why black individuals have fewer nonfatal events. 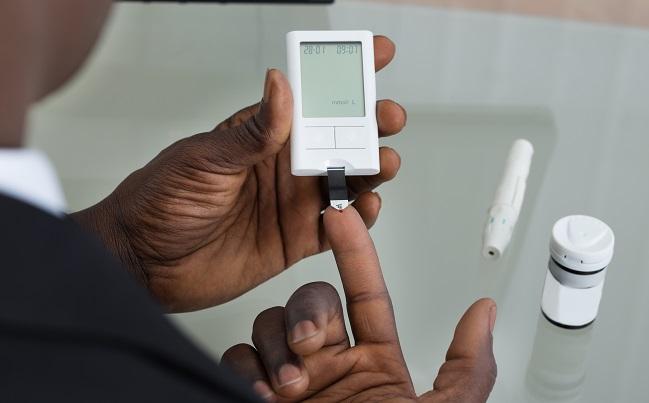 Black women, on the other hand, have a significantly increased risk of fatal, nonfatal, and total CHD events compared with white women, particularly among those younger than 65 years, report investigators.

“In the age-adjusted model, it tells us what’s actually happening, what we’re observing in the population,” senior investigator Monika Safford, MD (Weill Cornell Medical College, New York, NY), told TCTMD. “What we’re going to observe is, on average, blacks are going to die twice as frequently at presentation. The multivariate-adjusted model tells us why. When you put all of those risk factors into the model, the excess risk [of fatal CHD] almost entirely attenuates.”

If we want to get rid of this problem, what we need to do is a better job of preventing these risk factors in the first place. Monika Safford

Safford pointed out that the cumulative risk factor burden is more concentrated in African-Americans than in whites and these baseline differences in blood pressure, cholesterol levels, and incidence of type 2 diabetes, not to mention disparities in income and education, appear to drive the increased risk of fatal CHD.

The study was published online today in Circulation.

To TCTMD, Safford noted that in 2012 they showed black individuals had a higher risk of fatal CHD compared with their white counterparts—a difference that was largely attributable to their higher risk factor burden—but there was data suggesting black men had a lower risk of nonfatal incident CHD.

“For some strange reason, we just saw this signal,” she said. “Black men, despite the fact they’re twice as likely to die at the time of the presentation, if they didn’t die, they were quite a bit less likely than white men to have these nonfatal events. It was a little bit of a headscratcher. When we did the multivariate analysis, that effect, if anything, grew stronger as we added in the confounding variables.”

Given the puzzling findings, the researchers analyzed longer-term data from the Reasons for Geographic and Racial Differences in Stroke (REGARDS) study, which was where they first saw the signal, as well as the Atherosclerosis Risk in Communities Study (ARIC) and the Cardiovascular Health Study (CHS). Included in the analysis were 14,967 and 13,118 men and women aged 45 to 64 years in ARIC and REGARDS, respectively. They also analyzed outcomes of 4,626 and 7,493 men and women ≥ 65 years in CHS and REGARDS, respectively. All patients were free from CHD at baseline.

For men aged 45-64 years in ARIC, the risk of fatal CHD was twofold higher among black compared with white individuals in an age-adjusted risk model, but the association was no longer significant when investigators adjusted for social determinants of health and cardiovascular risk factors. In the fully adjusted model, the risk of nonfatal CHD events was 36% and 33% lower in ARIC and REGARDS, respectively. Similar results were observed in men ≥ 65 years in CHS and REGARDS.

For women aged 45-65 years, comparable results were observed: in the fully adjusted risk model, the risk of fatal CHD in black women was similar as that observed in white females, but black women had a significant 30% lower risk of nonfatal CHD in the ARIC study (and a trend toward a lower risk of nonfatal CHD events in REGARDS). Among the older women in CHS and REGARDS, there was no significant difference in fatal or nonfatal CHD events between black and white females.

Vincent Bufalino, MD (Advocate Health Care, Naperville, IL), who was not involved in the new analysis, pointed out that social aspects of health, which include education and income, are important determinants of cardiovascular health. For example, in more impoverished areas, individuals are less likely to exercise or have access to healthy food choices.

“In some of these populations, they probably have less access to care, and they are doing less prevention, so it wouldn’t surprise you to find their risk of fatal CHD is higher,” said Bufalino. These people might not seek care when they have symptoms or ignored their risk factors, he added.

Regarding the lower risk of nonfatal CHD events in the black men, Safford said they were initially concerned the signal might be an “artifact” of the REGARDS cohort, mainly because African-American men tend to be less engaged in the healthcare system than women or white men. This might have led to differences in the ascertainment of clinical events, such as undetected MIs among black men.

“But over time, that has absolutely not panned out,” she said. “If anything, the finding is very durable and we don’t really know why this is. We do know it is a consistent finding and one that deserves more attention.”

Bufalino, a spokesperson for the American Heart Association, was equally confounded by the lower risk of nonfatal CHD among black compared with white study participants, telling TCTMD “it doesn’t really fit with the rest of the story.” He agreed with Safford that the finding needs further study.

Safford said aggressive risk factor management and prevention efforts are needed in African-American patients, specifically men. Given their doubled risk of a fatal first CHD event compared with white men, physicians need to do a better job at controlling blood pressure, cholesterol levels, and type 2 diabetes. She noted that such efforts lead to tangible results, highlighting the recent Kaiser Permanente efforts to close racial disparity gaps in the management of hypertension.

Black Individuals Have Less A-fib, but When They Do, the Consequences Are More Dire