NSAIDs are not benign and should be avoided in patients on warfarin or dabigatran, according to researchers. 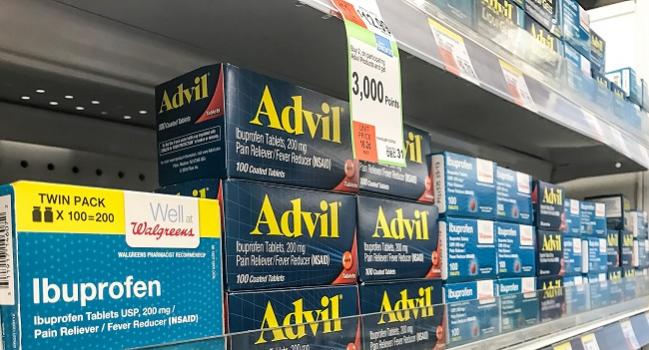 Concomitant use of nonsteroidal anti-inflammatory drugs (NSAIDs) and oral anticoagulants by patients with A-fib can lead to serious bleeding problems, thromboembolism, and stroke, according to a new analysis from the RE-LY trial.

Although NSAIDs are widely used and effective for pain management, senior researcher Michael D. Ezekowitz, MD, PhD (Thomas Jefferson University, Philadelphia, PA), said that “in this particular setting of patients with atrial fibrillation who are anticoagulated, they should be avoided.”

To TCTMD, Ezekowitz stressed, however, that the findings cannot be extrapolated to non-vitamin K antagonist oral anticoagulants (NOACs) other than dabigatran (Pradaxa; Boehringer Ingelheim), which was tested against warfarin in RE-LY, without further research.

In an accompanying editorial, Sam Schulman, MD, PHD (McMaster University and Thrombosis and Atherosclerosis Research Institute, Hamilton, Canada), and James Aisenberg, MD (Icahn School of Medicine at Mount Sinai, New York, NY), note that “growing numbers of older adult patients concurrently consume NSAIDs and an oral anticoagulant.” They suggest that NSAID use should be moderated when appropriate and that Cox-2 inhibitors should be considered.

The new post hoc analysis, which was led by Anthony P. Kent, MD (Yale New Haven Health, Bridgeport, CT), examined data from 2,279 RE-LY trial patients who reported using an NSAID at least once during the study period. The main trial included 18,113 patients with A-fib who were randomized to dabigatran 110 mg or 150 mg twice daily or to warfarin.

NSAID users also were more likely to require hospitalization than nonusers (HR 1.64; 95% CI 1.51-1.77). Intracranial hemorrhage, MI, and all-cause mortality, however, were not affected by use of NSAIDs.

In a time-varying model, risk of stroke/systemic embolism occurred at a rate of 2% per year among NSAID users on oral anticoagulants compared with 1.4% per year for those not using any NSAIDS (P = 0.007). Among stroke types, ischemic stroke appeared to be most significantly elevated due to NSAID use. All-cause mortality was 3.3% per year among those not using NSAIDS versus 4.3% in the NSAID group.

According to Kent and colleagues, the increased bleeding with NSAIDs “was likely a result of its antiplatelet effects and a reduction in gastric mucosal protection.” They add that updated guidelines and better nonpharmacologic and pharmacologic therapies “are needed to address analgesia in patients with heart disease because current approaches with NSAIDs and opioids pose a risk to patients.”

To TCTMD, Ezekowitz said there are not many options for patients in this population who require daily pain relief for other conditions and who find acetaminophen, for example, too benign to be of any help for their chronic pain. In certain cases, NSAIDS may be the only safe option.

“[NSAIDS] are not absolutely contraindicated in these patients,” he noted. “The point we want to get across is that NSAIDS are not without risk and that this should be very carefully considered by primary care physicians and others in this setting.”

Shulman and Aisenberg point out that a proton-pump inhibitor (PPI) should usually be co-prescribed with an NSAID. Yet in the RE-LY analysis, only 16.5% of patients on an NSAID were taking a PPI despite expert consensus documents advocating such a strategy to curb GI bleeding. Still, the editorialists say, another conundrum is that blocking acid production at the parietal cell does not prevent bleeding distal to the ligament of Treitz, adding that “dismayingly, it may even promote lower GI bleeding via alterations in the microbiome, with consequent activation of the innate inflammatory cascade in the small intestinal mucosa. Unfortunately, we have double trouble but no single way out.”

NSAIDs Plus Anticoagulants a Bad Combination

Dabigatran Recommended as Alternative to Warfarin in A-fib Patients