The blood conservation effort led to a decrease in perioperative morbidity and should be used for future surgeries going forward, experts say. 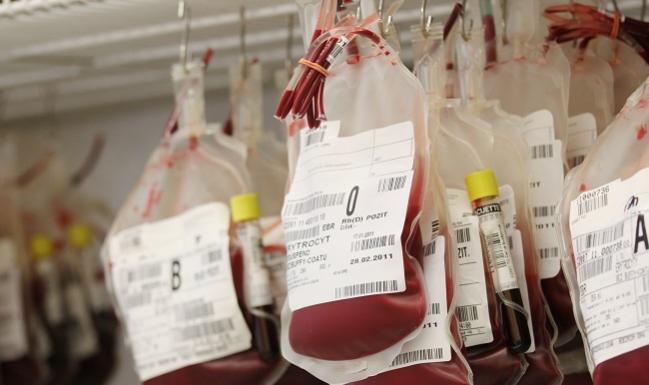 SAN DIEGO, CA—A program of intraoperative autologous blood donation (IABD) is safe and effective for reducing the need for transfusions in cardiac surgery, as well as for minimizing perioperative morbidity, according to a new study. The data build upon prior research that should encourage surgeons to adopt blood conservation strategies for their surgeries going forward, experts say.

“This is not necessarily a new technique, new technology, [or] a new thought process, but it still hasn’t gained widespread acceptance,” Eric Zimmermann, MD (Oregon Health & Science University, Portland), explained during a presentation here at the annual meeting of the Society of Thoracic Surgeons (STS), noting that nearly half of cardiac surgeries require some sort of blood product transfusion.

With the 2011 joint STS and Society of Cardiovascular Anesthesiologists guidelines prioritizing the importance of blood conservation, Zimmermann’s former institution, NewYork-Presbyterian Queens, enacted a uniform protocol in 2013 that mandated removal at least 400 cc of autologous blood from cardiac surgery patients immediately prior to surgery that would be stored in citrated bags in the operating room and returned following the reversal of heparin and cessation of bypass. Emergent cases were excluded.

Prior to 2013, IABD was used in only about 20% of cardiac surgery cases at their institution, but is now used in roughly 98% of surgeries, Zimmermann said, noting that the protocol is not used for severely anemic patients or those in whom blood cannot otherwise be spared.

The reasons why IABD works are still subject to future investigation, Zimmermann acknowledged. “We're planning on conducting a prospective study in which we can actually bank the blood, perform analyses, and see if we can establish a biochemical understanding of why this happens,” he said.

However, he stressed, the study results emphasize that “this isn’t just something for large academic institutions. This was done at an academic-affiliated community hospital.” So long as there is buy-in from the surgeons, anesthesiologists, and perfusionists, it can work even at small institutions, Zimmermann concluded.

Discussing the study during a press conference, Gabriel Aldea, MD (University of Washington, Seattle), said he has been studying various blood conservation techniques in cardiac surgery for over 25 years. “Very interesting to me,” he said, “was that this wasn’t just an experiment in, ‘Can we decrease transfusion and resource utilization?’” Instead, the study is gratifying in that the protocol designed to decrease transfusion led to a dramatic improvement in meaningful clinical endpoints, he observed.

“Also interesting, if you look at the amount of chest tube drainage, you see a dramatic improvement beyond what you see as far as bleeding,” continued Aldea. “So somehow the blood elements are more intact and perhaps a decrease in the transfusion of blood components from the blood bank results in a very dramatic improvement in clinical outcomes.”

Teamwork is what really makes this happen. Eric Zimmermann

At this point, the data indicate that surgeons should be using every technique they can—including IABD, reduction of circuit length in bypass machines, and retrograde autologous priming of the pump—to conserve blood for their cardiac surgery patients, Aldea stressed. “Start with one and add others as the team becomes more sophisticated.”

The biggest barriers to making these practices more standard seem to be behavioral. “People know about this and they know it works but there’s still variability,” Zimmermann told TCTMD. “It's as much an exercise in change culture as it is applying a particular technique. . . . For the perfusionist, it meant keeping track of another number and potentially running a little bit closer to the 'red line' of comfort. But there are tiny incremental changes we can make and that require interdisciplinary cooperation. Teamwork is what really makes this happen.”

Robbin Cohen, MD (Keck Medicine of USC, Los Angeles, CA), who moderated the press conference, said he has “been a proponent of this technique for some time, and I think it's important to emphasize that it eliminates inconvenience and cost associated with the blood bank. The product that you're getting back, by virtue of the fact that it's fresh and whole blood, is better than anything that you can get from a blood bank.”

Both Zimmermann and Aldea said they had never experienced any of those adverse events, but that the benefits of IABD would outweigh those risks. “We haven’t seen any significant complications, so I think this is broadly applicable,” Aldea commented. “This is just one more positive study in a series of positive studies, so it just tells us that the concept itself is very sound.”

Dedicated Coronary Teams May Be Key to Optimizing CABG Outcomes