Dedicated Coronary Teams May Be Key to Optimizing CABG Outcomes

In just 3 years, one center lowered its mortality rate from a high of nearly 6% per year to less than 1%. 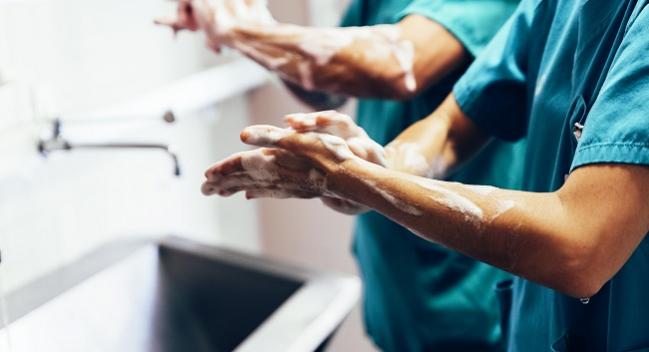 A team dedicated exclusively to CABG surgery may be the answer for hospitals that are struggling to improve their clinical outcomes, researchers suggest.

When the University of Maryland Medical Center saw that its operative mortality rates—fluctuating from around 0.5% to close to 6%—were not up to industry standards, they implemented such a program to streamline their CABG care. In a paper published online July 26, 2018, ahead of print in the Annals of Thoracic Surgery, the group reports significant improvements in morbidity, mortality, and operative factors following adoption of the specialized approach.

"Having a team that does the same thing day in and day out is key,” said lead author A. Claire Watkins, MD, who is now at Stanford University School of Medicine, CA. She noted that while much research has been devoted to examining how the volume of individual surgeons and hospitals impact CABG outcomes, her group’s experience adds a different perspective.

“The entire team rededicating and refocusing is what made things better, not necessarily one surgeon,” she told TCTMD.

Beginning in 2013, the University of Maryland Medical Center assembled the dedicated CABG team led by a senior surgeon, who was held accountable for clinical outcomes. That surgeon evaluated all referrals and distributed cases to surgeons on the team, who were assisted by coronary service nurse practitioners and other dedicated team members, including a physician assistant for vein harvest/first assist. Surgical approach and operative techniques were standardized as part of the program model.

Prior to implementation of the dedicated team, 16 surgeons were performing CABG annually at the center. That number dropped to 10 once the program began, with 70% of total CABG cases being performed by the senior surgeon.

Mortality decreased from a mean of 2.67% per year prior to implementation of the specialized coronary surgery program to 1.48% after the program was started (P = 0.02). After the high of nearly 6% in 2012, the following years saw a leveling off of mortality with rates remaining below 2%, reaching 0.9% by 2016. Despite similar STS PROM scores during the time before and after the program began, the observed/expected mortality ratio improved from 1.67 to 1.00. The researchers also calculated that approximately five deaths were prevented through use of specialization.

Other clinical differences seen after implementation of the program included a lower rate of stroke with permanent deficit (0.7% vs 1.6%; P < 0.0001), less prolonged intubation, and fewer postoperative blood transfusions (36% vs 49%; P < 0.0001). However, patients treated during the period of the specialized program had a 3% higher rate of hospital readmissions.

Watkins and colleagues attribute the improvements in outcomes to less variability in the day-to-day process, strengthened mentoring of junior surgeons, and a much stronger quality-review process.

Interestingly, the group chose to abandon advanced robotic and off-pump techniques, which they note are associated with steep learning curves.

To TCTMD, Watkins said feedback from team members has been positive. “A lot of surgeons hate the idea of doing the same thing every day, but when you do it well and you have fun doing it, and the team feeds off the improved outcomes, it is really quite satisfying,” she concluded.

Is It Really About the Team?

Edward Hannan, PhD (State University of New York, Albany), who was not involved in the study, noted that with the senior surgeon doing 70% of the CABG cases, it is difficult to attribute all the improvements to the team as a whole.

But Hannan also questioned whether it is wise for a program to be so dependent on one surgeon to perform the majority of their cases.

“What happens if that one guy is out of commission for a while? Does that mean that everything is in the hands of people who haven't done very many [surgeries] and results get really bad?” he said.

Another issue, Hannan noted, is the 3% increase in readmission rate during the years of the specialized program. “It’s obviously something that needs to be investigated. This time period [2013-2016] was the era where readmissions really came under the microscope and I would think that readmissions would have decreased. That’s kind of a surprise,” he said.

Where Theory Meets Practice: Getting to the Heart of the Heart Team