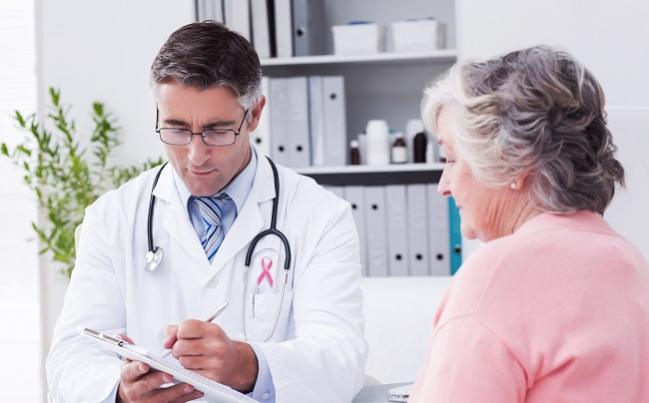 Patients with active cancers and severe aortic stenosis (AS) who are treated with TAVR have functional outcomes at 30 days and 1 year that are similar to those without cancer, according to a new study. While cancer patients are more likely to die in the year after treatment, many of those deaths are related to the cancer itself, not the valve intervention, suggesting that patients in whom a cancer has been recently diagnosed or even those who have a malignancy detected during their TAVR workup may be candidates for the procedure.

Study authors led by Uri Landes, MD (Rabin Medical Center, Petah Tikva, Israel), say their findings should be considered hypothesis-generating. They observe that 85% of patients in the study who had cancer at the time they underwent TAVR were alive at 1 year, with one-third of those either in remission or cured of the malignancy by that time.

"Given the age of the population we screen and perform TAVR in, cancer is not infrequent," he noted. "It's always a struggle for the heart team with what to do with these patients. I think this paper is very useful to show that TAVR patients with cancer do well at 30 days and there's no price to pay because of the procedure." Généreux added that it is also reassuring to see that at 1 year, mortality among those with stage one or two disease was similar to patients without cancer (HR 1.31; 95% CI: 0.96-1.78).

The study, published online January 7, 2019, in JACC: Cardiovascular Interventions, included data on 222 patients with active cancers and 2,522 control patients without cancer. The most common cancer types by frequency were gastrointestinal, prostate, breast, hematologic, and lung. In 12% of the cancer population, the malignancy was diagnosed during the CT scan performed as part of the TAVR screening process. Over the duration of the study (2008-2016) the proportion of TAVR patients who had cancer increased from 0.57% to 4% (P = 0.037).

Compared with controls, cancer patients had a higher adjusted 1-year mortality rate (14.8% vs 9.4%; P = 0.01). However, 75% of deaths among the cancer group were noncardiovascular in nature, with half attributed to the cancer.

Propensity-score matching revealed no significant differences between the control and cancer groups for in-hospital and 30-day mortality, cerebrovascular events, bleeding events, vascular complications, need for pacemaker, or acute kidney injury. Mortality at 1 year was higher again in the cancer group compared with controls (14.9% vs 9.0%; P < 0.001). Having stage III or IV cancer at the time of TAVR was associated with the highest risk of mortality (HR 3.21; 95% CI 2.35-4.35).

Results for valve function and symptomatic outcome from TAVR were reassuringly similar between the cancer and control groups. Approximately half of all TAVR-treated cancer patients were in NYHA functional class I at 30 days, and the benefit persisted at 1 year.

Cancer Should Not Be Equated With Futility

Landes and colleagues point out that the introduction of TAVR has raised awareness not only about futility questions surrounding patients with cancer and valve disease, but also about ensuring they receive optimal beneficial treatment for both their cancer and their AS.

“One should bear in mind that untreated severe symptomatic AS is a malignant disease by itself in terms of its dreadful prognosis,” they write. “In patients with cancer, AS creates a greater misfortune, as it may interfere with optimal antineoplastic therapy (ie, high-risk oncological surgery or oncological drug intolerance.” Additionally, afterload reduction with ACE inhibitors or ARBs to attenuate the LV dysfunction and heart failure that may be caused by anthracyclines and other cancer treatments can only be undertaken if valve interventions are performed, Landes and colleagues note.

According to the researchers, “the heart team in conjunction with the oncologists should make individual multifaceted decisions about the treatment options, while recognizing that advanced cancer before TAVR should not unequivocally exclude patients but is a strong predictor of subsequent mortality.”

In an editorial accompanying the study, Niklas Schofer, MD (University Heart Center Hamburg, Germany), notes that data on cancer patients undergoing TAVR that might help with clinical decision-making are very limited, highlighting the importance of gathering “more data on outcome according to the type of cancer, quality of life, and symptom relief after TAVR as well as the cost-effectiveness of TAVR” versus optimal medical therapy. Until then, Schofer says, decisions about undertaking TAVR in patients with both cancer and severe aortic stenosis should be an individual judgment call based on interdisciplinary expert opinion.

Généreux agreed, noting that although most TAVR clinical trials have excluded cancer patients, clinicians should not rule them out for the intervention because the benefits that can be conferred are multiple and vary by patients and by their degree of symptoms and overall health.

“Compared to surgery, TAVR is a very good alternative for [cancer patients] because it's less invasive . . . and allows them to then undergo aggressive treatment for the cancer, such as surgery, or sometimes it is used to improve symptoms of mixed etiology that allows the patient to feel better for 1 year or two,” he said. Généreux added that even among patients being treated for stage 3 or 4 malignancies, aggressive resolution of severe aortic stenosis through TAVR is not always an unreasonable option.

“I strongly believe that sometimes we do give up too soon on these patients,” he said. “Obviously we should avoid the futile patients . . . but if a patient is willing to undergo TAVR and has a positive attitude and wants to beat the cancer, we should treat the AS, that’s for sure. Otherwise, you will compromise the capacity to treat the cancer.”

Bias Over Knowledge: Whether Patients Get Guideline-Recommended Statins Depends on Physician Beliefs

Continuing Anticoagulation During TAVR in A-fib Patients May Be Safe, Study Suggests

TAVR in Oncology Patients With Severe AS