A-fib patients with a history of cancer are less likely to receive anticoagulants, but getting prompt care may help address that issue. 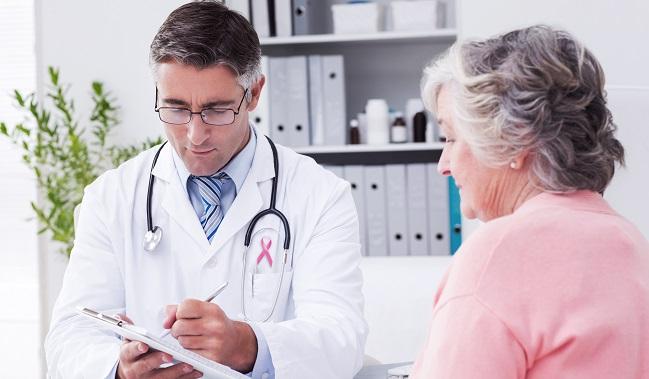 Among patients with A-fib, those who have a history of cancer are less likely to see a cardiologist, a study of claims data suggests. But those with a malignancy who do visit a specialist are likely to take away something positive from the encounter.

“We’re dealing with an aging population. Cancer therapies are getting better. We’re going to see more survivors of cancer, and by definition and just how the epidemiology works out, they’re going to be older and they’re going to have cardiovascular conditions,” O’Neal told TCTMD, adding that A-fib is frequently seen in patients with a history of cancer.

“Regarding how to move forward and how to best treat these patients, I think you’re seeing a lot of large centers have already moved toward . . . a multispecialty approach when dealing with patients who have oncologic issues,” he said. “Cardio-oncology is kind of an emerging field still in its infancy where patients may see an oncologist in the morning and a cardiology provider in the afternoon to further tailor their care.”

And that collaborative approach is particularly important, O’Neal said, because “a lot of these therapies that we prescribe really have to be decided on the individual patient level.”

Prior studies have shown that patients with a history of cancer—either active or in the past—who present with cardiovascular disease are less likely to receive guideline-directed therapies. O’Neal and colleagues wanted to explore how patients with cancer and A-fib are managed and whether they are seeing cardiologists early on. Early cardiology care has been linked to better outcomes in the general A-fib population, both in the United States and Canada.

To take a closer look at the subset of patients with A-fib who have a history of cancer, the investigators turned to Truven Health MarketScan databases containing commercial and Medicare claims from 2009 to 2014. The analysis included 388,045 patients with A-fib (mean age 68; 59% men), 17% of whom had either active or prior cancer. The most common cancer diagnoses involved the prostate and breast.

Those who did see a cardiologist seemed to derive some benefit in terms of increased use of oral anticoagulation and a lower stroke risk. “I think overall this makes a nice point that . . . seeing a cardiology provider is beneficial in this patient population, and we really need dive in further to understand the intrinsic differences in why some of these patients make it to a cardiology provider and why some do not,” O’Neal said.

To explain that, O’Neal said cardiologists are likely to see patients with more severe disease and to treat cardiovascular disease more aggressively than primary care physicians, a point supported by greater use of antiarrhythmic and heart failure therapies in patients who received cardiology care. “I don’t think that’s anything to worry about per se,” he said.

In an accompanying editorial, Sean Chen, MD, and Chiara Melloni, MD (Duke University, Durham, NC), point out that managing patients with A-fib and cancer can be challenging because of “unpredictable changes in thrombosis and bleeding risk” and difficulties in using warfarin because of drug interactions and varying nutritional status. There is also limited experience in using direct oral anticoagulants in this setting.

When interpreting the potential clinical implications of the study by O’Neal et al, they say, there are some issues to consider due to the observational design of the analysis, particularly regarding the mechanisms linking cardiology care to better outcomes.

“Nevertheless, the investigators should be commended on an insightful and thought-provoking analysis. This is one of the first studies identifying the suboptimal use of anticoagulation therapy in this population,” Chen and Melloni write. “Furthermore, the results of the study make a compelling argument that early cardiology involvement is associated with lower rates of stroke without higher bleeding risk, even in those with actively treated cancer.”

Though not every patient newly diagnosed with A-fib needs to be referred to a cardiologist, “high-risk cancer patients would likely benefit from initial cardiology consultation for diagnostic assessment and consideration of different therapeutic options,” they say.

Ultimately, “the management of cancer patients must extend beyond their primary malignancy and will require an interdisciplinary approach from oncologists, primary care providers, and other subspecialists,” Chen and Melloni conclude. “The increase in survivorship is a testament to the dramatic improvements in cancer therapy, but continued emphasis on a patient’s diagnosis of cancer can shift significant attention away from other essential aspects of care.”

Because atrial fibrillation is an important comorbidity in patients with cancer, they write, “future recognition and appropriate management of AF in this setting will be crucial in reducing morbidity and mortality in this vulnerable population.”

A Visit With a Cardiologist May Improve A-fib Outcomes