If patients with chemotherapy-induced cardiomyopathy are otherwise candidates for CRT, they should get it, one expert says. 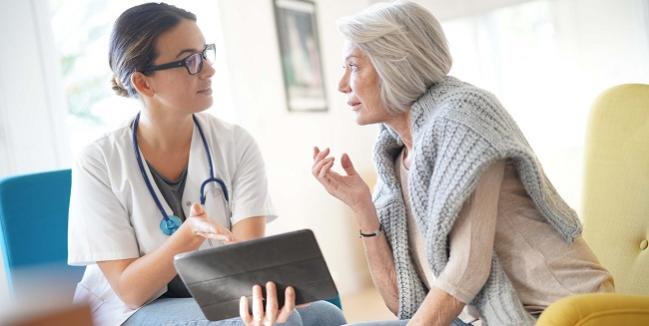 SAN FRANCISCO, CA—Patients who develop chemotherapy-induced cardiomyopathy even decades after their cancer treatment seem to benefit from cardiac resynchronization therapy (CRT) if they would otherwise be candidates for it, results from the single-arm MADIT-CHIC study indicate.

In addition, 41% of patients had an improvement in NYHA status and 83% had no overt heart failure symptoms. There was only one heart failure event and no deaths.

Though limited by the small sample size (30 patients), the short duration of follow-up, and the lack of a control group, the study is the first to systematically examine the impact of CRT in this population, Singh said.

Commenting for TCTMD, HRS spokesperson Jodie Hurwitz, MD (Medical City Hospital, Dallas, TX), said this subset of patients has not been well studied and the findings indicate that “if these patients meet criteria for implantation of a CRT device, they should get a CRT device.”

“We’re learning that these patients need to be followed much longer than we had initially thought, that we need to take their symptoms seriously, and that we need to look for cardiac disease in a lot of these patients,” Hurwitz said. “Oftentimes when they start having symptoms, you think it may be recurrence of the cancer when it’s really heart failure symptoms that they’re exhibiting.”

In an interview with TCTMD, Singh explained that a substantial proportion of cancer survivors will eventually develop heart failure, largely because of the adverse effects of chemotherapeutic agents on the heart and its electrical conduction system.

But chemotherapy-induced cardiomyopathy—which carries a particularly high mortality rate—is underrecognized, he said, because it can develop several months, years, or even decades after cancer treatment. In this study, for instance, the interval between chemotherapy and CRT initiation ranged from 18 months to nearly 25 years. “It’s an orphan cohort of patients, really, that has not been specifically studied,” Singh said.

After an initial experience in which a handful of patients with chemotherapy-induced cardiomyopathy responded well to CRT, Singh and his colleagues set out to more systematically evaluate CRT’s potential in this setting in the MADIT-CHIC study, a prospective investigation performed within 12 cardio-oncology programs in the United States. The researchers enrolled patients who had been exposed to chemotherapy known to cause LV dysfunction, did not have evidence of heart failure before exposure, developed clinical heart failure with systolic dysfunction at least 6 months after they completed cancer treatment, had no other cause of cardiomyopathy, and had a class I or IIa indication for CRT.

Most of the 30 patients included in the study (87%) were women. Most patients had a history of breast cancer (73%) and treatment with anthracyclines (76%). All patients had nonischemic cardiomyopathy and were receiving optimal medical therapy.

The primary endpoint was the change in LVEF from baseline to 6 months, and across the cohort there was a mean absolute increase of 11% (from 28% to 39%). That finding was consistent in various subgroups, and all but one of the patients had an improvement (there was minimal change in one).

I think we have a device therapy here that actually can turn them around, at least in the short term. Jagmeet Singh

Serving as a discussant after Singh’s presentation at a late-breaking clinical trials session, Kenneth Ellenbogen, MD (Virginia Commonwealth University, Richmond, VA), highlighted the dearth of evidence and guidance regarding use of devices for the treatment of patients with chemotherapy-induced cardiomyopathy. “We really don’t know much about what that is and how to manage it,” he said. “So in that regard, this study was really formidable.”

He acknowledged the limitations of the study, but said that it demonstrated major improvements in cardiac performance with CRT. “The data is surely striking. The CRT response is dramatic in this homogeneous group of patients studied for the first time,” he said. “I think as clinicians, we have to have a high level of suspicion in cancer survivors that in fact they have chemotherapy-induced cardiomyopathy.”

Ellenbogen concluded that “for patients who have chemotherapy-induced cardiomyopathy who qualify for CRT, we can be pretty positive and pretty optimistic when we talk to those patients about their response to CRT.”

Singh agreed. “I think we have a device therapy here that actually can turn them around, at least in the short term,” he told TCTMD. He acknowledged that they don’t yet have long-term data, but noted that improvements in LVEF—as demonstrated here—are associated with gains in survival.

For Hurwitz, the study highlights a ubiquitous problem in cardiac electrophysiology. “I think one of the many themes that we’ve seen throughout this meeting is that there’s still underutilization of these devices in appropriate patients,” she said. “Whether they’re the cardio-oncology patients, whether they’re the general population of patients who have depressed ejection fractions, it’s amazing how underutilized these devices still are. So if this is just yet another population of patients where we can open some people’s eyes for appropriate therapy, I think it’s going to be wonderful.”

Bariatric Surgery Linked to Survival Advantage After MI and CVA

Grapefruit Juice Prolongs QT Interval, but How Much Does It Matter?

Anthracycline-Based Chemotherapy Linked to Valve Disease, Even in Absence of Radiation