The study is a ‘call to action’ for cardiologists to build connections with oncologists and patients after cancer diagnoses, experts say. 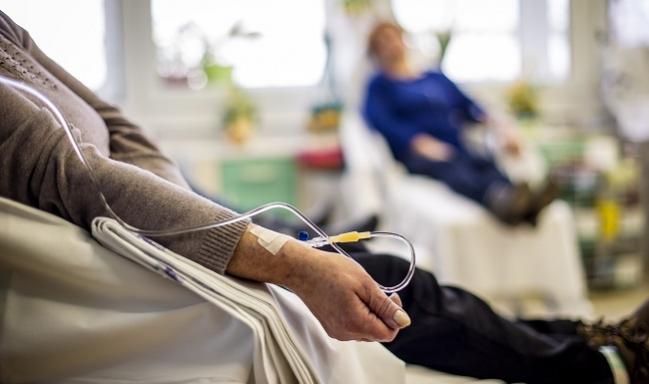 Cancer patients are at substantially higher risk for arterial thromboembolism compared with patients without malignancies, according to a retrospective matched-cohort study.

Complications of cancer are manifest for patients, both from the disease and its treatments. While venous thromboembolism is commonly known to occur in this population, “incident cancer is not an established independent risk factor for arterial thromboembolism, and patients with cancer do not routinely receive therapies to prevent myocardial infarction and stroke,” write lead study author Babak Navi, MD, MS (Weill Cornell Medicine, New York, NY), and colleagues.

The greatest risks for arterial thromboembolism were seen among patients with lung cancer and those with late-stage disease, although patients with early-stage cancer were still at high risk. Excess risk attenuated over time and was generally resolved by 1 year.

Median survival for the cancer population was 5.2 years. Development of arterial thromboembolism was associated with an elevated risk of death (HR 4.0; 95% CI 4.0-4.1), a relationship that remained after adjustment for matching factors (HR 3.5; 95% CI 3.4-3.5).

Study data came from the Surveillance Epidemiology and End Results registry, as well as Medicare claims data from 2002 to 2012. Cancer cases included all new diagnoses of primary breast, lung, prostate, colorectal, bladder, pancreatic, or gastric cancer or non-Hodgkin lymphoma in adults 66 years or older, and patients were matched by age, sex, race, geography, and comorbidities.

“Our findings raise the question of whether patients with newly diagnosed malignant cancer, particularly those with advanced disease, should be considered for antithrombotic and statin medicines for primary prevention of cardiovascular disease,” write Navi and colleagues.

Natalie Evans, MD (Cleveland Clinic, OH), a vascular medicine specialist who was not involved with the study, agreed. “What happens a lot of times is patients get diagnosed with cancer and we kind of feel like they have bigger fish to fry and we ignore their cardiovascular risk factors,” she told TCTMD. “In fact, these are potentially patients with acute plaque rupture and they should be on antiplatelet agents and have better management of their hypertension and be on cholesterol-controlling medications.”

The important takeaway from this study is “not to forget the other risk factors just because we're treating these people for cancer,” Evans added.

For physicians active in the emerging field of cardio-oncology, these findings are “probably more validating than surprising,” Daniel Lenihan, MD (Vanderbilt University Medical Center, Nashville, TN), who was also not involved with the study, told TCTMD. While the definition of cancer alone is “definitely a stressor,” many modern treatments target the vascular system, leading to increased strain on the patient. Anti-vascular endothelial growth factor therapies, for example, are “intended to decrease blood flow to cancers by essentially causing capillaries to involute,” he explained.

So it is critical for anyone treating cancer patients to understand what is happening at a vascular level, Lenihan said, whether they be oncologists or cardiologists. This is especially important because the rate of arterial thromboembolism is only going to go up as cancer treatments evolve and patients live longer, he added.

“We’re very aggressive about preventing thrombotic events in your average cardiology patient,” Lenihan said. “The truth is that we should apply that same aggressive, preventive approach for cancer patients because they are being exposed to ever increasingly complex medications, many of which have a strong vascular component to them.”

Before cardiologists jump to treating cancer patients like any other with preventive treatments, “it needs to be proven that it's beneficial because there are risks to starting a cancer patient on an aspirin or another blood thinner or a statin especially because they are often fragile,” Navi told TCTMD. “Cancer patients are particularly prone to bleeding, so we don’t know if the benefits of these drugs would outweigh their risks. However, I do think that we need to start studying these treatment options vigorously in clinical trials.”

It’s clear, however, that a cancer diagnosis inherently affects the overall management of a patient with MI or stroke. Reflecting on his experience, Navi said that often after a cancer patient has a stroke “many oncologists will take a step back in how aggressively they treat that patient, and they’ll halt or permanently stop administering potentially lifesaving cancer treatments because they think the patient's prognosis is bad, or their performance status is too poor to justify treatment. It becomes a little bit of a self-fulfilling prophecy where they're not treated for their cancer because they had a stroke so then they have more strokes followed by more cancer complications and ultimately their cancer progresses and they eventually die.”

In an accompanying editorial, Edward Yeh, MD, and Hui-Ming Chang, MD, MPH (University of Missouri, Columbia), note that when a cancer patient has an MI, there is often a “management dilemma. Should the cardiologist take a nihilistic approach to provide supportive care only? Or, should more aggressive ischemic workup and interventions be pursued?” they ask.

The onus of administering preventive cardiac care to cancer patients ultimately falls to the cardiologist, “partly because I think the oncologists already have a complex enough job,” Lenihan said. “I would like to raise my hand in this setting and say the patient is overwhelmed, the oncologist is overwhelmed, so here I am, I'm not overwhelmed. So I need to do this.”

These findings also speak “to a great challenge on the cardiology side to build better connections with the oncologists in their practice arena, but also to make a stronger connection to the patients and say this is what we do, this is how we prevent these problems,” Lenihan said.

Evans agreed that the paper is a “call to action” for cardiologists, but also to other specialties. “We do a really bad job of [treating the whole patient] in medicine in general, but yes, we all should be doing more of that. It really makes the argument for having really strong internal medicine and multidisciplinary care,” she said.

Ultimately, Navi said that he hopes this study “brings to light that these patients are high risk for heart attack and stroke. There needs to be more focus on preventing these events. Beyond controlling cancer activity and achieving a cure, oncologists and vascular specialists need to band together to ensure that cancer patients are also free of disabling cardiovascular events.”

Prior Cancer and Chest Radiation Not Associated With Worse PCI Outcomes