As the kinds of interventions change and grow, involving new team members, cath labs need to adapt to make sure everyone is protected, experts say. 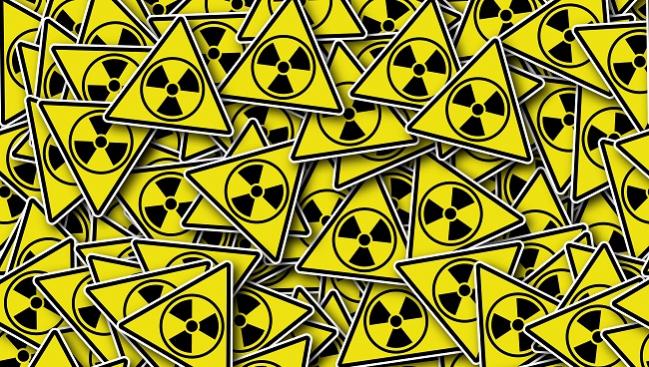 During structural heart procedures, transesophageal echocardiography (TEE) operators are exposed to a dose of radiation that is comparable to that of the primary operator, but the installation of a ceiling-suspended lead shield can reduce this exposure by 82%, according to new research.

Prior studies have primarily looked at protecting interventional cardiologists from radiation exposure, and none “were inclusive of radiation dose to TEE operators in this environment,” write lead study author James Crowhurst, BSc (Hons) (The Prince Charles Hospital, Chermside, Australia), and colleagues.

Looking at these individuals specifically is important, they explain, because while “primary operators, usually the cardiologist performing the procedure, have tableside and ceiling-suspended lead shields in place to protect them from the harmful effects of radiation, [there is] often no specific additional protection installed at the head end or left side of the procedure table where the TEE operator would stand.”

The findings, published in the March 20, 2018, issue of the Journal of the American College of Cardiology, support the need for additional measures to be taken to protect TEE operators working on structural heart procedures, Ryan D. Madder, MD (Frederik Meijer Heart & Vascular Institute, Grand Rapids, MI), who was not involved with the study, told TCTMD.

“The introduction of the TEE operator to the cath lab team is a relatively new phenomenon,” he said. “These structural heart procedures weren't necessarily around or at least commonplace 10 to 15 years ago, and so cath labs haven't been designed to protect these individuals. I'm hopeful though as time goes forward that more and more labs will strongly consider instituting shielding for the interventional echocardiographers.”

Before and After the Shield

For the first part of the study, Crowhurst and colleagues looked at 98 consecutive TEE-guided procedures at their institution’s single hybrid operating theater between September 2014 and November 2015. The four main physicians—including the primary operator, secondary operator, anesthetist, and TEE operator—all wore instantly downloadable dosimeters to measure their exposure throughout the procedures.

While all operators wore lead aprons and collars, other protection mechanisms varied. Both the primary and secondary operators stood to the right of the patient (with the exception being during surgical-access TAVR, when the primary operator would stand either to the patient’s left or at the head) and were protected by a table-mounted lower-body radiation shield and a ceiling-mounted lead shield. The anesthetist was positioned at the head of the patient and was provided with a wheeled lead shield. The TEE operator was also standing at the head of the patient toward the patient’s left side with access to the wheeled shield near the anesthetist, but positioned with his or her back to the radiation source.

For the second part of the study, the researchers installed a ceiling-suspended lead shield at the head of the patient that the TEE operator could use for extra protection, and a further 50 procedures were analyzed. Compared with the initial set of procedures, median radiation exposure was reduced for TEE operators by the additional shield by 81.7% to 0.48 µSv (P < 0.001). Measurements for the other three operators were not affected.

“This study highlights a comparatively significant scattered radiation dose to TEE operators during percutaneous structural intervention, with the associated risks involved,” Crowhurst and colleagues write. “With the additional ceiling-mounted lead protection in place, radiation dose to [the TEE operator] was reduced dramatically. On the basis of these results, [we] advocate that similar shielding devices should be implemented in cardiac catheterization theatres and hybrid operating theatres where TEE operators are used to facilitate these procedures on a regular basis.”

In an accompanying editorial, John Hirshfeld, Jr, MD, Paul Fiorilli, MD, and Frank Silvestry, MD (Hospital of the University of Pennsylvania, Philadelphia), agree with the authors’ conclusions and give several more examples of ways TEE operators could be better protected. For example, the operators could rely mainly on one hand to control the TEE probe, use a longer probe, or perhaps try a robotic remote-control probe, they propose. Additionally, the “TEE operator can step away from the radiation source when active TEE imaging is not needed,” the editorialists suggest, advising that this practice should be complemented with clear communication among all operators.

Currently, TEE operators “may be somewhat disadvantaged with respect to trying to protect themselves” from radiation, Madder said. “In the procedure, the interventional cardiologist usually is the one that has sole control over the fluoroscopy pedal and the cine angiography pedal, and so the TEE operator may not have a lot of control about how much radiation is used.”

He added that it would be “absolutely” reasonable for TEE operators, especially those working in older cath labs, to request the installation of ceiling-mounted lead shields to protect themselves given that they are “fairly inexpensive.”

According to Madder, future research should focus on the question of: “Is it better to stand with your back to the radiation or are there ways that you could face the front, so to speak, and would doses be lowered one way or the other?” He would also like to see studies on the effectiveness of suspended lead suits that hang above the operator, because they offer even thicker lead protection and would “presumably [reduce] the long-term risk of orthopedic injuries.”

Ultimately, “the developing effectiveness of structural cardiac interventions will likely lead to increased utilization of these procedures and, consequently, the potential for increased occupational exposure to interventionalists, TEE operators, and other surgical personnel,” the editorialists conclude. “Because the long-term effects of occupational exposure are not completely understood, it is important to continue to apply strategies to achieve further reduction in radiation exposure to all affected personnel. The importance of such efforts is not limited to the structural heart team, but rather is vital for all providers involved in X-ray fluoroscopy-guided procedures.”

‘Practical Guide’ for NOACs Gets an Update

RECAP: In the Cath Lab, a Lead-free Pad Placed on the Patient Cuts Operator Radiation Exposure