A new scientific statement clears up some misconceptions about smoking tobacco from water pipes and highlights potential dangers. 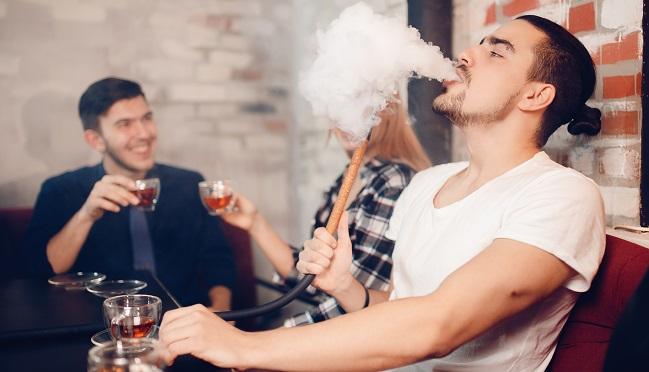 Although smoking a hookah may be seen by some as a fun social activity with little risk, the potential consequences of partaking in terms of cardiovascular health may be as bad as or worse than those seen with other forms of tobacco consumption, according to a new scientific statement from the American Heart Association (AHA).

Smoke from a hookah—one of many names given to water pipes used for smoking tobacco—contains nicotine and other toxic chemicals that are also found in cigarette smoke, chair of the writing committee Aruni Bhatnagar, PhD (University of Louisville, KY), stressed to TCTMD.

“There is a general perception that maybe it’s less harmful [but that] is not borne out by the scientific literature, which says that it is equivalent or even more harmful than tobacco smoking for the same duration of exposure,” Bhatnagar said, adding that people who smoke hookahs are at risk of getting addicted and transitioning to use of other tobacco products.

This new statement, published online March 8, 2019, ahead of print in Circulation, aims to draw attention to the potential dangers of smoking from water pipes, particularly the short- and long-term effects on heart health, which are expected to be comparable to those seen with other forms of tobacco use.

“We think that there is sufficient evidence to suggest that it would have harmful cardiovascular effects,” Bhatnagar said.

Use of a water pipe—which goes by many names, including hookah, narghile, argileh, shisha, and goza—varies around the world, with the highest rates seen in parts of western Europe, the Middle East, and Asia. In the United States, use is more intermittent and concentrated in youths and young adults.

In general, though, water pipes are growing in popularity. “The spread of water pipe tobacco smoking has been abetted by the marketing of flavored tobacco, a social media environment that promotes water pipe smoking, and misperceptions about the addictive potential and potential adverse health effects of this form of tobacco use,” the authors say.

The statement covers the design and operation of water pipes and how they’re used by youths and adults; what is in hookah smoke that is or may be harmful; the cardiovascular risks; approaches to getting people to stop using hookahs; advice for healthcare professionals; and areas in need of further research.

As noted by Bhatnagar, the constituents of water pipe smoke are similar to those found in cigarette smoke and include nicotine, particulate matter, carbon monoxide, volatile organic compounds, polycyclic aromatic hydrocarbons, heavy metals, and arsenic. But there are some differences in individual exposure to these elements based on how tobacco is consumed. Smoking water pipes, for example, results in higher exposure to carbon monoxide.

In terms of cardiovascular effects, there is accumulating evidence that hookah smoking has effects on heart rate, blood pressure, baroreflex sensitivity, tissue oxygenation, and vascular function over the short term. Over the long term, it has been associated with increases in CVD risk, severity, and mortality.

“Although the cardiovascular health effects and the underlying mechanisms by which water pipe tobacco smoking increases CVD risk have not been studied to the same extent as those of cigarettes, there are likely similar,” Bhatnagar et al say.

There are few robust studies on methods to get people to quit smoking hookahs, but the authors say that certain approaches that have been shown to be effective for quitting cigarettes may be useful in this setting. “These techniques include educating the smoker about the health consequences of water pipe use, increasing motivation to quit by reviewing the pros and cons of smoking and quitting, setting and preparing for the quit day, and providing coping assistance to prevent relapse,” they write, noting that there are currently no data on the effectiveness of pharmacological therapies in this population.

The statement addresses gaps in research that still need to be filled—including the impact of intermittent hookah smoking on long-term health risks and the best ways to communicate potential risks to the public—before offering some advice for healthcare professionals.

“We are trying to advise physicians and healthcare workers to ask about hookah use,” Bhatnagar said. “Most people think that it’s a trivial, occasional thing and not worth considering, but we think . . . hookah use should be part of the general evaluation of tobacco use.”

Bhatnagar said the AHA will continue looking into this issue. “This is an important first step . . . to be able to understand the extent of hookah use and its potential harm, and then I think the next step would be to develop specific policy recommendations on how we would as a society grapple with this form of tobacco use and addiction.”