The CARDIA study found a 25% reduction in disease among people living in areas with comprehensive indoor smoke-free policies. 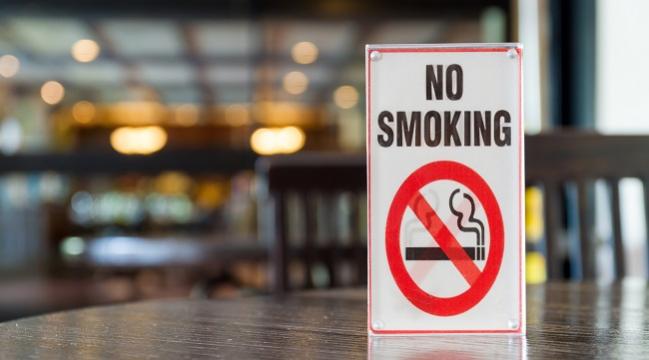 Since indoor smoking bans were first instituted in many US states about 20 years ago, there has been a 25% reduction in the incidence of CVD events among people living in areas with such policies, data from the longitudinal, population-based CARDIA study show.

Smoke-free policies are regulated individually by states, but within a particular state there may be differences or modifications at county and local levels. Some states allow exemptions for businesses such as casinos, tobacco shops, and cigar bars. Others exempt small workplaces that have one to five employees, and allow motels or hotels to designate a percentage of their rooms for smokers.

“Currently only 25 states have laws that ban smoking in all restaurants, bars, and workplaces,” Stephanie L. Mayne, PhD (Northwestern University Feinberg School of Medicine, Chicago, IL), told TCTMD. “Even when you take into account places that have local bans, a large percentage of the US population is still not covered. I think our results, taken together with what has previously been published on this topic looking at rates of hospital admissions, suggest that smoke-free policies can help to prevent CVD among middle age adults, and I think the strength of the evidence supports their expansion.”

Mayne and colleagues’ study was published online May 7, 2018, ahead of print in Circulation.

CARDIA is a prospective cohort of 5,115 adults 18 to 30 years of age enrolled from four major US cities (Birmingham, AL; Chicago, IL; Minneapolis, MN; and Oakland, CA) in 1985 and 1986. Mayne and colleagues looked at cardiovascular event rates among 3,783 CARDIA patients who completed 10-year follow-up in 1995 and 1996. Due to the implementation of smoke-free policies in the late 1990s, the 10-year follow-up served as the baseline for the current study, with patients being followed for events through 2015. Although they were initially recruited from just four cities, by the 2015 follow-up there were CARDIA participants living in 47 states across the US.

I think our results, taken together with what has previously been published on this topic looking at rates of hospital admissions, suggest that smoke-free policies can help to prevent CVD among middle age adults, and I think the strength of the evidence supports their expansion. Stephanie L. Mayne

Over the course of the study, the percentage of participants who lived in areas where smoke-free policies were in effect increased from 1.2% to 80% for restaurants, from 0.5% to 67% for bars, and from 6.5% to 65% for workplaces.

Compared with people who did not have smoke-free policies where they lived, those who had policies in effect at restaurants or bars had about a nonsignificant 25% reduction in risk and an even greater reduction if there was a smoke-free policy in workplaces (HR 0.54; 95% CI 0.34-0.86). The risk was lowest among those who lived in areas where there were smoking bans in effect in all three types of establishments versus none.

Participants who lived or had ever lived in areas with all three types of bans tended to be slightly older women with higher educational attainment and income, higher physical activity levels, and higher likelihood of self-reported alcohol use, but were less likely to be current smokers, married, or to have hypertension, diabetes, or dyslipidemia. Additionally, people living in areas with smoking bans tended to have higher cigarette taxes, and they were more likely to report that smoking was banned in their workplace.

“Our finding that even after we accounted for sociodemographic CVD risk factors in our models that we still found an association between workplace smoking bans in particular and cardiovascular disease risk adds to the evidence that smoke-free policies are potentially powerful prevention tools,” Mayne observed.

To TCTMD, she said smoking policies likely have a twofold effect on public health by changing behaviors and protecting nonsmokers from second-hand smoke. In a previous study, her group found that people living in areas with smoke-free policies not only were less likely to smoke, they also were more likely to attempt to quit, especially those of lower socioeconomic status.

“I think we will need to continue evaluating the data and confirm that these benefits that we’re seeing from smoke-free policies are continuing over time,” Mayne said. “It’s also interesting to note that this was a younger population [who were] maximum in their early 60s at the end of the study, so the results speak to the potential for smoke-free policies to help prevent cardiovascular disease among middle-age adults.”