The data should inform future clinical trials and may help explain why past studies did not quite pan out as hoped, the study author says. 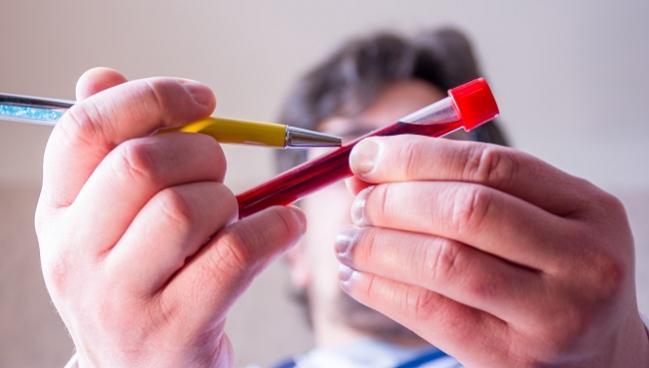 Recent data demonstrating that the clinical benefit of lowering lipoprotein(a) is proportional to the absolute reduction in its concentration should be useful for the design of future lipid-lowering trials and also helps explain why past studies haven’t proved fruitful, experts say.

Like LDL cholesterol, Lp(a) is believed to serve as a marker of coronary heart disease risk. Whether it is also a legitimate target for medical therapy is unclear. Several potent drugs are currently in development, but no study has yet established the clinical benefits of specifically lowering Lp(a) instead of or in addition to other lipoproteins.

According to Ference, this study “explains why the previous trials have failed, but it also informs the design of the new trials of more potent Lp(a) lowering therapies.” For example, he told TCTMD, the findings suggest “that it would be wise to enroll people with really high levels to get a really large absolute reduction and a corresponding large proportional reduction in their risk of cardiovascular disease.”

Additionally, “there's a nuanced way to incorporate this evidence in the guidelines,” Ference continued. “What we'll say in the guidelines in the first instance is people who have really high Lp(a) levels probably need to be treated. But having said that, for people who have coronary disease and have had an MI or revascularization in the past and have no other risk factors but a moderately elevated Lp(a), this would strongly suggest that they may benefit from lowering Lp(a) in addition to those with very high levels.”

Overall, an absolute reduction of 101.5 mg/dL in Lp(a) would be required to have roughly the same 20% relative reduction in clinical event risk as a 38.67 mg/dL drop in LDL cholesterol.

Commenting on the study for TCTMD, Stanley L. Hazen, MD, PhD (Cleveland Clinic, OH), called it “impressive.” Analyses like these are “highly informative and are going to be particularly useful in helping to guide clinical trial designs for studies where feasible,” he said in an email, adding that they “simply were not possible several years ago–they have required a convergence of increasingly available public genetic databases on large-scale clinical cohorts that are well phenotyped and the development and spread of newer genetic analyses.”

In an editorial accompanying the study, Christopher J. O’Donnell, MD, MPH (VA Boston Healthcare System, MA), writes that he would place mendelian randomization results somewhere in between observational and randomized trial findings on the hierarchy of data.

“While mendelian randomization studies may lend support or cast doubt on whether an observational association may infer causality, data from human randomized clinical trials remain the strongest level of evidence for clinical practice,” he says. “Nevertheless, the opportunity to harness mendelian randomization data for all types of precision medicine questions will certainly increase as immense samples of populations with deep genomic data become available from biobanks, such as the UK Biobank and the VA Million Veteran Program.”

Ference agreed. “The whole purpose of mendelian randomization really is to use genetic variants as instruments of randomization in order to make unconfounded estimates in whether or not observed associations between exposure and outcomes causal,” he explained.

Since his presentation of these data in May, Ference said the feedback he has received from the scientific community has led him to believe that people have “been sort of recognizing that it probably explains a lot of what we had previously misunderstood about Lp(a) and why the previous therapies haven't worked very much.”

Moreover, he said, there is “enthusiasm for the concept that people who are at really high levels of Lp(a), 180-200 mg/dL or more, may actually have an inherited lipoprotein disorder that substantially increases the lifetime risk of coronary disease equivalent to familial hypercholesterolemia.” This is potentially leading to many physicians being more apt to screen for high Lp(a) levels, as they would for LDL cholesterol levels in patients suspected to have familial hypercholesterolemia, Ference added.

For his part, Hazen said that he “regularly” screens for Lp(a) levels in his patients as part his initial risk assessment. This is “because of the overwhelming genetic evidence for a causal contribution of Lp(a) to development of premature cardiovascular disease,” he explained. “Even if a patient already has known heart disease and is considered at high risk, we will check an Lp(a) level, because if high, we then recommend first-degree relatives similarly be screened for an elevated Lp(a) level.

Ference said that Lp(a) will likely be added to the standard lipoprotein panel in the future. “But at the moment, certainly [in] anybody with a history of coronary disease or anybody even with a family history of coronary disease, it would be wise to look for evidence of elevated Lp(a) as an important risk factor for atherosclerotic cardiovascular disease,” he advised.

As cardiology moves further into the era of precision medicine, O’Donnell said patients with high Lp(a) levels should be approached with tailored care in mind given their risk profile. “Further studies should also examine the potential benefits of Lp(a)-lowering on the many atherosclerotic outcomes beyond CHD,” he added.

For now, Ference said, “it's important not to be too pessimistic about the data.” Because the benefit of reducing Lp(a) seems to be proportional, it’s easy to think that only those with baseline highly elevated levels will benefit at all from a reduction, he noted. “But lowering Lp(a) by a smaller amount will just produce proportionally lower reductions in risk. Lp(a)-lowering therapies are extremely important, and they should be welcomed by the cardiovascular medicine community because there are a fair number of people whose major risk factor will appear to be really high levels of Lp(a) and they will benefit enormously from new therapies that reduce Lp(a).”

Virtual Reality Begins to Make Its Mark on Cardiovascular Medicine

Role of Lp(a) Still to Be Determined, but NHLBI Sees a Path Forward