The analysis casts doubt on the premise that drugs to reduce Lp(a) will reduce the risk of ischemic CVD events after ACS, say researchers. 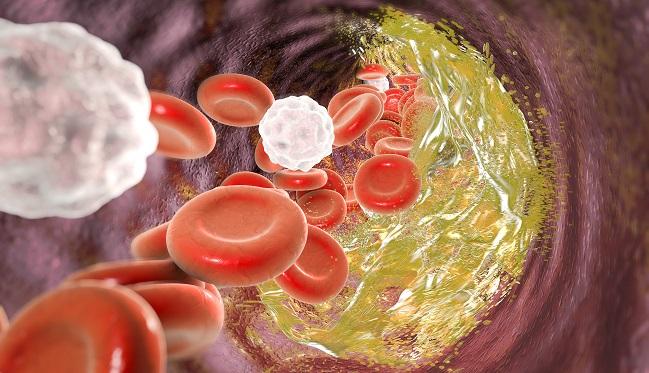 Elevated concentrations of lipoprotein(a) are not associated with adverse cardiovascular outcomes among patients with a recent acute coronary syndrome treated with statins, according to a new case-cohort study.

In an analysis of the dal-OUTCOMES study, a randomized trial of patients treated with the cholesteryl ester transfer protein (CETP) inhibitor dalcetrapib (Hoffmann-LaRoche) in addition to optimal medical therapy, concentrations of Lp(a) measured 4 to 12 weeks after ACS had no association with the risks of death due to coronary heart disease, major nonfatal coronary events, or stroke.

The results, according to lead investigator Gregory Schwartz, MD, PhD (VA Medical Center, Denver, CO), suggest that Lp(a) was not a factor related to the risk of having a primary cardiovascular endpoint event in the trial.

“The reason this is important now, perhaps more so than in the past, is because we have new treatments here and probably on the way that can lower Lp(a) significantly,” Schwartz told TCTMD. For example, PCSK9 inhibitors lower Lp(a) about 25% and novel antisense oligonucleotides currently in development have even greater potential to lower Lp(a).

“Whether lowering Lp(a) should be a specific target of therapy to reduce coronary heart disease risk in secondary prevention needs to be tested in properly designed trials,” said Schwartz. “However, the current findings raise some doubt about that approach.”

If you’re a drug company who’s targeting the ACS population, I think this has to give you pause. Michael Blaha

Secondary prevention, not primary, would be the ideal starting point for companies developing therapies to target Lp(a), but this dal-OUTCOMES analysis “puts a damper a little bit on our thinking about those drugs,” said Blaha. That said, he noted, the study was short-term at just 2.5 years and it’s possible that high levels of Lp(a) might exert a detrimental effect over an individual’s lifetime.

“Maybe two-and-a-half years in a post-ACS population is not the right place to look for Lp(a)-associated risk?” Blaha told TCTMD. “However, if you’re a drug company who’s targeting the ACS population, I think this has to give you pause.”

Lp(a) is in the family of low-density lipoproteins and contains both an apolipoprotein B molecule (apoB), which is present in LDL particles, and apolipoprotein(a). Together these components of Lp(a) may exert prothrombotic and proinflammatory effects, said Schwartz.

Elevated levels of Lp(a) have been associated with an increased incidence of coronary heart disease in epidemiologic studies, particularly when patient levels exceed 50 mg/dL.

“It’s been much less clear whether the levels of Lp(a) affect risk in people with established cardiovascular disease,” said Schwartz. “Studies to date have been divided. Some have shown there is a relationship and others no relationship between levels of Lp(a) and secondary risk after an individual has manifest coronary heart disease or other atherosclerotic conditions. Very little was known about whether Lp(a) levels predict risk after an acute coronary syndrome.”

The nested case-cohort study included 969 patients with a baseline measurement of Lp(a) who had a primary endpoint event in the dal-OUTCOMES study. These patients were matched with 3,170 control subjects who had not experienced an adverse cardiovascular outcome but who had the same type of index ACS as the case patients.

The median Lp(a) concentration was 12.9 and 12.1 mg/dL in case and control patients, respectively. Overall, the cumulative distribution of Lp(a) did not differ between the two groups, a finding that suggests Lp(a) was not a factor related to the risk of having a primary endpoint event in the trial. Even in an exploration of cardiovascular risk at the highest deciles of Lp(a) concentration, investigators observed “no evidence of a significant uptick in risk,” said Schwartz.

“One of the reasons we might not see a relationship in this ACS population is that these were patients who were very well treated with statins and 90% were treated with dual antiplatelet agents,” said Schwartz. “Maybe there’s just no impact of Lp(a) on risk in the presence of these treatment modalities. It may be that those treatments leveled the playing field as far as this risk factor is concerned.”

To TCTMD, Blaha said the results were surprising and somewhat disappointing. Like Schwartz, he noted that these patients all received excellent secondary preventive therapies.

“In one way, you could look at it as reassuring in the sense that they’re well treated, the event rates are low, and maybe statins and other drugs have mitigated the atherosclerotic risk of these risk factors, even if you’re targeting Lp(a) directly,” said Blaha. “On the contrary, we’re treating other risk factors well and you’d think the potential variance in cardiovascular disease might be explained by Lp(a). If the you control LDL cholesterol, diabetes, and blood pressure, what else is there modulating risk? A lot of people would have thought it was Lp(a).”

Blaha said he’ll sometimes use Lp(a) as a means to identify a potential mechanism in certain patients. For example, in families with an extensive pattern of premature coronary disease but without any obvious cardiovascular risk factors, including LDL cholesterol levels, Lp(a) can be used to identify a means in which the patients are inheriting cardiovascular disease, he said.

In clinical practice, “without having a specific intervention that targets Lp(a), uptake of using and measuring Lp(a) is variable, to say the least,” he added.

To TCTMD, Schwartz appeared doubtful about the potential role of Lp(a) as a target for treatment, despite the ability of different drug classes, as well as potential new agents, to reduce it. He noted that evolocumab (Repatha, Amgen) reduced Lp(a) by 26.9% in FOURIER and the CETP inhibitor anacetrapib (Merck) reduced the biomarker by 25% in REVEAL.

In analyses of FOURIER and REVEAL, however, the CVD event reductions observed “lay very nicely on a curve related to changes in LDL cholesterol,” said Schwartz. “The inference I would draw from our study, in conjunction with those analyses, is that if Lp(a) reduction led to further reduction in CVD risk, you wouldn’t have expected those results to lie on the curve that reflects statin-induced LDL lowering. Statins don’t affect Lp(a) to any substantial degree.”

The bottom line, he said, is that it doesn’t appear Lp(a) reduction contributes to the reduction in CVD risk.