Intervening beyond the culprit artery during PCI was tied to a lower mortality risk, but randomized trials are needed to confirm the findings. 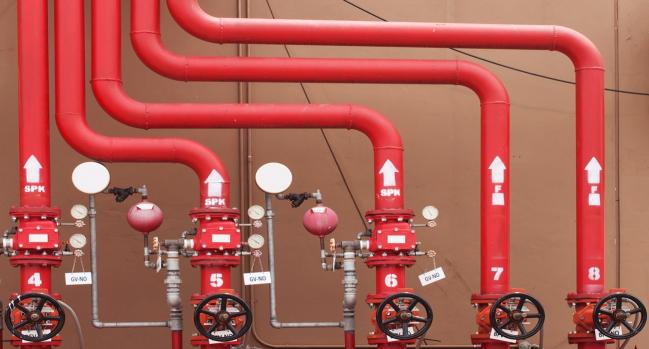 Patients presenting with NSTEMI and multivessel disease appear to derive enduring benefit from complete revascularization—as opposed to culprit-only intervention—at the time of the initial PCI, according to new observational data. The findings, experts say, offer insights into a group for whom the best revascularization strategy remains unclear.

In the study, treating all significant lesions in a single-stage procedure was associated with higher in-hospital mortality risk but a lower rate of all-cause mortality over almost 5 years of follow-up, a difference that was significant after multivariate adjustment and propensity matching, researchers report in a study published online ahead of the October 23, 2018, issue of the Journal of the American College of Cardiology.

Alluding to the observational design of the study, however, he added that “this should still be considered hypothesis-generating, with a prospective randomized trial necessary to confirm these findings.”

Commenting for TCTMD, Ashish Pershad, MD (Banner – University Medicine Heart Institute, Phoenix, AZ), said the study is important in that it showed a mortality benefit from PCI in patients without STEMI.

He said he was not surprised to see a higher in-hospital mortality risk with complete revascularization, because this was not a randomized trial and there were important differences between groups at baseline: those who underwent multivessel PCI were older, had more advanced disease, and had a heavier comorbidity burden.

Even with that greater upfront mortality risk, Pershad noted, complete revascularization was associated with a roughly 3.5% lower absolute risk of dying during follow-up, translating to a number needed to treat of about 28.

Still, Pershad agreed, randomized data are required to validate the results of the study and to provide information that was missing from this analysis—cause of death and angiographic details, for example. “It’s hypothesis-generating rather than level I evidence that would be practice-changing,” he said.

Recent trials have established the benefits of complete revascularization in patients with STEMI and multivessel disease, but the body of evidence for patients with NSTEMI isn’t as strong. As the authors note, it’s unclear whether the STEMI data can be extrapolated to NSTEMI because determination of the culprit artery is not as clear-cut in NSTEMI.

The lack of data in this area for NSTEMI “is surprising,” Jones said, “because the NSTEMI cohort comprises the majority of patients with MI, often with greater complexity and incidence of multivessel disease.”

To help fill the gap, Jones, lead author Krishnaraj Rathod, MD (Barts Health NHS Trust), and colleagues examined data on 21,857 patients with NSTEMI (mean age 67 years; 74% men) who underwent PCI between January 2005 and May 2015 at eight centers in London. Slightly more than half (53.7%) underwent single-stage complete revascularization during the index PCI, and the rest had a culprit-only intervention.

In an accompanying editorial, Ehtisham Mahmud, MD (UC San Diego Sulpizio Cardiovascular Center, La Jolla, CA), and Ori Ben-Yehuda, MD (Cardiovascular Research Foundation, New York, NY), say, “Although nonrandomized and retrospective, the study is an important and well-performed analysis further adding credence to the utility of complete revascularization for patients with multivessel CAD and the benefit of a percutaneous revascularization approach toward its management. Because few studies have shown mortality reduction with PCI, this is a notable contribution of this study relevant to patients with multivessel CAD and an NSTEMI presentation.”

They also call for randomized trial to confirm the findings, though, and highlight remaining questions in this area revolving around the timing of revascularization, the impact of staging additional procedures, the role of physiologic assessments, the potential for certain subgroups to benefit more than others from complete revascularization, and the possible impact of systematic risk stratification after PCI of the culprit artery.

The study investigators agree that additional studies are needed “to establish whether the timing of complete revascularization (ie, single stage versus multistage and the interval between procedures) is important in improving outcomes in patients.”

In the meantime, Jones said, “currently our practice is to individualize decision-making regarding complete revascularization on patient and lesion characteristics until further definitive studies are available.”

Note: Ben-Yehuda is a staff member of the Cardiovascular Research Foundation, the publisher of TCTMD.

Complete vs Culprit-Only Lesion Intervention in Patients With ACS

No Survival Difference Between One-Time, Staged PCI for Patients Without STEMI