“It always makes us feel good to know that over time we’re seeing fewer complications and that the procedure is getting safer,” said one expert. 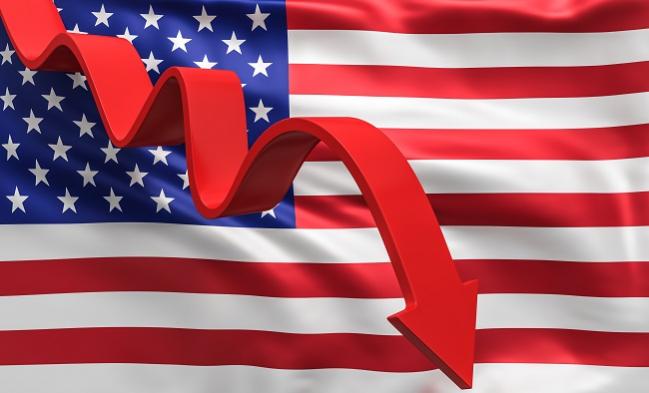 CHICAGO, IL—Complication rates associated with both transcatheter and surgical aortic valve replacement have gone down over time, but there is still room for improvement, according to findings from two studies based on national administrative data presented at the American Heart Association 2018 Scientific Sessions last week.

Both studies, which were presented as posters at the meeting, paint a picture of how TAVR, specifically, has evolved since its approval in the United States in 2011, said Usman Baber, MD (Icahn School of Medicine at Mount Sinai, New York, NY), who commented on the research for TCTMD.

“I think these kinds of data, which come from this national administrative database, are very concordant with what we're seeing in the findings from clinical trials, which is that the TAVR procedure is becoming safer with less complications and I think . . . that's probably attributable to several factors,” he said. “One factor is experience, the second factor is iterative advances [in] the techniques and the sheath sizes, and the third factor is that the patient case mix receiving TAVR in terms of risk is continuing to decline.”

Sameer Arora, MD (University of North Carolina School of Medicine, Chapel Hill), who presented the first poster—which looked at the complication rates following TAVR and surgical aortic valve replacement (SAVR) among more than 90,000 hospitalizations in the Nationwide Inpatient Sample between 2012 and 2015—told TCTMD that “the most important thing for [general practitioners to know is] that TAVR is now safe. There's a wrong and bad reputation from earlier years that TAVR is associated with high rates of stroke, high rates of vascular complications, but that has changed.”

Arora remarked that it would have been surprising if the complications rates had not improved, given the amount of work that has gone into making the procedure safer. “The rise in pacemakers remains a concern, but we think it might have something to do with the approval of the CoreValve [Medtronic] which [came] later,” he suggested. “CoreValve has been associated with a higher risk of pacemaker implantation. But either way, that remains a concern.”

Baber said their findings make sense, but that he remains wary of comparing TAVR to SAVR outcomes with this kind of data source. “You can't really make inference on the safety or efficacy of TAVR versus SAVR for these kinds of data,” he said. “These kinds of data are great to get insights at a national level of trends, utilization, comparisons across regions, [and] costs so that we know how we're doing in the health system over all. But beyond that, trying to say that one device is better or safer or more efficacious, one cannot do that with these kinds of data.”

Also commenting on the study for TCTMD, Suzanne V. Arnold, MD, MHA (Saint Luke’s Mid America Heart Institute, Kansas City, MO), said “it’s interesting just to visualize the different complications” in the way that the researchers have, with the caveat that this is slightly older data from the early experience of TAVR. Still, “it always makes us feel good to know that over time we’re seeing fewer complications and that the procedure is getting safer,” she added. “To see those complications going down over time, particularly as the procedure moves from clinical trials to real world, it’s always important to see that we’re not losing the safety piece of it.”

For the second study, Rajat Kalra, MBChB (University of Minnesota, Minneapolis), and colleagues looked at 48,715 TAVR and 122,765 SAVR hospitalizations also from the Nationwide Inpatient Sample between 2012 and 2015. They calculated the rate of new-onset A-fib to be 50.4% and 50.1% for each procedure, respectively, and confirmed their findings in a sensitivity analysis of New York State data that showed rates of 50.3% and 50.4%, respectively.

“These kinds of data underscore and highlight the need for approaches to understand what happens long-term in patients who develop A-fib after TAVR,” Baber said. “A-fib is very common, it is associated with a very morbid prognosis, and [we] may need dedicated studies to understand how we mitigate that risk moving forward with respect to pharmacology or anti-arrhythmics or anticoagulants and so on.”

Because the researchers used administrative claims data and there is no ICD-9 code for new-onset A-fib, there was room for misclassification bias in this study, Baber acknowledged. “Nevertheless, they clearly show that these patients . . . had much higher rates of inpatient morbidity and mortality, which is exactly what you would expect,” he said. “So yes, there probably is some degree of uncertainty in the estimate of how often it's occurring, but I think the overall message that it's common and that it's associated with a poor prognosis is very valid.”

Arnold agreed that the methodology of how the rates of new-onset A-fib were calculated is questionable, especially since randomized data have shown them to be significantly lower—around 5-10% following TAVR and 20-25% following SAVR.

Still, this study begs the question of how these patients should be managed in the long term with respect to risk, “because somebody who's undergoing TAVR who now has A-fib is going to be a very complex patient with respect to anticoagulation,” Baber observed. The TAVR field will have to follow in the footsteps of PCI in looking at the therapeutic challenge of balancing bleeding and ischemic risk in this population, he added, noting that ongoing trials are doing just that.

The field has recently seen a setback in that regard, however. As reported by TCTMD, the GALILEO trial testing the use of rivaroxaban (Xarelto; Bayer/Janssen) in TAVR patients was stopped after an interim analysis showed rivaroxaban to be associated with greater risks of all-cause mortality, thromboembolic events, and bleeding. Patients with atrial fibrillation were excluded from this study.