While guidelines suggest sticking to a more potent antiplatelet regimen for a year, physicians are faced with many real-world reasons to switch earlier. 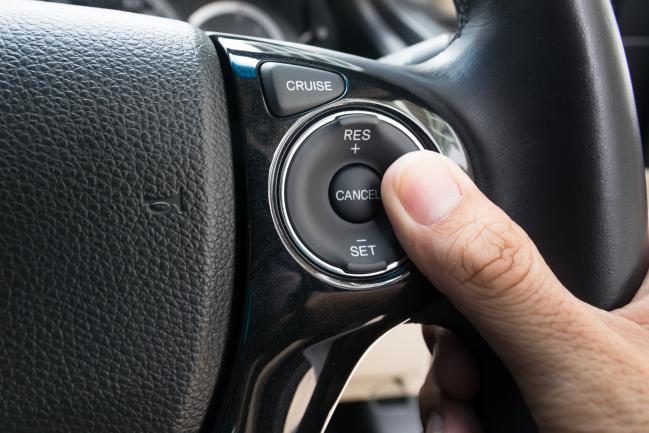 Another study has demonstrated the superiority of “de-escalating” from more potent antiplatelet agents to clopidogrel shortly after PCI for ACS, and, in the current findings, regardless of initial platelet reactivity. Guidelines recommend sticking with potent platelet inhibition for at least a year, but according to experts who spoke with TCTMD, these results lend confidence to clinicians who find themselves needing to switch patients to clopidogrel for reasons related to cost, bleeding, or other circumstances.

For several years now, “de-escalation of antiplatelet therapy [has been] a topic of critical interest,” Dominick Angiolillo, MD, PhD (University of Florida College of Medicine-Jacksonville), who was not involved in the study, told TCTMD.

“With the more potent P2Y12 inhibitors, there is increased risk of bleeding, and by many it is believed that beyond the more acute phase of clinical presentation, there’s not a need for having such strong antiplatelet therapy,” he said. “And so according to many clinicians it’s okay to de-escalate to a less potent agent such as clopidogrel. However, despite [that] hypothesis, and this being performed routinely in clinical practice, we do not have a large-scale clinical trial [justifying that it is okay] to do this in an unselected matter in our daily clinical patients.”

Following the presentation of the TOPIC trial at EuroPCR 2017 in May, with results showing reduced bleeding without an increase in ischemic events when patients were switched from a regimen of aspirin plus prasugrel (Effient; Eli Lilly) or ticagrelor (Brilinta; AstraZeneca) to aspirin and clopidogrel after 1 month, experts were quick to criticize the study for its sample size and endpoints. However, many clinicians observed at the time that they were already treating some patients this way given that the critical period for preventing ischemic events is typically early after PCI.

TROPICAL-ACS, presented at the European Society of Cardiology Congress 2017 in September, subsequently demonstrated the safety of a switching strategy based on platelet function testing results in those taking prasugrel for 2 weeks following PCI. Although the guidelines have remain unchanged, a group of international antiplatelet experts including Angiolillo published a consensus document in October, attempting to give guidance to clinicians faced with switching dilemmas on a daily basis. Finally, in November, results from the PRAGUE-18 study showed that patients switched from prasugrel or ticagrelor to clopidogrel within 1 year after PCI for acute MI for economic reasons reported a lower risk of major cardiovascular events and bleeding.

Pierre Deharo, MD (Hôpital la Timone, Marseille, France), and colleagues have now published a prespecified analysis of the TOPIC study, called TOPIC-VASP, which was published in the December 26, 2017, issue of the Journal of the American College of Cardiology. For this study, they used platelet function testing based on vasodilator-stimulated phosphoprotein (VASP) levels to identify 305 patients who had low on-treatment platelet reactivity (LTPR) at 1 month after coronary stenting and 340 who did not. Of note, less than 10% of patients were deemed to have high on-treatment platelet reactivity. The primary endpoint was a composite of cardiovascular death, unplanned hospitalization leading to urgent coronary revascularization, stroke, and BARC bleeding ≥ 2.

In patients with unchanged DAPT, LTPR was associated with a higher incidence of the primary endpoint compared with no LTPR (33.1% vs. 20.1%; P < 0.01), including increases in both bleeding and ischemic events. However, in those whose P2Y12 inhibiting therapy was switched, baseline platelet function status did not affect the primary endpoint.

“Our data suggest that in patients on aspirin plus ticagrelor or prasugrel without evidence of an adverse event in the first month following an ACS, switching DAPT strategy to aspirin plus clopidogrel is beneficial regardless of biological platelet inhibition status. However, switching DAPT is highly efficient in hyperresponders,” Deharo and colleagues write. “The next challenge will be to identify which patients will benefit from platelet testing and treatment adaptation in case of hyperresponse to a newer P2Y12 blocker after ACS.”

“It looks like the summation of all these trials is that lesser and shorter is winning the argument at the present time, whereas for a while there, we were [being] more intense with triple therapy and longer [durations],” Eric Bates, MD (University of Michigan, Ann Arbor), who was not involved with the study, commented to TCTMD.

Admitting to de-escalating therapy in many of his ACS patients for several reasons associated with cost and side effects, he said “any study like this that helps examine that [practice], even if it's flawed, is a step forward.” Studies like TOPIC-VASP additionally give “clinicians some support for making that decision without feeling like they are increasing the patient's risk,” Bates added.

The issue with involving platelet function testing in the equation “is that so far, high on-treatment platelet reactivity has been shown to be a very good prognostic variable, but it hasn’t been proven yet . . . to be a good treatment target,” he said, adding that future outcomes trials “with the right endpoints” should seek to discover the mechanism behind platelet inhibition status, “because we really don’t know if a platelet function test is an adequate surrogate for good clinical outcomes.”

In an editorial accompanying the story, Francesco Franchi, MD, and Fabiana Rollini, MD (University of Florida College of Medicine-Jacksonville), write that while TOPIC-VASP “suggests de-escalating P2Y12 inhibiting therapy following the acute phase in ACS patients undergoing PCI to be safe, this should not be routinely recommended.”

Using platelet function testing to personalize treatment approaches may be “an attractive strategy,” they say, but “the lack of broad availability of [platelet function tests], the variability in their results, and the inconvenience of multiple follow-up visits to monitor response to therapy after switching represent major limitations of applying such an approach in real-world practice.”

Right now, “clinicians should continue to follow the recommended guidelines when considering specific antiplatelet therapies,” Angiolillo said. “However, when there is a need to switch either because of cost, bleeding, or other side effects, it’s important to do this in a judicious manner taking into consideration recommendations on how to switch and also having an understanding of the way an individual would be responding to generic clopidogrel.”

Looking forward, he said, several ongoing pharmacodynamic and clinical trials should “provide more insight into the safety” of de-escalation. Specifically, one study Angiolillo is involved in is SWAP-4, which will look at switching from ticagrelor to clopidogrel. He expects to present the results at the American College of Cardiology’s Scientific Session in March. Additional studies that are looking at switching based on patient genetics are also underway, he added.