The single-center study has economic and clinical implications for a strategy already in use in some parts of the world. 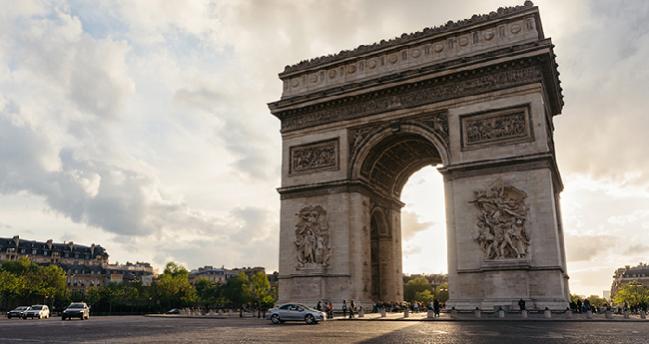 These findings may pose a challenge to current guidelines, which state that 1 year of dual antiplatelet therapy (DAPT) using prasugrel (Effient; Eli Lilly) or ticagrelor (Brilinta; AstraZeneca) in combination with aspirin is preferable to the older, cheaper combination of clopidogrel plus aspirin.

As presenter Thomas Cuisset, MD PhD (CHU Timone, Marseille, France), explained here, the advent of more potent P2Y12 inhibitors has provided patients better protection from ischemic events in the first weeks after an ACS event—when they are most vulnerable—but at the expense of higher bleeding risk over the long term than if they were treated with clopidogrel and aspirin. That conundrum has led some centers to adopt a non-guideline-supported strategy of using the more potent P2Y12 regimen in the first few months, but switching to the cheaper, less potent strategy thereafter.

For the TOPIC trial, presented in the opening Hot Line session here at EuroPCR 2017 and simultaneously published in the European Heart Journal, Cuisset and colleagues randomized 646 ACS patients at their institution who were being treated with prasugrel or ticagrelor and aspirin to either stay on that regimen (n = 323) or switch to clopidogrel plus aspirin (n = 323) at 1 month after PCI.

A strategy of switching from prasugrel or ticagrelor to clopidogrel 1 month after PCI for ACS is “superior” to keeping patients on the same combination of drugs for 12 months, Cuisset concluded. “This could have important clinical implications with providing to the physician new potential strategy integrating the dynamic risk after ACS with potent DAPT in the early phase to prevent early ischemic events including stent thrombosis,” he said in a press briefing.

Cuisset commented that while operators are “really afraid” of early stent thrombosis, after several months “we had the feeling that we see more often patients coming to us for bleeding events than for thrombotic events.”

The economic implications of the TOPIC findings are substantial, Cuisset noted. “Indeed there was a huge difference” between total DAPT cost between the study arms over the course of a year, which makes sense given how much more money prasugrel and ticagrelor cost over clopidogrel. Responding to a question from TCTMD, Cuisset acknowledged that although pharmaceutical companies might not be pleased with his single-center results, “hopefully I think the patients will like it.”

Clashing With the Guidelines

Kaul had several caveats, however, pointing out that the power calculation for TOPIC, as well as the choice of bleeding definitions and ischemic endpoints, are somewhat at odds with the major ACS trials in this space, namely TRYTON and PLATO. In particular, Kaul said, the decision to exclude revascularization from the composite endpoint was “glaringly absent.”

In response, Cuisset said this was extensively discussed at the time of trial design; ultimately, investigators felt that limiting their scope to urgent revascularizations would capture all of the clinically meaningful revascularizations in this cohort.

Lotan, similarly, said that he himself had planned a study of this strategy but ultimately abandoned those plans after pushback from industry and his institutional review board, which noted that this would fly in the face of the guidelines. TOPIC, said Lotan, argues strongly for guideline writers to rethink the current DAPT recommendations.

A Closer Look at Safety

Commenting on the study, Dean Kereiakes, MD (The Christ Hospital, Cincinnati, OH), said he “often” treats patients using the TOPIC strategy, usually making the switch between 1 and 3 months. “The majority of ischemic event benefit difference between these drugs is in the first 30 days and the majority of the bleeding event risk difference is beyond 30 days,” he said in an email to TCTMD.

Kereiakes said his concern with designing a similar trial for US Food and Drug Administration (FDA) approval was the issue of switching to clopidogrel at 30 days in patients with genetic polymorphisms that render the drug ineffective. “These patients would get only 30 days of effective DAPT therapy,” he explained. “At the time, about 2 years ago, the FDA was pushing to recommend CYP2C19 testing on all patients who might be switched at 30 days from prasugrel/ticagrelor to clopidogrel.”

In the press briefing, Cuisset acknowledged the need for a larger study or registry to ensure safety for all patients. “We also need to be able to identify which patients should be kept on more potent DAPT after 1 month because I think [this is] a very good strategy but maybe not applicable for [all] ACS patients.”

For TOPIC specifically, Kereiakes said he would have liked to have seen MI included in the composite endpoint as well. “In the DAPT trial, we observed a 53% reduction in MI between randomized treatment strategies and 55% of the MIs prevented were not related to the stented segment,” Kereiakes explained. “Further, DAPT discontinuation was associated with a significant increase in MI during the 12-15 month observation period. Obviously, this study ‘switches’ drugs much earlier and there is no ‘placebo,’ but the propensity for MI to occur following a switch from more effective platelet inhibition to less effective inhibition at 30 days after PCI for ACS should be present.”Alternately, Marco Valgimigli, MD (Bern University Hospital), who also was not involved in the study, told TCTMD in an email that he never switches patients to clopidogrel “unless there was a clinical reason” for it like bleeding or intolerance. “I am very skeptical about this treatment strategy, and I think this study is likely too small to make me change my mind,” he said. “The confidence intervals [around] ischemic events after switching are too wide and not conclusive as far as I am concerned.”

Shelley Wood contributed to the reporting of this story.

DAPT after Stenting: How Short When Needed and How Long When Tolerated?

Gender Should Not Factor Into DAPT Choice After PCI