Decline in US Deaths From CVD and Diabetes Is Leveling Off

Obesity may be to blame for a shift in mortality trends, along with an uptick in deaths due to hypertension, new numbers show.

Since around the turn of the century, rates of death due to heart disease, stroke, and diabetes have fallen in the United States, but the gains have started to level off, new data show. Mortality related to hypertension, though infrequent, increased slightly over the same time period.

Moreover, racial disparities—with African-American people faring worse than their white counterparts—persisted, according to a research letter published in the August 27, 2019, issue of JAMA.

“We were interested in looking at what the most recent trends were . . . given the concern about what the impact of the obesity epidemic has been on our country’s death rates,” senior author Sadiya Khan, MD (Northwestern University Feinberg School of Medicine, Chicago, IL), told TCTMD. She said obesity is likely the main culprit to blame for the slowing progress, which has also been seen in prior research, with contributions from high levels of physical inactivity and poor diet.

The findings indicate that there needs to be a renewed focus on prevention, particularly at younger ages, Khan indicated.

We know that cardiometabolic disease is largely preventable, and we know that prevention has to start earlier in life. Sadiya Khan

“We know that cardiometabolic disease is largely preventable, and we know that prevention has to start earlier in life . . . before obesity develops, before diabetes develops, before hypertension develops and [then focus on] aggressive management of those risk factors once they develop,” she said.

Policy solutions should center on “identifying strategies that help support a healthy diet, such as a sugar or sweetened beverage tax, making sure that there’s infrastructure for safe places to exercise, and access to healthcare and medications,” Khan added. “These are things that are going to be important if we want to equitably improve cardiovascular health in this country.”

For the study, Khan, along with lead author Nilay Shah, MD (Northwestern University Feinberg School of Medicine), and colleagues, dug into death certificate data from the Centers for Disease Control and Prevention’s WONDER database. They examined rates of death due to heart disease, stroke, diabetes, or essential hypertension/hypertensive renal disease from 1999 to 2017.

Those patterns were consistent across most groups defined by sex and race, with the exception of the hypertension-related death rate, which remained unchanged in African-American women. Overall, African-Americans remained persistently more likely than white people to die from each cardiometabolic cause throughout the study period, with particularly large disparities for diabetes in women and for hypertension in men.

The researchers identified inflection points indicating that rates of change were not consistent over the entire study period. After 2010, the decline in deaths due to heart disease, stroke, and diabetes slowed or stopped altogether. Looking at heart disease, the rate of decline per 100,000 people was 8.3 per year from 1999 to 2010 and just 1.8 per year after 2010. Mortality related to stroke or diabetes did not change at all after that year.

Jamal Rana, MD, PhD (Kaiser Permanente East Bay and Kaiser Permanente Division of Research, Oakland, CA), senior author of a prior study showing a deceleration in the decline of the CVD death rate in the United States, said the novel aspect of this analysis is the addition of deaths due to metabolic diseases.

He agreed with Khan that the main contributor to the slowing progress is the epidemic of obesity and, along with that, diabetes. However, all of these conditions are interconnected, he said.

Rana argued against complacency when it comes to dealing with all of these risk factors, and underscored the importance of prevention even from a very young age and the involvement of public policies to help support it.

“We need to have grassroots-level awareness so we can change policy making for how we prepare our food and how easy it is to do physical activity in our society. Otherwise, these concerning and troubling trends will continue or may even worsen,” he said, calling the new study “another wake-up call for us [that] brings a sense of urgency for us to reach out to our public and healthcare providers and also policy makers to address this.” 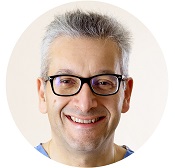