The data suggest it’s never too late for diabetic patients to adopt a healthy lifestyle, and that large gains can be made from even one or two changes. 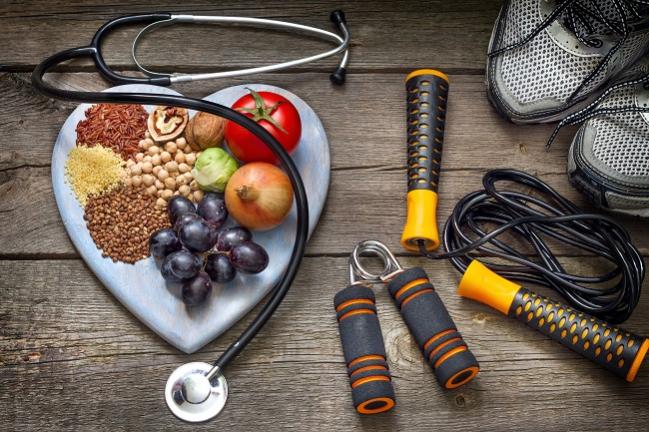 For senior investigator Qi Sun, MD (Harvard T.H. Chan School of Public Health, Boston, MA), the results suggest it’s never the wrong time to get active, quit smoking, or eat better. “It’s not too late,” he told TCTMD. “Even if they develop diabetes, they can still benefit from living a healthy lifestyle.”

Lifestyle modification is one of the fundamental aspects of diabetes management and adopting heart-healthy behaviors has been linked with a reduction in the risk of cardiometabolic diseases, including diabetes, and mortality in the general population. However, Sun said there are limited data regarding the benefits of lifestyle change amongst individuals who already have a diagnosis of diabetes.

The new study, which was published June 18, 2018, in the Journal of the American College of Cardiology, is an analysis of 11,527 participants diagnosed with type 2 diabetes in the Nurses’ Health Study (NHS) and Health Professionals Follow-Up Study (HPFS). During an average follow-up of 13.3 years, there were 2,311 incident cardiovascular events.

In the study, diet and lifestyle factors before and after diabetes diagnosis were assessed every 2 to 4 years. The modifiable lifestyle factors included diet quality evaluated by a healthy eating index score, smoking status (never, past, current), physical activity (≥ 150 minutes/week of moderate- or vigorous-intensity activities), and low-risk alcohol consumption (5-15 g per day for women and 5-30 g per day for men).

Sun told TCTMD that for people to develop diabetes in the first place, lifestyle is likely the key culprit. One key question that has emerged is whether it’s too late for these individuals to change their lifestyle. As part of the analysis, the researchers found that patients who changed their lifestyle after the diagnosis of diabetes—for example, adopted to one or more healthy behaviors—had a 14% lower risk of cardiovascular disease and 27% lower risk of cardiovascular mortality when compared with those had made no lifestyle changes.

Kim Connelly, MBBS, Sumeet Gandhi, MD (both from St. Michael’s Hospital, Toronto, Canada), and Edward Horton, MD (Joslin Diabetes Center, Boston, MA), who wrote an accompanying editorial, say these data show the benefits of a healthy lifestyle persist even after a diabetes diagnosis and that the study reinforces lifestyle change as the cornerstone of cardiovascular risk reduction.

“As society continues to evolve and becomes increasingly complex, it is important that we do not overlook the so-called simple and fundamental aspects of patient care and always return ‘back to basics,’” they write.

However, the current findings contrast with data from the Look AHEAD randomized controlled trial, a study that failed to show a reduction in cardiovascular events in overweight or obese patients with type 2 diabetes who were randomized to an intensive lifestyle intervention over a 9-year follow-up period. The editorialists point out the NHS and HPFS included mainly Caucasian subjects, most of whom were professionals with high socioeconomic class.

“Although this homogeneity in socioeconomic class and ethnicity does not neutralize the suggested benefit of low-risk lifestyle factors, the response of different ethnic groups or socioeconomic classes to such interventions may be variable, particularly when the impact may only be seen after a decade,” write Connelly, Gandhi, and Horton. Healthcare professionals agreeing to participate in a clinical study are also more likely to adhere to guideline-recommended therapy, they add.

Going forward, the editorialists said, the benefit of lifestyle modification in type 2 diabetes should be corroborated in a more diverse, multiethnic population with variable socioeconomic status.

‘Sizeable’ Segment of Public, Even When at High CVD Risk, Feels No Need to Improve Health