Defibrillators in Flight: Drones May Someday Save Lives in Hard-to-Reach Cardiac Arrest

The study shows it’s possible to deliver AEDs via drones, but questions remain about how that might work in real-life situations. 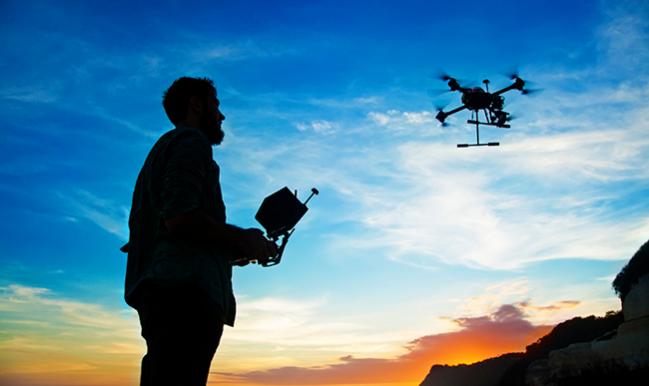 The chances of surviving an out-of-hospital cardiac arrest are dismal under the best circumstances, and they can drop close to zero when life-saving treatments are not close at hand. Now, one group of Swedish researchers is working on a potential solution for patients in areas with prolonged emergency medical services (EMS) response times: delivery of automated external defibrillators (AEDs) using drones.

The group performed modeling studies to identify areas near Stockholm that had high rates of cardiac arrest and slow EMS response times—up to 35 minutes in some cases. Those spots typically could be found along the coast in places that saw large population increases during the summer months and thus had strained EMS resources.

Survival after cardiac arrest was rare in those areas, and “something had to be done,” lead author Andreas Claesson, RN, PhD (Karolinska Institute, Stockholm, Sweden), told TCTMD.

As reported in a research letter in the June 13, 2017, issue of the Journal of the American Medical Association, his team placed an AED on an eight-rotor drone equipped with a global positioning system, high-definition camera, and autopilot software system. With activation by a dispatcher, the drone—which takes off from a fire station—can autonomously reach the site of a cardiac arrest after receiving coordinates and a flight plan. The idea is that an on-site bystander will administer the shocks after the drone lands.

To evaluate the feasibility of the approach, Claesson and colleagues performed 18 test flights to locations of previous cardiac arrests within a 10-km radius (median distance 3.2 km). The median time from dispatch to launch was only 3 seconds, whereas the time it took for EMS to be dispatched in those prior cases was 3 minutes.

Median time from dispatch to arrival at the scene heavily favored the drone: 5 minutes 21 seconds versus 22 minutes. The drone was quicker than EMS in all cases, with a median difference in response time of 16 minutes 39 seconds, which Claesson said is “really clinically important.”

There is a “high potential for increasing survival if we could deliver a defibrillator in 5, 6 minutes and have someone actually use it with the support of the dispatcher,” he said.

An important next step is to test whether bystanders can, in fact, effectively use an AED delivered by a drone—“It has to be intuitive,” Claesson said—and whether that will start raising survival rates for these inaccessible cases.

In this age of drone technology, if Amazon could deliver you a book or package in real time, why not a lifesaving device? Leigh Vinocur

Claesson said his group plans to fine-tune the technology and conduct a prospective, clinical study next summer to answer those remaining questions. He expressed optimism that a drone system could be deployed for real-world use in the not-too-distant future if all goes well with that effort and issues with airspace can be worked out: “We hope that this study may support us in applying for and getting permits from the transportation agency to actually be able to fly.”

“We know that out-of-hospital cardiac arrest has a high mortality that improves with both bystander CPR and early defibrillation with an AED. That is why most public places in the US, such as airports and stadiums, have AEDs, which bystanders can use by following the simple automated commands,” Vinocur, a spokesperson for the American College of Emergency Physicians, said in an email.

She noted that EMS coverage can be sparse in rural areas of the United States. “Not only do greater distances have to be traversed to get to patients as well as to transport to hospitals, there sometimes might not be enough equipment and personnel to cover multiple calls at once,” Vinocur said, adding that the drop in response time achieved with drones in this study “could be clinically significant.”

There might be some issues that would have to be taken into account when using drones, like weather, “but I think it is a great idea with a lot of potential,” she said. “In this age of drone technology, if Amazon could deliver you a book or package in real time, why not a lifesaving device?”

Traditional Chinese Medicine May Aid in Prevention of Cardiovascular Disease

Not Just Where but When: Public Access to Defibrillators Isn’t Round the Clock