There were signs that DCBs might be superior in some subgroups, with one expert suggesting their advantage would grow over time. 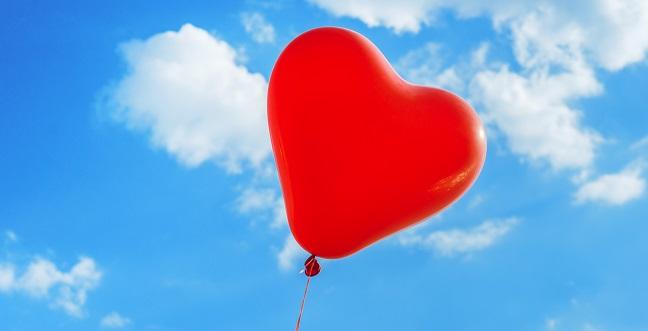 PARIS, France—Drug-eluting stents appear to be better than drug-coated balloons (DCBs) at treating in-stent restenosis, at least when it comes to preventing TLR, but the difference isn’t particularly large and results may vary among clinical subgroups, according to a recent meta-analysis.

“In treating patients with restenosis, the interventional cardiologist must carefully weigh whether the extent of this advantage outweighs the potential longer-term risks of implanting a permanent additional stent layer,” lead investigator Daniele Giacoppo, MD (Deutsches Herzzentrum München, Germany), said in his presentation last week at EuroPCR 2018.

Even with modern DES and medical therapy, the rate of coronary in-stent restenosis reaches as high as 10% to 15%, Giacoppo noted. “Although generally less dramatic compared with stent thrombosis, it can be associated with worse outcomes, too.”

In 2015, Giacoppo and colleagues published a hierarchical Bayesian network meta-analysis of 24 trials and 4,880 patients showing that, among the available options for treating in-stent restenosis, DCBs and DES each held the lead over BMS, brachytherapy, rotational atherectomy, and cutting balloons when compared to plain balloon angioplasty. “Importantly, all of the existing trials have no power for clinical endpoints and over time provided mixed results,” he said.

For the newer study, the researchers wanted to directly compare the two top contenders: DCBs and DES.

DES Slightly Ahead, but Not Always

The meta-analysis, known as DAEDALUS, compared paclitaxel-coated balloons and drug-eluting stents for the treatment of coronary in-stent restenosis, with individual patient-level data from 10 randomized trials whose primary investigators had agreed to participate in the study. Among them were PEPCAD II, ISAR-DESIRE 3, PEPCAD China ISR, RIBS V, SEDUCE, RIBS IV, TIS, DARE, RESTORE, and BIOLUX-RCT, which involved a total of 1,084 patients treated with DCBs and 996 who received DES.

One-third of the restenosis was seen in BMS, while two-thirds occurred in patients being treated with DES. Baseline characteristics between the DCB and DES groups were well balanced, apart from a higher percentage of prior MI in the balloon-treated patients (50.1% vs 45.5%; P = 0.041). Minimum lumen diameter was significantly longer with DCB than with DES, while target lesion length was shorter and percent diameter stenosis was lower. “But in each case, the imbalance was not clinically relevant,” Giacoppo noted.

Yet due to a “moderate degree of heterogeneity” among the trials, further analyses suggested there is either borderline or no significant difference in TLR between the two treatments, Giacoppo reported.

Looking at clinically relevant subgroups, the researchers found that DES were superior to DCBs in men, patients without diabetes, those receiving second-generation DES, and those with lesion lengths of at least 20 mm. However, the P-values for interaction did not reach significance. There was one exception, Giacoppo pointed out in his presentation: “Interestingly, we found that in bare-metal stent restenosis, the two treatments were comparable, while in drug-eluting stent restenosis, [use of a] drug-eluting stent was associated a better outcome compared with drug-coated balloon.”

For the safety composite endpoint of all-cause death, MI, or target-lesion thrombosis, the DCB and DES groups had similar results.

Bruno Scheller, MD (Universität des Saarlandes, Homburg, Germany), commenting on the findings for TCTMD, said what’s interesting about the new study is its exploration of what might drive differences in TLR among patients treated for in-stent restenosis. Also, he added, “they looked at hard clinical endpoints: death, myocardial infarction, vessel thrombosis.”

Scheller drew parallels between drug-coated balloons and bioresorbable scaffolds (BRS). With both, the underlying principle is “leaving nothing behind” over the long term. With BRS, there may be a short-term penalty of more myocardial infarction and device thrombosis, he said, but with DCB, “we do not have to pay this price.”

Citing the safety endpoint, which occurred at a rate of 10.9% with DES and 9.3% with DCB (P= 0.101), Scheller said the gap may eventually begin to favor drug-coated balloons. “You can expect the absence of a second layer of metal may over time be beneficial in hard clinical endpoints,” he suggested, adding, “The real benefit . . . will be seen after 3, 5, or even 10 years.”

Still, much like with BRS, lesion preparation is key with DCBs, said Scheller, who served as a panelist during the late-breaking session where others also emphasized this point. Operators familiar with the PSP protocol used with BRS—preparing the vessel, adequate sizing, and postdilatation—should be able to easily apply it to DCBs, he observed.

‘Surprising’ Uptick in Rates of Revascularization for In-Stent Restenosis