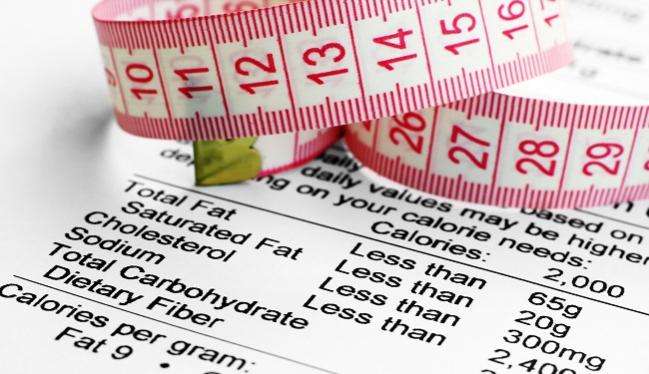 Adding fuel to the long-running debate over the relative merits of low-carb versus low-fat diets, the DIETFITS study has found no significant difference in weight change for patients assigned to a healthy low-carbohydrate diet compared with a healthy low-fat diet at 1 year.

And, in what may be the study’s most critical finding, neither patients’ genotype pattern nor their insulin secretion were associated with the assigned diet’s effect on weight loss.

“These results still leave room for personalization of weight loss, but show that it is hard to establish evidence for personalization,” lead author on the study, Christopher D. Gardner, PhD (Stanford University Medical School, CA), told TCTMD in an interview. “Be skeptical of efforts to personalize weight loss, which people might not need at all if they focused instead on the quality of their diet to begin with.”

Quality, according to Gardner, was a key factor in the design of the DIETFITS study, published recently in JAMA. In the trial, Gardner and colleagues randomly assigned 609 adults aged 18 to 50 to a healthy low-fat or healthy low-carb diet for 12 months. All participants were without diabetes and had a body mass index between 28 and 40.

Participants had 22 diet-specific small group sessions with health educators administered over the 12-month period. Education sessions focused on achieving the lowest fat or carbohydrate intake that could be maintained long-term and emphasized choosing quality foods.

“In both groups we tried to focus on quality,” Gardner said. “For example, with the low-carb diet we told them to eat avocado, nuts, seeds, and salmon, not low-carb chips.”

The researchers also tested whether three single-nucleotide polymorphism (SNP) multilocus genotype responsiveness patterns or insulin secretion were associated with weight loss. Forty percent of patients had a low-fat genotype, and 30% had a low-carb genotype.

Be skeptical of efforts to personalize weight loss, which people might not need at all if they focused instead on the quality of their diet begin with. Christopher D. Gardner

There was no significant difference in weight change among participants matched compared with those not matched to their diet assignment based on the genotype pattern. Similarly, there was significant diet-insulin secretion interaction with 12-month weight loss.

“The whole purpose of the study was to see if we could find a predictor of variability; if there was no variability, there would be nothing to predict,” Gardner said. “We had the potential to say, ‘This factor in the low-carb group predicted three times the weight loss,’ but the two things that we looked at didn’t work out.”

Gardner said that at the time the study was written the three SNPs examined were considered very interesting. However, their role in weight loss became less interesting during the duration of the study.

“We still have the capacity to look at other genetic markers,” Gardner added, saying that is what he and colleagues are doing now. They plan to mine their data to see if there are other genotype signatures or patterns that can be useful, and if one is discovered, they hope to test it in a similar prospective study.

End to the Argument?

There continues to be controversy about whether a low-fat or a low-carbohydrate diet is better for weight loss, according to JoAnn E. Manson, MD, DrPH (Brigham and Women’s Hospital, Boston), who commented on the findings for TCTMD.

Indeed, Gardner emphasized how much the study researchers focused on participants making mindful decisions, selecting high-quality foods, and not counting calories. Participants were encouraged to choose foods and find an eating pattern that helped them to feel satiated.

“No one likes counting calories,” Gardner said. “How full you are can restrict calories naturally.”

In general, studies looking at the modifying effects of genotypes on weight loss seem to suggest that when it comes to weight control, heredity is not destiny, Manson said.

“Even if you have certain genes linked to weight gain or variations in the processing of fats or carbohydrates, you can still benefit from widely endorsed lifestyle modifications,” Manson said.

“We often come back to the same fundamental principle that following a healthful diet high in fruits, vegetables, whole grains, and whole foods [while] avoiding added sugars, refined carbs, and processed foods will be linked to a lower risk of many chronic diseases like cardiovascular disease, type 2 diabetes, and many forms of cancer,” Manson said. “These are the tried and true recommendations that seem to be true for virtually the entire population.”