The study challenges the paradoxical notion that overweight patients with CVD are at lower risk of death compared with normal-weight patients. 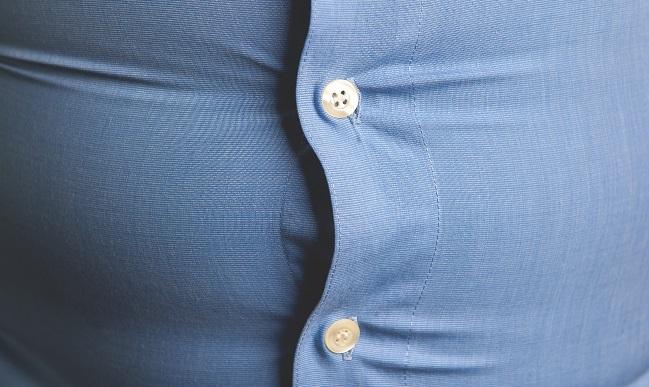 Bringing insight into the complex interplay between excess weight and cardiovascular disease, a new study suggests that there may be an unexpected explanation for the so-called obesity paradox—that the sickest patients tend to lose weight after having their adverse event, giving the false impression that higher body weight is protective.

Unlike those with established cardiovascular disease, newly diagnosed patients have no survival advantage if they were obese compared with being at normal weight. The study results were published December 7, 2017, in PLoS One.

“What’s interesting about this paper is that we used two different ways of identifying cases within the same dataset,” lead investigator Virginia Chang, MD (New York University, New York, NY), told TCTMD. “With prevalent disease, we see the same [obesity paradox] findings pop up again. When we switched to incident cases and assessed their weight right before the CVD diagnosis, right before they had much of chance to lose weight from being sick, obesity does not appear to be protective.”

Chang said the obesity paradox is a “tricky thing to study because once people have disease, those who are sickest tend to lose weight and have a higher risk of death.” Additionally, selection biases could be at play, with obese patients with more severe CVD dying sooner, leaving behind a healthier obese population who live longer.

The risks of confounding and selection bias are particularly pronounced in studies looking at prevalent CVD cases—those that include all people with CVD at any given point in time. By definition, these analyses include patients who have had CVD for some time, said Chang, and include only survivors. In contrast, analyzing the obesity paradox in patients with incident CVD—cases when individuals are first diagnosed with disease—can address some of those problems.

Carl ‘Chip’ Lavie, MD (Ochsner Health System, New Orleans, LA), who was studied the obesity paradox, pointed out that the analysis did hint at a survival benefit for the overweight patients and showed no increased risk of death observed for obese patients, when compared with normal-weight patients. In general, though, Lavie said purposeful weight loss is reasonable for almost all overweight and obese patients with CVD, particularly for the severely obese. For those with advanced heart failure, however, a group at risk of cardiac cachexia, weight loss is not recommended unless they are severely obese.

Lavie said that improving fitness with increased physical activity/exercise training is much more important for subsequent prognosis in overweight and obese patients.

“Many people feel better at lower weights and need less medications,” Lavie told TCTMD. “However, weight loss is much more important for the more severely obese. For the overweight and mildly obese, I am fine if they lose some weight. But maintaining or improving fitness and preventing progressive weight gain, which can be accomplished with regular physical activity and exercise while eating a healthy diet, is much more important for their long-term prognosis.”

In the new study, the investigators analyzed data from the Health and Retirement Study, which is a nationally representative longitudinal survey of US adults 50 years and older, to assess the association of weight status with mortality in patients with MI, stroke, congestive heart failure (CHF), and heart disease. The overall sample included 30,529 participants, with 5,870 of these individuals having prevalent CVD.

In the analysis of prevalent cases, being overweight (BMI 25.0 to 29.9 kg/m2) or obese (BMI 30.0 to 34.9 kg/m2) was generally associated with a lower risk of death in patients with MI, CHF, and heart disease. The protective effect was not observed in the severely obese, however, nor did overweight/obesity confer an advantage in stroke patients.

When investigators switched to incident MI cases, being overweight was associated with a 21% reduction in the risk of death compared with normal-weight individuals. In incident heart disease, being overweight was also associated with a 13% lower risk of death compared with normal-weight patients. However, there was no survival benefit among obese patients, nor was there any association with weight and mortality in patients with incident CHF or stroke.

In an analysis of incident cases of CVD that excluded deaths in the first 3 years, there was no survival benefit among the overweight or obese patients relative to those with healthy BMIs. These, as well as the overall results, were similar when investigators analyzed the data based on self-reported CVD diagnosis and Medicare claims.

The obesity paradox, said Chang, can have clinical implications. If obesity was protective, the concern is that physicians would be causing patients harm if they asked individuals to lose weight. That does not appear to be the case, with their results suggesting there is no evidence that keeping excess weight on board helps patients. The obesity paradox has “intuitive appeal,” noted Chang, as many diseases result in wasting, or cachexia, so it makes sense to have more metabolic reserve on board.

To TCTMD, Lavie said obesity hasn’t so much been considered protective in patients with CVD, but rather there has been an understanding that underweight patients do particularly poorly. Generally speaking, though, previous studies have shown that overweight and mildly obese patients with CVD had the best survival.

“The reasoning is not totally clear, but my theory is that the obese may not have developed CVD in the first place had their weight remained good,” said Lavie. In contrast, “the thin who develop the same CVD, although they look better on paper with better BP and lipids, lower sugars and less diabetes, and lower levels of inflammation, actually do worse, probably because they developed the CVD due to genetic predisposition.”