The retrospective study makes the case for routine bilateral BP measurement in all new patients across the board, an expert says. 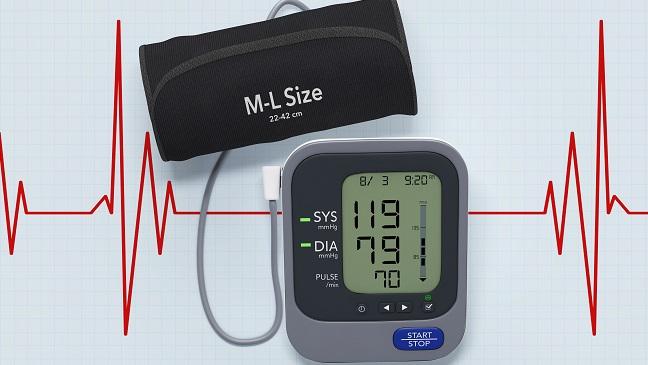 Measuring the severity of coronary artery disease could be as simple as measuring blood pressure (BP), specifically comparing the difference in blood pressure values between a patient’s right and left arms, according to a new study.

There is a “consensus” that a difference of 10 mm Hg or more in systolic IABPD is “clinically significant,” Park and colleagues observe. “Nevertheless, in contrast to subclavian artery stenosis and peripheral artery disease, there is controversy regarding the relationship between CAD and IABPD.”

Their results, published online June 9, 2017, ahead of print in Atherosclerosis, showed that among 819 patients from a single institution, retrospectively reviewed multiple IABPD measures adjusted for risk factors were associated with CAD as determined by the Gensini score for measuring coronary atherosclerosis.

Specifically, differences in systolic and diastolic pressures each were associated with Gensini score (P = 0.001 and 0.004, respectively). After adjusting for baseline BP, systolic, diastolic, and mean IABPD still correlated (P ≤ 0.001 for  all comparisons). On multivariate analysis, the factors independently associated with Gensini score were age, gender, diabetes, hypertension, dyslipidemia, and smoking as well as systolic, diastolic, and mean BP-adjusted IABPD. The results were maintained in subgroup analyses.

“The key findings of the present study are that IABPD, especially . . . BP-adjusted IABPD, is associated with the severity of CAD, as indicated by the Gensini score,” the authors write. “Thus, [BP-adjusted IABPD] is an easily measured parameter that may be useful in clinical practice.”

They add: “Further investigations are needed to identify related factors for proper management of coronary atherosclerosis. Moreover, early detection of IABPD may be useful for preventing the progression of atherosclerosis and reducing cardiovascular mortality.”

The Case for Bilateral BP Measurement

Commenting on the study for TCTMD, Michael Jaff, DO (Newton-Wellesley Hospital, MA), called it “one in a long series of studies that have shown that this very simple physical diagnostic finding is a very potent predictor of coronary disease and premature death, and I guess what this one shows is that it doesn’t really matter what risk factors you have, just a difference in arm blood pressures predicts a risk of coronary disease,” he said.

I just think [there is] overwhelming evidence that this should be standard clinical practice when you see a patient for the first time. Michael Jaff

This is “obviously” important information and a well-done study, Jaff continued, but “they’re trying to make the case that they’ve now demonstrated that the absolute difference in arm blood pressures is a continuous variable relationship with the burden of coronary atherosclerosis. Basically what that means is any difference in arm pressures may in fact be predictive of coronary atherosclerosis. That’s a little risky [to conclude] on this one study.”

In other words, if a patient presents with a 2-mm Hg IABPD, the clinician should not jump to aggressively modifying risk factors based on that alone, he said. “That would have to be shown in a prospective randomized outcome study.”

Another limitation of the study is that they used automated BP recorders, something many primary care providers do not have routine access to, Jaff commented. “So you wonder how accurate would the difference be if you did it by hand as compared to if you did it with a digital system.”

He confirmed that his standard practice is to measure bilateral BP in all new patients, but added that is not necessarily always done by primary care physicians, hematologists, and surgeons. “I do think [this practice is] common among cardiovascular docs who understand the importance of early identification of atherosclerosis and the need for aggressive risk factor interventions,” Jaff said. “This is just one of many studies that says you ought to do that. . . . I just think [there is] overwhelming evidence that this should be standard clinical practice when you see a patient for the first time.”