It’s been 15 years since the Women’s Health Initiative dashed hopes that HRT could keep CVD at bay. Now a CAC study stokes the controversy anew. 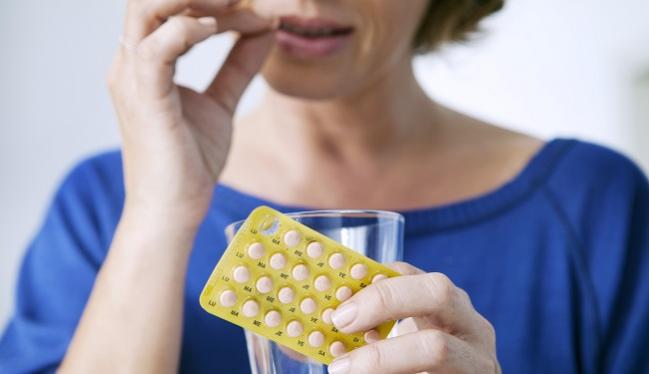 A provocative new study looking at postmenopausal women who underwent coronary artery calcium (CAC) scanning indicates that hormone replacement therapy (HRT) use is associated not only with lower CAC scores but also lower all-cause mortality over a mean follow-up of 8 years.

The study, say investigators, should reopen the question of whether hormone replacement, according to contemporary guidance, may be useful in the primary prevention of cardiovascular disease.

“This is not a closed issue,” senior author Daniel Berman, MD (Cedars-Sinai Medical Center, Los Angeles, CA), told TCTMD, noting that baseline amounts or changes in atherosclerosis may be useful in determining a role for HRT. “Further studies should be performed,” he said.

The study by Berman and colleagues will be presented by first author Yoav Arnson, MD (Cedars-Sinai Medical Center), at the upcoming American College of Cardiology (ACC) 2017 Scientific Session and was released early to the media this week.

The theory that hormone replacement in postmenopausal women could help prevent cardiovascular disease first evolved out of observational studies in the 1980s and 1990s, leading to widespread use of HRT and the launch of the massive Women’s Health Initiative (WHI) study in 1991. HRT’s popularity plummeted, however, after an interim analysis of the combination therapy estrogen/progestin arm of the study in 2002 showed an increased risk of breast cancer, coronary heart disease, stroke, and pulmonary embolism. Later, an analysis of the estrogen-only arm, in women who had undergone prior hysterectomy, showed no effect of HRT on coronary heart disease risk.

In the wake of WHI, current recommendations for HRT specify that it is to be used only for the relief of menopausal symptoms and that therapy should be at the lowest dose, for the shortest period of time, Virginia Miller, PhD (Mayo Clinic, Rochester, MN), stressed to TCTMD. “The North American Menopause Society and the international menopause societies all do not recommend use of hormone replacement therapy to decrease cardiovascular disease. That's just a given. So this paper kind of opens up that whole argument again, in a new way.”

Arnson and colleagues retrospectively analyzed medical records for 4,286 postmenopausal women with no symptoms of cardiovascular disease who had undergone CAC scanning at their institution between 1998 and 2012. Forty-one percent of patients were taking HRT at the time of their CAC scan. Arnson et al then followed the women for a mean of 8.4 years.

What’s different about the current study, he continued, is that the authors were able to stratify patients according to the amount of baseline plaque. “This has never been done before,” he said. “It appears that women who started off with moderate-to-extensive amounts of coronary calcium, or coronary atherosclerosis, are the ones in whom the greatest benefit of HRT was observed. Previously it's just been divided up by age and by time of onset of the treatment.”

Miller, who reviewed the abstract for TCTMD, called the findings “encouraging,” pointing out that they corroborate results from the Kronos Early Estrogen Prevention Study (KEEPS), for which she herself was an investigator. KEEPS showed a signal of benefit for HRT in terms of coronary calcium, but because the study enrolled healthy women—in part, she said, due to the increased risk of cardiovascular events seen in WHI among older women with existing CVD—KEEPS was underpowered. Even WHI, she noted, suggested that women early in menopause or those with hysterectomy taking estrogen alone had less coronary calcification if they took HRT.

As such the current study “is consistent with pieces of the other studies,” Miller observed. “The key thing still missing is: which target group is HRT really going to help their cardiovascular risk factors?”

Also, Miller pointed to other missing details that need answers, including what formulations of hormone therapy the women were taking, how long they had been taking it for, and whether they had undergone previous hysterectomy. Like Berman, however, Miller believes HRT may yet have a role in preventing atherosclerosis.

Also contacted by TCTMD, Lori Mosca, MD (NewYork-Presbyterian Hospital/Columbia University, New York, NY), was less sanguine. “The study is observational and suffers from the same potential selection bias that previously epidemiological studies of HRT and CVD risk were susceptible to,” she said in an email. This, she continued, “caused tremendous public confusion when clinical trials showed discrepant results. The potential benefits and risks of HRT can only be definitely determined in prospective randomized controlled trials, [and] women should discuss their individual situation and weigh potential overall benefit and risks with their healthcare providers.”

Asked whether retrospective studies such as the one Arnson will present next week at ACC sow damaging confusion in a field that has already seen its fair share, Berman disagreed.

“I don't think that we should hold back science by saying that we're going to add confusion with new evidence,” he said carefully. “I think we have something here that is not completely solved, or else we wouldn't be having these individual patient discussions. This [study] provides a piece of evidence that suggests that women who have a moderate amount of plaque in their arteries might be appropriate people to consider taking this medication.”