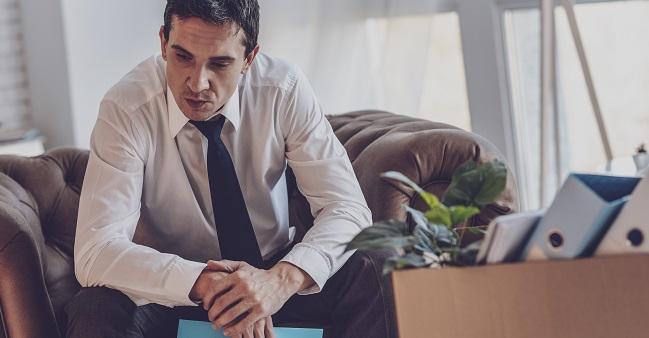 People who suffer a financial setback and experience a large reduction in income over a 6-year period are at a significantly increased risk of developing cardiovascular disease in long-term follow-up, according to a new analysis of the Atherosclerosis Risk in Communities (ARIC) study.

In contrast, the investigators say, a financial windfall appears to be protective, at least when compared with people who have relatively stable incomes: those who saw their household incomes increased by more than 50% were significantly less likely to experience a cardiovascular event.

“There is a lot of data on the association between baseline income and health,” said Stephen Wang, MPH (Geisel School of Medicine at Dartmouth, Hanover, NH), a fourth-year medical student who conducted the study along with senior investigator Scott Solomon, MD (Brigham and Women’s Hospital, Boston, MA), and colleagues. “Higher incomes have been negatively associated with nearly every type of disease we can think of—higher incomes are associated with less disease, that is, while lower incomes are linked with more disease. And even though that data is pretty robust, there is little data about the association between changes in income and cardiovascular disease.”

In ARIC, where income was assessed at baseline and over several visits, a household income change of more than 50% affected nearly one-third of the population. And while these changes were relatively common, Wang said physicians and researchers are unaware of the impact such financial swings can have on cardiovascular health.

“As you can imagine, more income can be spent in multiple ways,” he told TCTMD. “We like to think they’ll spend it on a gym pass or on things that make them healthier. However, it could also be spent on cigarettes, alcohol, or other things that aren’t as healthy.”

When compared with individuals with unchanged incomes, those who experienced a 50% reduction in income had a significantly higher risk of incident MI, fatal coronary heart disease, heart failure, or stroke during follow-up (HR 1.46; 95% CI 1.30-1.65). After adjusting for socioeconomic variables, health behaviors, and various biomarkers, the risk was attenuated but remained statistically significant (HR 1.17; 95% CI 1.03-1.32). In the risk-adjusted model, those who experienced a more than 50% increase in income had a significantly lower risk of incident cardiovascular events in long-term follow-up (HR 0.86; 95% CI 0.77-0.96).

Regarding secondary endpoints, those who experienced the large reduction in income had a significant 29% increase in the risk of MI or fatal coronary heart disease and a 33% increased risk of stroke compared with those with unchanged incomes. In contrast, those who had a 50% rise in their income had a significant 17% lower risk of incident heart failure compared with those with static incomes. As individual endpoints, the reduction in MI/fatal coronary heart disease and stroke all trended downward with increasing income.

What to Do About Income Insecurity?

To TCTMD, Wang said the results weren’t particularly surprising, but that the present study reinforces the need for physicians to pay attention to the social determinants of health when managing patients. He noted that an unanticipated reduction in income can have an effect on health behaviors, such as a propensity to eat more calorically-dense, fast foods that are cheaper than healthier options. Stress mechanisms could also be at work, not to mention that the loss of health insurance can impact access to healthcare.

Taking a broader perspective, Wang pointed out that cardiovascular mortality has declined over recent decades, but there is evidence suggesting the decline has slowed in the past 10 years.

“One of the potential reasons we’re seeing this slowing decline in cardiovascular disease death, and this is speculation, is that there are social issues we may be overlooking, such as changes in income, that can significant affect somebody’s risk of cardiovascular disease,” he said. “Due to time constraints in the clinic, it’s easy to just ask a couple of questions—whether you smoke, whether you drink alcohol—and not really ask about these things [like income changes].”

In an editorial, Edward Havranek, MD (University of Colorado School of Medicine, Denver), also notes that declines in the adjusted death rates from cardiovascular disease have stalled, and even increased between 2014 and 2015. It’s implausible, he writes, that this is the result of deteriorating medical care, so attention is now focused on the social determinants of health as the potential cause.

Havranek states that understanding the mediators of the association between income shifts and incident CVD is important for developing strategies to offset that risk. Changes in income, he noted, might be a marker of an event that has a more direct impact on CVD, such as death of a spouse, divorce, or marriage. Chronic stress linked with financial upheaval also could lead to activation of the sympathetic nervous system and adrenal cortex, mechanisms that have been hypothesized as a potential factor in developing CVD. A fall in income, naturally, could also lead to an inability to access healthcare resources, “the loss of health insurance is an obvious means for this possibility,” he writes.

The big question, says Havranek, is what should physicians do about income security? While some physicians might balk at wading into the issue at all, Havranek believes that the medical profession has an obligation to promote a greater “understanding of the health effects of the society we have chosen.” These latest results, he adds, are a step in the right direction.

Early Mortality Rates After TAVR Halved in a Decade, With Some Gender Differences