E-Cigarette Use in Youth Linked With Smoking Initiation, Escalation

In the ongoing debate over whether e-cigarettes help smokers quit or lure new ones to the habit, a new study is sounding the alarm in youth. 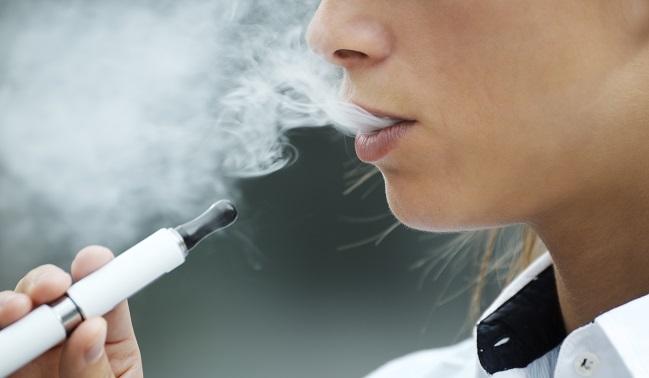 In the ongoing debate over whether e-cigarettes help smokers quit or lure new smokers to take up the habit, a new study is sounding the alarm over the use of e-cigarettes among adolescents.

Writing in an online-first publication in Tobacco Control, Mark Conner, MD (University of Leeds, England), and colleagues report that in a cohort of 2,836 adolescents, e-cigarette use was strongly associated with subsequent cigarette smoking. And strikingly, teens who were already tobacco smokers were more likely to smoke more frequently if they had also tried e-cigarettes, a finding that flies in the face of other studies, typically of adults, suggesting that “vaping” may help wean smokers off their habit.

Speaking with TCTMD, Conner stressed that the study, which looked prospectively at kids ages 13 to 14 and followed them to ages 15 to 16, underscores the idea that young people are not using e-cigarettes in the same way as adults.

“It’s quite different,” he said. “I think the assumption in adolescents has been that people who are already smoking cigarettes are also trying e-cigarettes. What our data seem to be suggesting is that actually you are getting a group that try e-cigarettes first and by trying them [are] more likely to go on and try normal cigarettes.”

Data for Conner et al’s analysis were drawn from a prospective, randomized, controlled trial aimed at curbing the initiation of smoking in schools. This substudy looked specifically at students in whom the intervention was not tested, but who were queried about their habits, intentions, and social norms around smoking. Self-reported smoking status was confirmed by breath carbon monoxide levels.

The argument has been that use of e-cigarettes among adolescents may simply be an indicator of kids at risk of taking up smoking, Conner explained. “That would suggest that it’s actually the adolescents who are at high risk of smoking who would be likely to try e-cigarettes first and then go on to smoke, [but] we found the opposite.”

For example, youth who said they had no friends who smoke were particularly at risk of smoking after having tried e-cigarettes, and not the group who reporting having friends who already smoked. “What this suggests to us is that it might be those who are not normally at risk of smoking, by trying e-cigarettes, they’re becoming exposed to others who smoke and through that, are normalized to smoking and go on to try cigarettes when they wouldn’t normally have done so.”

Adolescents taking up smoking may be less on the radar of cardiologists who are likely more familiar with studies in adults suggesting that e-cigarettes can help wean long-time smokers from the high-risk habit. But from a prevention standpoint, Conner believes the current study is worth consideration. “Although we might welcome e-cigarettes into adult smokers as a way to actually help them quit, in terms of adolescent groups we need to be much more cautious about whether e-cigarettes might be a pathway to actually using cigarettes, at least initially, and then go on to actually being addicted to cigarettes, and then later see the negative health effects that are associated with long-term smoking,” he said.