The link between having a cardiology visit and lower stroke risk was possibly mediated by early prescription of oral anticoagulation. 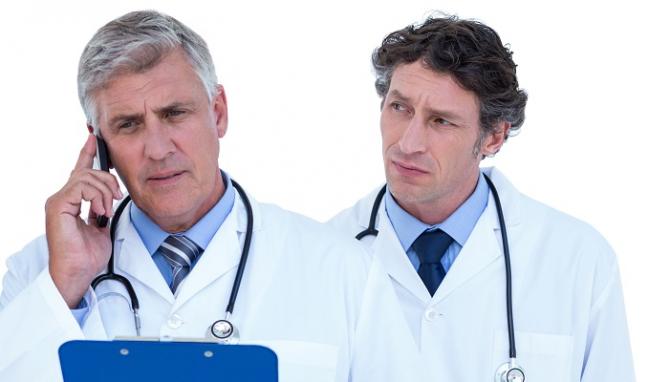 In patients newly diagnosed with A-fib, receiving care from a cardiologist rather than a primary care physician in the first 90 days is associated with better outcomes, according to a new study of US Veterans Health Administration data.

Although patients who saw cardiologists were more likely to be hospitalized for A-fib/supraventricular tachycardia and MI, they had lower risks of stroke and death during follow-up, lead author Alexander Perino, MD (Stanford University and VA Palo Alto Health Care System, California), and colleagues found.

The lower stroke risk appeared to be mediated at least in part by early prescription of oral anticoagulation, they report in a study published in the July 4, 2017, issue of the Journal of the American College of Cardiology.

The point “is not to make any case that all patients should see a cardiologist or an electrophysiologist,” senior author Mintu Turakhia, MD (Stanford University and VA Palo Alto Health Care System), told TCTMD. Rather, “it tells me that the variation in care that’s been observed over time with A-fib treatment—and now with some mediation of outcomes—means we need to find better ways to scale that expertise in applying these very complicated treatment guidelines we have for A-fib to all of healthcare. “It can’t just be in the cardiologist’s pocket, and how we get there is going to be where the challenge is. Is it technology? Is it integrated care? Is it coaching? Is it a combination of all those things?

“I think as a field we have to figure out how we’re going to get the right therapies to patients without necessarily having them come to our offices,” he continued. “Growing and cloning more cardiologists is not a cost-effective or efficient solution to this problem.”

Because A-fib is a common condition, it’s treated in many different healthcare settings, Turakhia pointed out. Prior research has shown that treatment for the condition varies depending on where care is received—with greater use of oral anticoagulation and anti-arrhythmic therapy in cardiology clinics—but there is little information on potential differences in patient outcomes.

To explore the issue, the investigators looked at data from TREAT-AF, a retrospective cohort study from the Veterans Health Administration. The analysis included 184,161 patients (nearly all men) with newly diagnosed A-fib who had at least one outpatient visit with a primary care physician or cardiologist within the first 90 days. Most patients (62%) received primary care only, with rest receiving general of specialty cardiology care.

Baseline characteristics indicated that those who saw a cardiologist tended to be sicker. They also were more likely to receive oral anticoagulation, A-fib rate and rhythm control agents, and various other cardiovascular medications, including antiplatelets, statins, and ACE inhibitors/angiotensin receptor blockers.

After multivariate adjustment, cardiology care was associated with better overall outcomes, although hospitalization was more frequent

A propensity-matched analysis provided similar results, with the exception of a higher risk of heart failure hospitalization associated with cardiology care (HR 1.07; 95% CI 1.04-1.10).

A mediation analysis suggested that the lower risk of stroke—but not death—in the cardiology-treated patients might have been influenced by receipt of an oral anticoagulation prescription within 90 days of diagnosis.

Turakhia cautioned, however, that because of the observational design of the study, no conclusions about causality can be made.

When asked why hospitalizations would be higher in patients seen by cardiologists, he pointed out that admission to the hospital is not necessarily a bad outcome. It could be, he said, that the treatment received during the hospital stay influenced the improved outcomes seen in the cardiology-treated patients.

In an accompanying editorial, William Whang, MD (Icahn School of Medicine at Mount Sinai, New York, NY), says there are caveats to consider when interpreting the study, pointing to the integrated delivery system of the VA, the mostly male population, and the very low use of non-vitamin K antagonist oral anticoagulants.

But he calls the findings thought-provoking.

The study “makes an important statement that cardiologists play a critical role in framing the decisions that patients face when diagnosed with AF,” Whang says. “Despite the growing administrative hurdles and outside noise for us and our patients, we cannot forget that as choice architects, our efforts may make all the difference.”

Betrixaban Approved for Prevention of VTE