The early-discharge pathway could reduce the resource utilization, which will be important as TAVR moves into lower-risk patients. 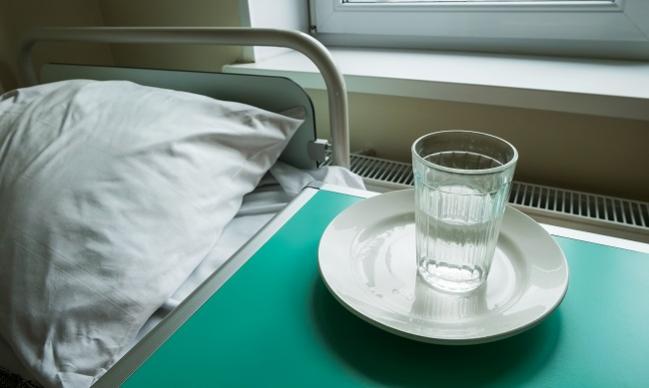 Patients undergoing transcatheter aortic valve replacement who are discharged early after the procedure do not fare any worse than patients who stay in the hospital longer, according to the results of a new meta-analysis.

The early-discharge pathway, one that incorporates various aspects of the “minimalist” approach, such as the use of transfemoral access, transthoracic echocardiography, and conscious sedation or local anesthesia, was not associated with an increased risk of death at 30 days, nor was it associated with an increased risk of permanent pacemaker implantation when compared with a conventional discharge pathway, report investigators.

“The question I’ve been asking myself is, ‘If patients are coming as outpatients for a transfemoral TAVR procedure, why do they need stay for a long period of time in the hospital?’” senior investigator Rodrigo Bagur, MD, PhD (Western University, London, Canada), told TCTMD. “So why can’t we move towards a minimalist approach? Do they need an internal jugular central line or a Swan-Ganz catheter? Why does a patient need multiple unnecessary punctures? Why do they need an arterial line or a Foley catheter for a procedure that now takes 35 or 40 minutes in good hands?”

The argument against an early-discharge pathway and minimalist TAVR, said Bagur, is that certain valve types are associated with a higher risk of permanent pacemaker implantation because of valve-related conduction disturbances. “Hence, physicians and centers may keep patients longer because of the fear of late presentation of [atrioventricular] block that has been reported after 5 days or so,” he explained.

Chandan Devireddy, MD (Emory University, Atlanta, GA), who was not involved in the study, said the results support early discharge after transfemoral TAVR, which is now close to the standard of care in clinical practice. Even if a patient is undergoing alternative-access TAVR, physicians at their center still aim to discharge within the 3-day window, he added.

“If anything, I think the future of TAVR is redefining what we consider early discharge,” he told TCTMD. “In our center, early discharge is 24 hours. Three days is quite a broad window. If we have someone who is in the hospital for more than 3 days, we’re starting to ask ourselves what’s wrong.” Patients who stay beyond 3 days would either have other significant medical comorbidities or social-support restrictions that hamper their ability to get home, said Devireddy.

No Rebound Effect From Early Discharge

Published September 3, 2018, in JACC: Cardiovascular Interventions, the meta-analysis included eight studies with 1,775 participants, including 642 who underwent TAVR with early discharge. In the early-discharge group, which was defined as a length of stay 3 days or less in the majority of studies, patients had a lower logistic EuroSCORE than those discharged via a standard pathway, but the STS score was similar in both discharge pathways (6.63 in the early-discharge group vs 6.69 in the standard-discharge group).

Overall, 30-day mortality and the need for a permanent pacemaker implantation postdischarge did not differ among patients discharged early versus those treated via the standard-discharge pathway. In fact, patients discharged via the early pathway were less likely to be readmitted to hospital at 30 days compared with standard discharge.

In the meta-analysis, more than 80% of patients were treated with balloon-expandable valves, such as Sapien XT or Sapien 3 valves (Edwards Lifesciences). “This tells us that these valves are consistently associated with less likelihood of the need for a permanent pacemaker and therefore the tendency is to discharge these patients earlier,” said Bagur.

A minimalist approach to TAVR, as well as ensuring the patient is ambulatory soon after procedure, will help facilitate early discharge, said Devireddy. “When we meet patients and explain the procedure and the aspects of postprocedural recovery, we give patients some expectation that we will assess them for discharge the next day.” In certain patients, such as nonagenarians or those who require mechanical ventilation, they will temper those discharge expectations, though. Devireddy said it’s important to be upfront about the early-discharge possibility, particularly since if a patient expects to be in hospital 3 to 5 days and then is sent home the next day, it creates confusion and anxiety.

“TAVR operators and centers across the board are trying to mobilize patients much faster,” he said.

In an editorial, Jan Bann, MD, PhD, and Jeroen Vendrik, MD (Academic Medical Center, Amsterdam, the Netherlands), point out that the pathways toward minimalist TAVR was been broadly adopted. “At the moment, this study provides the TAVR world with the evidence and confidence to further improve and simplify TAVR treatment,” they write.

One of the limitations of the study, they point out, is the absence of randomization, although results from FAST-TAVI, as well as further data from 3M-TAVR, both of which are studying discharge practices after TAVR, will soon be available. The MobiTAVI trial is studying the safety and feasibility of mobilization 4 to 6 hours after the procedure.

Regarding the selection of patients who might be candidates for early discharge, Bagur said the decision is based on a multidisciplinary team approach that focuses on an assessment of baseline functional and physiological status. Such patients must be eligible for transfemoral TAVR and have good preprocedural mobility and function, as well as good support outside the hospital. If the patients meet these and other criteria, and there are no complications during the procedure, discharge the day after the procedure or within 48 hours is possible, said Bagur.

“I think these results are reassuring in regard to 30-day readmission rates,” he said. “Indeed, one of the concerns, or even as a quality indicator, is that patients might ‘bounce back’ because they left the hospital early, but this wasn’t shown in our study. Secondly, the patients discharged earlier didn’t return with conduction disturbances requiring a new permanent pacemaker. Importantly, the 30-day mortality was the same in both groups. Hence, for instance, there were no sudden deaths—sometimes thought as late AV block, stroke, etc—though these 30-day events would have occurred anyway.”

Devireddy stressed there needs to be comfort and experience with TAVR procedures before implementing the minimalist approach (to facilitate early discharge), “just to be able to deal with complications or unexpected surprises that may arise in a case.”

Early vs Standard Discharge After TAVR