The study adds to the debate about how to make sure volume restrictions don’t curb patient access or exacerbate disparities. 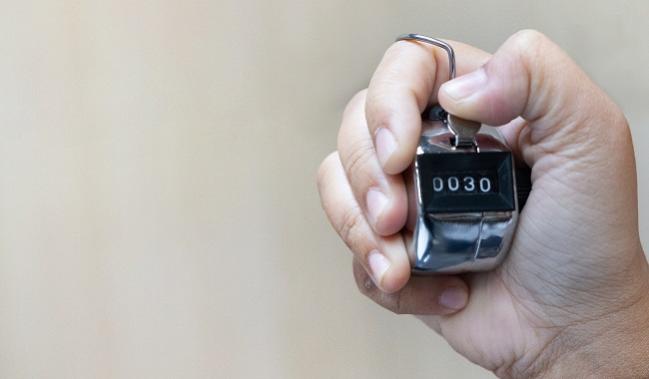 A learning curve was seen at 16 centers in North and South America and Europe, with poorer procedural and short-term clinical outcomes—including a greater risk of all-cause mortality at 30 days—seen at centers before they accumulated sufficient experience with TAVR, lead author Anthony Wassef, MD (St. Michael’s Hospital, Toronto, Canada), and colleagues report in the September issue of JACC: Cardiovascular Interventions.

Moreover, patients fared worse at hospitals performing fewer than 50 TAVR cases each year compared with those with an annual volume exceeding 100 procedures.

“These findings have important implications for operator training and patient care at centers performing TAVR,” the authors conclude. “Further research is required to determine whether newer TAVR technology, focused training, and proctoring can abbreviate the TAVR learning curve.”

The study comes at a time when the TAVR community is grappling with the importance of procedural volume requirements for operators and programs at a time of continuing refinements in the procedure and improving outcomes. In the United States, four professional societies recently released an updated consensus document maintaining recommendations for some volume requirements while shifting the focus to more direct measures of quality of care. In addition, the Centers for Medicare & Medicaid Services (CMS) is reviewing whether there is evidence to support maintaining volume requirements in its national coverage determination for TAVR. As part of that effort, CMS called a meeting of its Medicare Evidence Development and Coverage Advisory Committee (MEDCAC), where no clear consensus was reached.

The study by Wassef et al, which included 3,403 patients (mean age 82) who underwent TAVR between January 2005 and January 2016, may help inform some of the ongoing discussions. Most cases were done via the transfemoral route (77%) and employed a balloon-expandable valve (59%).

For the learning curve analysis, cases were divided by where the programs were in terms of TAVR experience:

TAVR experience was inversely related to risks of 30-day mortality, major bleeding, and MACE (P < 0.0001 for all). The mortality rate fell from 9.6% in the initial group to 3.3% in the very high group. On multivariate analysis, mortality risk was significantly elevated when experience was below 226 cases (compared with more than 300 cases).

Risk of a composite early safety endpoint (death, stroke, major bleeding, vascular complications, surgical conversion, or renal failure) similarly declined with increasing TAVR experience, from 27.5% in the initial group to 14.9% in the very high group. On multivariate analysis, risk was significantly higher for all groups with experience up to 300 cases.

The authors note as a limitation of the study that many of the centers participating in the registry started performing procedures in the early days of TAVR. Thus, they say, “whether the learning curve may be abbreviated in the current environment with more centers performing the procedure, with newer technology, and more educational opportunities is not known.”

The authors also divided patients into three groups based on the annual procedural volume at the center where they underwent TAVR:

On multivariate analysis, low-volume centers had greater risks of all-cause mortality (OR 2.70; 95% CI 1.44-5.07) and the early safety endpoint (OR 1.60; 95% CI 1.17-2.17) compared with high-volume centers. There were no significant differences between the moderate- and high-volume groups.

“Despite the large increase in the number of TAVR procedures being performed at a greater number of institutions, many hospitals perform a relatively small number of procedures,” Wassef et al write, noting that many centers are performing fewer than 50 TAVRs per year. “This trend is likely to continue with potential utilization of this technology in lower-risk patients. The findings from the present study suggest a minimum annual volume threshold to provide the best clinical outcomes for patients undergoing TAVR procedures and can serve as a guide for optimal distribution of resources and technology.”

In an accompanying editorial, John Carroll, MD (University of Colorado School of Medicine, Aurora), lays out the two sides of the ongoing debate about procedural volumes: either TAVR has evolved to the point that the learning curve is minimal and there is therefore no meaningful relationship between volume and outcomes or it has not. And he indicates that the answer has implications for how extensively TAVR should be distributed across centers.

Carroll argues that despite some limitations, the current study “supports the healthcare system structure with centers of excellence versus a widely distributed approach with many low-volume programs.”

He comes down on the side of maintaining volume requirements for TAVR programs, saying that relaxing such standards could be dangerous. “This would create many new centers starting a new learning curve, result in more low-volume centers, and potentially [dilute] the case volume and advanced skills of established and high-volume centers,” he says.

Commenting for TCTMD, Megan Coylewright, MD (Dartmouth-Hitchcock Medical Center, Lebanon, NH), provided a nuanced view of the issue. She pointed out that evaluating learning curves and volume-outcome relationships with TAVR is complicated by the dramatic changes that have taken place in the field over a short period of time, noting that the current study spanned more than a decade of practice.

“I think we have to put the results of the study in perspective with regards to changes in, for example, sheath size over time, the number of patients who would be eligible for a minimally invasive transfemoral approach, and also who the patients are,” she said. “When we first started this therapy, patients were incredibly ill, high-to-prohibitive risk for surgery, and we had difficulty understanding who were the patients in whom TAVR would be futile. And since that time there’s been a lot of great publications to help us figure that out.”

Something to think about when considering volume requirements is how centers in various settings differ in terms of the patients they see and how health policies might have unintended consequences, Coylewright said, noting that some patients will refuse to travel away from their local centers to seek care. She pointed out, too, that the current study revealed differences in patient characteristics across the groups defined by TAVR experience. “I think it adds to that conversation about the need to ensure that any volume restrictions do not limit access in a way that could exacerbate health disparities,” Coylewright said.

She indicated that the experience with surgical AVR, in which centers with low volumes continue to provide care, can be informative during this debate, highlighting that “there may be a middle ground.” That compromise might involve collaborations between smaller and larger centers, she explained. “I think that there could be a focus in local hospitals on providing access, but also on understanding limitations and providing some guidelines and suggestions to when referral to another center for more complex cases would be reasonable.”

It will also be important, Coylewright said, to make sure all patients with aortic stenosis are being informed about their options.

“It is anticipated TAVR will expand to be a choice for low-risk patients, and here it is important amongst centers that offer only surgical aortic valve replacement to connect them with medical centers that offer TAVR so that patients can truly understand all the options that are available to them,” she said. “Only in this way can patients truly participate in a shared decision-making process to ensure that all therapies are discussed and choices are reflective of a patient’s values and preferences.”

Clips and Rings for Tricuspid Regurgitation: Early Data Speak to Progress and Challenges