Results from nine patients are inspiring cautious optimism that this challenging subset may have a novel therapeutic option. 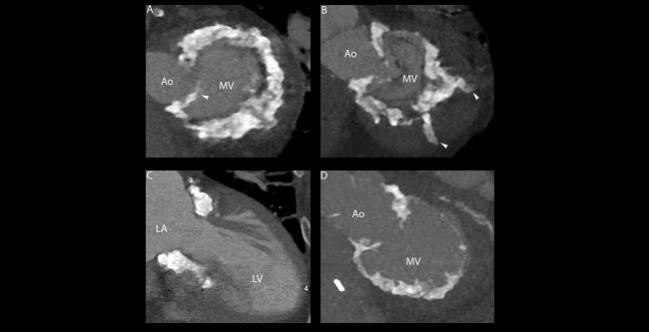 Nine patients underwent treatment with the Tendyne prosthesis (Abbott), with researchers then tracking them for a median follow-up of 12 months (range 1 to 28 months). Paul Sorajja, MD (Abbott Northwestern Hospital, Minneapolis, MN), and colleagues share the details of this experience in a paper to be published in the September 17, 2019, issue of the Journal of the American College of Cardiology.

Speaking with TCTMD, Sorajja stressed that “these are patients with very few or no options, because severe MAC is very difficult to deal with in the surgical OR.” Anatomical challenges include not only residual paravalvular regurgitation but also the risk of atrioventricular groove disruption and left ventricular outflow tract (LVOT) obstruction, he and his co-authors note. “Moreover, MAC frequently is accompanied by severe morbidities that significantly increase surgical risk, such as coronary atherosclerosis, inflammatory disorders, and renal failure.”

While off-label use of transcatheter aortic valves has shown some benefit, mortality rates remain high, Sorajja continued. “The outcomes have been really not much better than what we have with surgery.”

Having a dedicated device that could enable better results for TMVR in MAC is an enticing idea for Sorajja. MAC, he said, “is the most extreme anatomy out there. . . . It is worth reiterating how prohibitive-risk these patients are.”

Tendyne is D-shaped, allowing it to sit within the calcification without overextending the native valve’s shape. “MAC is very rigid, and if you’re asking a rigid structure to become a circle when it’s not a circle to begin with, it puts a lot of force on the annulus,” Sorajja explained, adding that, importantly, the device is anchored by an epicardial pad and is retrievable.

Editorialists Josep Rodés-Cabau, MD, and François Dagenais, MD (both from Laval University, Quebec City, Canada), agree that this device “may represent the beginning of a paradigm shift in the treatment of this challenging group of patients.” They inject a note of caution, however, pointing out that the current cohort was highly selected—30 patients were screened but two-thirds of those individuals failed to enroll, largely due to annular dimensions and predicted neo-LVOT < 250 mm2.

Mean patient age in the study was 77 years, mean STS score was 7.4%, and five of the nine people treated were men. Procedures were done at five centers under general anesthesia using a transapical approach and guided by both transesophageal echocardiography and fluoroscopy.

Devices were successfully implanted in all patients, fully eliminating MR. No procedural deaths occurred. One patient experienced LVOT obstruction because of malrotation of the Tendyne device and subsequently had alcohol septal ablation; he went on to have postoperative cardiac arrest complicated by renal and liver failure before deciding to pursue hospice care.

Over the course of follow-up, there was one cardiac death and one noncardiac death. Two patients were returned to the hospital due to heart failure. No instances of prosthetic dysfunction were seen, and all treated patients remained free from MR. Among the seven patients who survived, all showed mild or no symptoms.

Sorajja told TCTMD that, following this series of compassionate-use patients, an additional seven were treated with similar outcomes. Further knowledge will also come from the MAC arm of the pivotal SUMMIT trial.

Rodés-Cabau and Dagenais call for larger studies as well as improved TMVR systems using a transfemoral approach. Despite their reservations, though, the editorialists are largely positive.

“Although the small number of highly selected patients imposes some caution when interpreting the results, the 100% rate of complete MR resolution (maintained over time), together with the absence of early mortalities invites readers to be optimistic, particularly considering the suboptimal results of previous studies that used off-label, balloon-expandable nondedicated TMVR systems,” they note, adding that “these results open the door to a novel therapeutic option for patients with MAC. We can now anticipate that the transcatheter field may offer a more reliable alternative to open surgery for patients with severe MAC.”