The anchors that attach Cardioband to the annulus can become “disengaged,” warranting reintervention, a recall notice states. 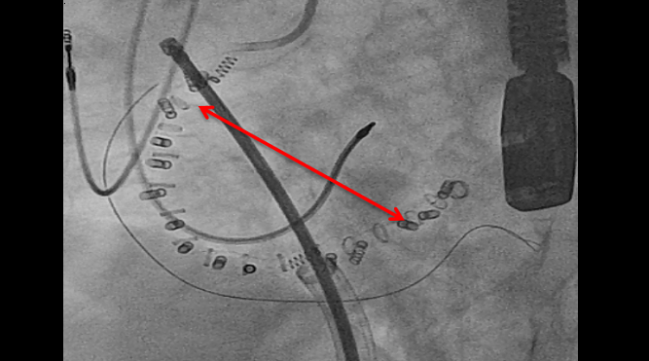 Edwards Lifesciences is recalling the anchor drives used in the Cardioband transcatheter mitral and tricuspid valve repair system due to disengagement of the anchors during and after implantation.

In a letter to European physicians, where Cardioband has CE Mark approval for mitral valve repair in patients with functional mitral regurgitation, Edwards states that anchor disengagement following implantation led to “implant dehiscence” requiring reintervention in two patients. There were no patient deaths.

The company is advising hospitals and physicians not to use their current inventory of Cardioband anchor drives—only the anchor drives are affected by the recall, not the entire Cardioband system.

Cardioband is a percutaneous direct annuloplasty device implanted on the posterior annulus under fluoroscopic and transesophageal echocardiographic guidance. The device is equipped with implantable stainless-steel anchors that are used to fasten the Cardioband implant to the annulus.

The company said a shift in the anchor’s manufacturing process, although it met with their approved specifications, was the cause of disengagement. They added there is “no risk of anchor embolization after disengagement [because] the anchors remain securely attached inside the Cardioband implant.”

In 2016, Edwards acquired Valtech, the original developer of Cardioband, and an Edwards spokesperson told TCTMD the voluntary recall is part of the ongoing integration of Cardioband into the company. As such, “we decided to tighten a manufacturing specification for the Cardioband system to ensure optimal outcomes for patients.” The company added that they expect to replenish hospital inventories shortly and resume treating patients in March.

Edwards is not publicly disclosing how many anchor drives have been recalled, or how many patients have been treated with Cardioband, but said they recorded approximately $1 million in commercial sales in Europe in the fourth quarter of 2017. They expect continued modest sales in the first quarter of 2018, but hope to ramp up to approximately $15 million for the year.

The Cardioband is currently an investigational device in the United States and is being tested as a treatment for functional mitral regurgitation in the ongoing ACTIVE trial. It is also being investigated as a possible treatment option for patients with tricuspid regurgitation, although it is not yet approved in any country for tricuspid repair.

FDA Approves Resolute Onyx, Billed as Slimmest Stent Yet on US Market