Although hypertension is a well-known CVD risk factor, new genetic data suggest it may also contribute to valve disease. 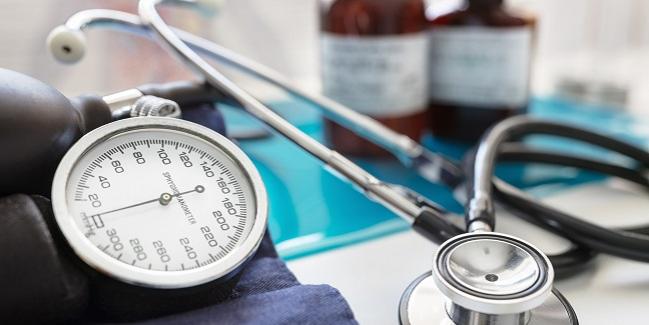 Elevated blood pressure is a well-known risk factor for cardiovascular events, including MI and stroke, but new data suggest it also contributes to valvular heart disease.

“Previous work was really based on observational studies, using large-scale, electronic health records’ data from patients, but the question was really if elevated systolic blood pressure was likely to be causal,” said study investigator Dexter Canoy, MD, PhD (University of Oxford, England), referring to the cross-sectional and cohort studies showing an association between elevated systolic blood pressure and risk of valvular heart disease. “For a lot of major blood pressure-lowering trials, you can conduct the trials and look at the outcomes many years later, but for valvular heart disease we don’t really have that data. We only have observational data and the question is whether we can rely on that or not.”

In one observational study, which was conducted by many of the same researchers who published this new report, individuals with elevated systolic blood pressure but without evidence of cardiovascular disease were at an increased risk of mitral regurgitation. Another analysis by the same group showed that long-term exposure to increased blood pressure was associated with an increased risk of aortic valve disease.

Genetic Risk Score Based on 130 SNPs

Given the lack of randomized trials assessing the impact of blood pressure-lowering treatments on the risk of incident valvular heart disease, the researchers, led by Milad Nazarzadeh, MSc (University of Oxford), turned to genetic data from the UK Biobank, a prospective cohort study of more than 500,000 men and women ages 40 to 96 years recruited between 2006 and 2010.

The mendelian randomization analysis, which was published online July 10, 2019, in JAMA Cardiology, included individuals who underwent genotyping and had valid baseline blood measurements. As part of the genetic study, 130 single nucleotide polymorphisms (SNPs) shown to be associated with systolic blood pressure in genome-wide association studies were used to develop a genetic risk score. The analysis was restricted to white individuals of British descent to avoid different allele frequencies in other racial/ethnic groups. Of the 329,237 participants in the study, 3,570 had a diagnosis of valvular heart disease (aortic stenosis, aortic regurgitation, or mitral regurgitation).

Overall, the association between each 20-mm Hg increase in systolic blood pressure and risk of valvular heart disease was strongest for aortic stenosis. When the analysis was restricted to patients who underwent aortic or mitral valve replacement, the results were consistent with the main findings. The researchers performed several sensitivity analyses, including one that excluded SNPs known to be associated with established cardiovascular-disease risk factors, and there was no significant change in the estimation of risk for aortic stenosis, aortic regurgitation, and mitral regurgitation.

“Because these individuals have this genetic makeup at birth, it’s an indicator of long-term blood pressure patterns,” said Canoy, referring to the genetic risk score. “It’s less likely to be a confounded indicator of blood pressure levels over time. . . . It helps us to better our understanding of the cause of disease. In valvular heart disease, we don’t really have treatment outside of changing the valves, or repairing the valves, which is very expensive and too late in the disease process. We were thinking that maybe we can do something to prevent this from happening.”

Canoy said there are several hypotheses as to how elevated blood pressure exerts its effect on the valves. With aortic stenosis, they speculate there could be a “cascading cycle of arteriosclerosis, left ventricular hypertrophy, and elevated blood pressure” leading to mechanical stress and calcification. With mitral regurgitation, elevated blood pressure might directly damage valve leaflets or may contribute to mitral ring dilatation. However, more work needs to be done to understand the underlying pathophysiology, said Canoy.

Dennis Ko, MD (University of Toronto/Sunnybrook Health Sciences Center, Canada), who published an analysis of CANHEART data in 2017 showing that blood pressure, diabetes, and dyslipidemia were all associated with incident aortic stenosis in older adults, said it is now understood that a relationship exists between hypertension and stenotic valves but the pathophysiology needs to be further elucidated.

“It may be related to turbulence and endothelial dysfunction,” he said in reference to aortic stenosis, noting that current thinking is that the process is akin to atherosclerosis. “Over time, the valve gets deposited with these materials and becomes stenotic,” he told TCTMD. “With regurgitation, there is less understanding of how elevated blood pressure would cause it. It’s a different process.”

Ko noted that elevated blood pressure is better controlled in the current era, but it’s difficult to know if a patient with hypertension who is treated with antihypertensive medication would also be at risk for valvular heart disease. Nonetheless, “the overall message remains consistent—primary prevention is important,” said Ko. “You need to treat hypertension for many reasons, but now there is a lot more study on valve stenosis and regurgitation because there are new therapies. There is an added interest in these different outcomes where in the past the focus was on heart attack and stroke. Now, [blood pressure] is even important for these valvular conditions.”

While the latest analysis “isn’t fancy” and “doesn’t highlight an unknown risk factor,” Canoy said it does emphasize the importance of controlling blood pressure in patients, particularly in an aging population. “Hopefully, with better blood pressure control in the population overall, we might also decrease the risk of these valvular heart diseases,” he said.