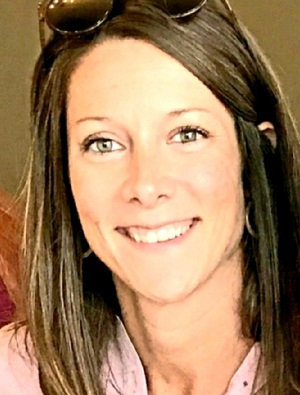 Emily Fussman is a senior technologist at the Fred and Lena Meijer Heart Center in Grand Rapids, MI, which is part of the Spectrum Health hospital system. She was nominated for a profile based on her professionalism and her work in helping to develop and optimize the cath lab radiation safety program at her institution.

How did you get started as a senior technologist?

I've been with Spectrum Health and the Heart Center since 2007, initially as an exercise physiologist doing stress testing, after I completed my bachelor’s degree in exercise science. Over those 7 years I developed a strong interest in cardiology and eventually moved to a position in the cath lab, where I’ve been for over 6 years. I was very interested in becoming part of the different teams that work in the lab, from the structural and coronary teams to the peripheral team. There are so many different procedures that we do; it’s a very busy lab. To me, that was an exciting place to be and also a place where I knew I was going to be constantly learning in a fast-paced environment.

I’m involved in most of the teams that we have, it just depends on the day. We have five different coronary rooms and we can do six to eight cases per day in each room, although some days we have done as many as 50 total in a day. I usually start out in a certain room and kind of bounce around from there. I’m scrubbed in with the physician and assisting with the procedures; essentially trying to be an extra set of hands. What’s interesting about what I do is that I really get to know the rhythm of the cases over time and I can anticipate what’s needed when I’m at the table. Then I also work in a secondary capacity in terms of circulating or monitoring as needed. What I really like and appreciate about my job is that there's always room for growth and for challenge. Most days I can honestly say that I don't feel stagnant in my position. I’m also studying for the Registered Cardiovascular Invasive Specialist (RCIS) examination in my spare time.

What are the most rewarding aspects of your job?

Working in the cath lab is special, because people’s lives are being saved there every day. When you’re part of a team that has saved a life, and then you see the family and how relieved they are, you really can’t help but have a connection with that. So, that is certainly very rewarding. As my role in the lab has developed, I’ve also found that I like being the kind of employee that my boss can put me in any procedure and know that I can handle the situation no matter what. I take pride and confidence in that, and I think that’s a good thing to convey to our patients as well.

You’ve been instrumental in cath lab radiation safety procedures and education at your hospital. How did that come about?

I initially became interested in the topic because of study that we did called SHIELD (Combining Robotic-Stenting and Proactive Shielding Techniques in the Catheterization Laboratory to Achieve Lowest Possible Radiation Exposure to Physicians and Staff). The director of our lab, Ryan Madder, MD, has been very involved in radiation research and making the cath lab environment safer for everyone who works in it. As a result of the SHIELD study, which showed that accessory lead shields reduce radiation among nurses and technologists, a dedicated lead shield was purchased for each of our cath labs. We’ve implemented shields that are mounted on most of our IV pumps in the lab, so that when a circulating nurse has to approach the patient and the pump, they're shielded. Those are used in addition to radiation pads to absorb scatter and the zero gravity protection for the physicians. As a result of the study we also started paying more attention to frame rate and began reducing it on our diagnostic cases.

Our goal beyond that was to continue promoting radiation safety at our hospital and keep team members informed about the health effects. I was chosen to be involved in the education initiative and to act as essentially a communication point between the coronary labs and the radiology department. This involves working with our current staff and new employees, who I precept. I make sure radiation badges are working and that everybody's numbers look OK, and once a year I take the lead on scanning the lead that we use and checking it for safety issues. If anyone has radiation-related questions or concerns, they know they can come to me and I’m going to do my best to get those problems addressed.

What effect did COVID-19 have on your work routines?

We had a significant number of COVID cases in the beginning, so we pretty much shut down and were doing STEMIs and that's it. We're the busiest STEMI center in our state, so obviously we were still do many cases, but unfortunately we saw a considerable backup of structural and peripheral procedures, as did many other centers. Many of us, myself included, worked part-time for probably 2 weeks during that time when we were scaling back cases. Then we slowly started opening up some outpatient procedures as they became deemed necessary. We had a specific room set up for COVID patients, and we tried to stick to that as much as we could. We had a cart in the room that had most of the supplies we thought we should need so that we could limit movement in and out of the rooms. And then, of course, we only used certain hallways. We were very fortunate that most of us were not deployed to other areas of the hospital due to the pandemic. Any downtime over the last year was devoted to COVID training, whether it be reviewing how to don and doff or just ensuring that the rooms were set the way that we wanted them so that we could limit traffic in and out. It was a different way of working, but we all quickly got used to it. Now that we are back to a regular workload, we still are screening all of our high-risk patients and all STEMIs.

Has there been a case or patient interaction during your career that stayed with you or affected you?

Very much so. Even when you know that it's important not to get too emotionally involved because the nature of the job is such that it's beneficial not to be, you have cases that do pull at your heartstrings. The one I remember most happened in my first year working in the cath lab. This was a “gift of life” patient. What struck me was that it was a younger person who was close to my own age. It was sad, but I also had the realization that this person was doing a wonderful thing that is rewarding in its own way, and that all of us in the lab were witnessing it and being a part of that. We do, unfortunately, see patients pass away, and yet we still go home and move on because it’s part of our job. But, in this case, it hit home for me and it was not something I will forget.

What do you like to do in your spare time?

I'm very active and love being outdoors. I like to work out and I have done several triathlons. I enjoy our Michigan summers, being at the lake, and hiking. I also spend a lot of time with my dog, Phoebe.