High lipoprotein(a) was linked to increased MI risk in all populations except for individuals of African and Arab descent. 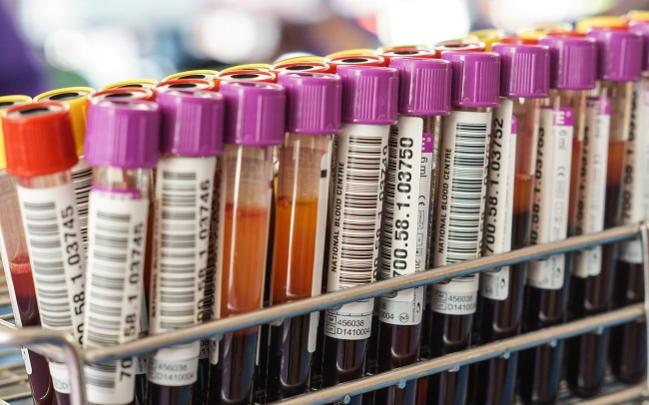 Unlike other conventionally used lipid markers of cardiovascular disease risk, concentrations of lipoprotein(a) markedly vary between different ethnicities, a new analysis of the INTERHEART study shows. The results are leading researchers to question whether or not a single, blanket threshold should be used to quantify what counts as a high level of the biomarker as drug manufacturers move forward with developing and testing Lp(a)-lowering agents.

“If we think of other risk factors like LDL cholesterol or fasting glucose, sure there are differences between individuals and there might be a little difference between different populations, but we don't see this huge range of population difference,” lead author Guillaume Paré, MD (Population Health Research Institute, Hamilton, Canada), told TCTMD. The differences observed in Lp(a) concentrations, he said, lead to the question: “How should we apply this in clinic?”

Prior studies have noted differences in Lp(a) concentrations in various populations before, but this analysis, published online this week ahead of print in Circulation, included almost 13,000 MI patients and controls from the INTERHEART study with a wide variety of ancestries—5.9% African, 34.3% Chinese, 10.4% Arab, 14.3% European, 11.3% Latin American, 14.1% South Asian, and 9.4% Southeast Asian. Elevated Lp(a) is typically defined as a concentration > 50 mg/dL.

Overall, the risk of MI was heightened with Lp(a) concentrations > 50mg/dL (OR 1.48; 95% CI 1.32-1.67) independent of previously established risk factors like diabetes, smoking, high BP, and apoB and apoA ratios. This relationship was maintained in all included populations except for Arabs and Africans.

Association of High Lp(a) With MI by Ethnic Group

Isoform size did not seem to account for the association between Lp(a) concentration and MI risk.

“Our results support the clinical use of Lp(a) concentrations, but not isoform size, as a marker of MI risk in diverse populations, other than Africans and Arabs,” the authors write. “Our findings also suggest that interventions that reduce Lp(a) in South Asians and Latin Americans should be investigated, as they may be particularly beneficial.”

The good news, according to Paré, is that Lp(a) thresholds selected based on studies of mainly Europeans are applicable to different ethnic groups. “It's time for phase III clinical trials and to really get into [seeing] if we can bring [Lp(a)] down pharmacologically and see what the results would be,” he said. “I think those trials are just around the corner because these agents are being developed, and I think what the results will [tell us] is that Lp(a) inhibitors are likely to have very different effects according to the study population.”

For example, Lp(a) inhibitors might not have as great an impact in individuals of Chinese descent compared with South Asians.

“What we've learned from our study is targeting the right population might be the way to go to make sure we get the maximum efficacy,” he said. “We now have tremendous evidence that this is a causal mediator of coronary artery disease and now we have got the evidence to be able to use the test in confidence and to know that we can actually use a single threshold across [most] ethnic groups and it carries the same weight whatever the ancestry of someone is.”

Commenting on the study for TCTMD, Michelle O'Donoghue, MD (Brigham and Women’s Hospital, Boston, MA), said in an email that “although Lp(a) is believed to be a causal risk factor for heart disease, its utility as a risk marker has been debated. Some studies have shown Lp(a) to be a powerful marker of risk while others have not. Some of these differences might be explained by variations in study populations or the types of assays that have been used.”

Since the number of African and Arab patients was “quite small” in this study, she continued, “I think we should validate these findings before jumping to the conclusion that Lp(a) is not a useful risk marker in patients of certain racial or ethnic backgrounds. Nonetheless, the findings are intriguing.”

Additionally, the threshold of 50mg/dL “was previously established based on the 80th percentile in Northern Europeans,” O’Donoghue said. “Therefore, we should consider that different clinical thresholds may need to be applied for different racial groups who have higher average Lp(a) concentrations.”