AKCEA-APO(a)-LRx appears to reduce Lp(a), already an accepted marker of residual CV risk in patients maxed out on cholesterol drugs. 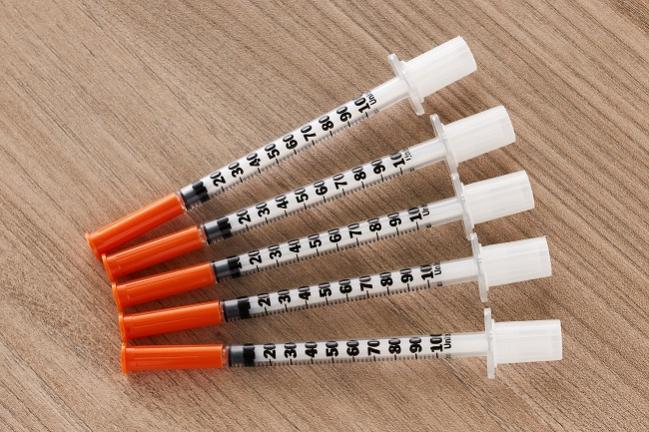 CHICAGO, IL—Manufacturers of an investigational drug that targets lipoprotein(a) say they will move ahead with a pivotal trial following the promising results of a phase II dose-ranging study.

The study, presented here at the American Heart Association 2018 Scientific Sessions found that AKCEA-APO(a)-LRx, an antisense oligonucleotide (ASO) that inhibits the production of apolipoprotein(a), significantly reduced Lp(a) in patients with preexisting cardiovascular disease and elevated Lp(a), defined as > 60 mg/dL.

In recent years, epidemiologic and genetic studies have linked Lp(a) concentrations to increased cardiovascular risk, but the bulk of this research has focused on primary prevention. Secondary prevention studies have been less common and delivered mixed results, sometimes enrolling a mixed population that did not have increased Lp(a) levels at baseline.

Sotirios Tsimikas, MD (University of San Diego, CA), an employee of Ionis Pharmaceuticals, which owns the subsidiary company developing the ASO product, led the phase II study, conducted at multiple sites in the United States, Canada, and Europe. Investigators enrolled 286 patients with preexisting CAD, MI, PAD, or stroke/TIA as well as elevated triglycerides and randomized them to placebo or to one of five subcutaneous doses of AKCEA-APO(a)-LRx ranging from a 20-mg dose once every 4 weeks to a 20-mg dose once per week. For each dose, approximately 47 patients were randomized to the study drug and just nine to placebo, leaving an overall placebo group that was roughly the same size as each of the dose groups.

Treatment duration was 6 to 12 months, followed by 16 weeks of follow-up.

For the primary endpoint of mean percent change from baseline, measured at 25-27 weeks (depending on the dose regimen), each of the doses of AKCEA-APO(a)-LRx significantly reduced Lp(a) from baseline in a dose-dependent fashion and was not affected by either baseline Lp(a) levels or use of statins or PCSK9 inhibitors. Patients taking the lowest dose saw Lp(a) drop by a mean of 35% (P = 0.0032), while Lp(a) in those taking the highest dose dropped by a mean of 80% from baseline (P < 0.001).

Side effects were infrequent, he noted, with the most frequent being injection site erythema, which occurred in one-quarter of the patients in the investigational group. In all, 4.6% of patients discontinued treatment for a range of adverse events, mostly minor, and the discontinuation rate was similar in the placebo group at 4.3%. One patient died in a car accident, after reporting malaise on the drug; a second complained of depression and committed suicide. No safety concerns were seen related to platelet counts, liver function, or renal function, Tsimikas added.

“This study provides a rationale for the initiation of a phase III outcomes trial to test the ‘Lp(a) hypothesis,’ namely that lowering Lp(a) levels will reduce cardiovascular events,” he concluded.

What Patients, Which Dose?

Brian A. Ference, MD (University of Cambridge, England), who discussed the key results following Tsimikas’ presentation, called the data “very exciting” but argued that the highest dose is the most likely contender. He suggested that a pivotal trial should target people with median Lp(a) levels of 100 mg/dL or higher, and use the 20-mg weekly dose—the highest dose studied in this phase II trial.

“What is clear is that this trial demonstrates that this ASO safely and effectively reduces the Lp(a) concentrations and therefore strongly supports the idea of going forward with a cardiovascular outcomes trial,” he said.

“However, as we’ve just seen with CIRT, in order to fairly test the Lp(a) hypothesis, it is absolutely critical that we can reduce Lp(a) enough that we can produce a clinically meaningful reduction within a short-term trial,” Ference stressed. “And therefore the results of this study would suggest that this [trial] should enroll those participants that have a baseline Lp(a) level above 60 or 70 mg/dL to achieve a target median Lp(a) level of approximately 100 mg/dL and the dose should probably be 20 mg, administered weekly to achieve an approximately 65 or 75% relative reduction in Lp(a). [This] should translate into an approximate 70-mg absolute reduction in Lp(a), and that absolute reduction should translate into an approximate 15 % reduction in the risk of cardiovascular events.”

If the trial is conducted with other doses of the ASO, he continued, “they may not produce large enough absolute reductions in Lp(a) to translate into a clinically meaningful benefit.”

Commenting on the study for TCTMD, Michelle O'Donoghue, MD (Brigham and Women’s Hospital, Boston, MA), said that she “conceptually” agreed with Ference, that “you’re going to have to see a large reduction in Lp(a) to translate into meaningful clinical benefit; however, in terms of how large that absolute reduction needs to be remains an area of controversy.”

Also “hotly debated,” she said, is the target population for a phase III trial.

“If we are talking about enrolling people whose Lp(a) is 60 or 70 mg/dL, which is likely what will need to be done in a phase III study population, that’s going to limit the number of patients who could potentially be enrolled,” O'Donoghue explained. “That being said, the 80th percentile [from which dose-efficacy calculations were derived] was based on a healthy population, and we know that baseline levels may be higher in higher risks patients with established atherosclerotic disease.

“The challenge for phase III,” she continued, “is that I think there will be a large number of screen failures if you’re trying to identify people who have sufficiently elevated Lp(a) that appears to be meaningful to enroll them in the study. That doesn’t mean that, in the future, if there is clinical benefit for the drug, that it will necessarily be restricted to patients with high Lp(a) concentrations. But until we have a handle on the magnitude of the benefit, it forces your hand to some extent to enroll those higher-risk patients who are going to have larger absolute reductions in Lp(a) with this drug.”

Safety and Efficacy of AKCEA-APO(a)-LRx to Lower Lipoprotein(a) Levels in Patients With Established Cardiovascular Disease: A Phase 2 Dose-Ranging Trial

Role of Lp(a) Still to Be Determined, but NHLBI Sees a Path Forward