Short procedure length is associated with an increase in acute stent thrombosis when bivalirudin is the chosen anticoagulant. 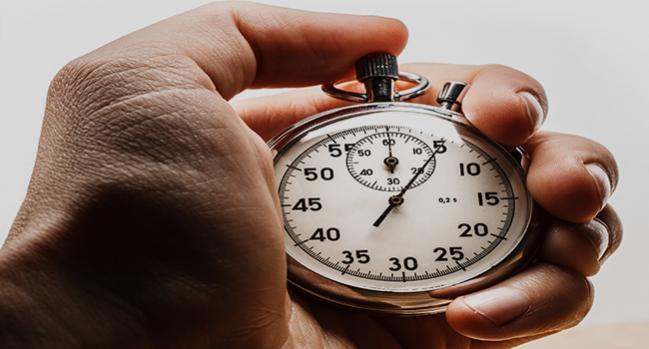 Adding a new wrinkle to the debate over bivalirudin/heparin during primary PCI, a procedure length of less than 45 minutes appears to be associated with a higher risk of acute stent thrombosis in patients when bivalirudin—but not heparin plus a glycoprotein IIb/IIIa inhibitor (GPI)—is used.

This insight, from a new analysis of HORIZONS-AMI, may also inform decision-making in this setting, investigators say.

Among bivalirudin-treated patients, acute stent thrombosis occurred in 2.1% of those with short procedures and 0.7% of those whose procedures took 45 minutes or longer (RR 2.87; 95% CI 1.01-8.17), lead author Hector Tamez, MD (Beth Israel Deaconess Medical Center, Boston, MA), and colleagues report in a study published online March 1, 2017, ahead of print in JAMA Cardiology.

Among those treated with heparin plus GPI, however, there were no cases of acute stent thrombosis after short procedures and three cases after longer ones (P = 0.30).

The likely reason for the discrepancy, explained coauthor Duane Pinto, MD (Beth Israel Deaconess Medical Center), is that “a medication that wears off pretty fast like bivalirudin may be gone by the time appropriate oral antiplatelet medications are metabolized and active.” The patient is vulnerable to stent thrombosis during that treatment gap, he told TCTMD.

In addition to prolonging the infusion of bivalirudin beyond the end of the procedure, there are several other possible solutions to that problem, he said. “Making sure that there’s adequate antiplatelet medication on board with bivalirudin is definitely going to be something that’s helpful,” Pinto advised, noting that that can include either oral agents or IV agents like cangrelor (Kengreal; Chiesi). All options need to be prospectively studied, he said.

In HORIZONS-AMI, bivalirudin was shown to reduce bleeding and mortality after primary PCI compared with heparin plus GPI, but that came at the cost of a higher rate of definite acute stent thrombosis (within the first 24 hours). A question remained, however, about the impact of procedure length.

The current analysis included 1,286 patients treated with bivalirudin and 1,412 who received heparin plus GPI. Median procedure duration, which did not differ between treatment arms, was 55 minutes.

PCIs lasting under 45 minutes were less complicated and involved fewer stents implanted, a lower frequency of multivessel intervention, and less thrombus and no-reflow. Nevertheless, short procedure duration was associated with a higher risk of acute stent thrombosis in bivalirudin-treated patients.

The length of the procedure did not, however, influence risks of other categories of stent thrombosis going out to 3 years in either of the treatment arms.

“Short-acting medications, such as bivalirudin, may not allow for adequate antithrombotic effect of oral antiplatelets in fast procedures; additional studies are needed to evaluate antithrombotic therapies with different pharmacokinetics,” the authors write.

Commenting for TCTMD, John Bittl, MD (Munroe Regional Medical Center, Ocala, FL), said that “identifying patients who might be at risk for [acute stent thrombosis] is very helpful” because it might help in identifying ways to prevent the complication.

If bivalirudin is selected as the anticoagulant during primary PCI, “I think physicians need to pay particular attention to antiplatelet therapy,” Bittl continued. “If a patient cannot take clopidogrel or if they have a factor that may be related to delayed onset of clopidogrel effect—such as vomiting, morphine use, mechanical ventilation, or shock—then the practitioner should consider using an intravenous form of a P2Y12 inhibitor such as cangrelor.”

When asked whether heparin would be a better choice than bivalirudin in situations where procedures are likely to be shorter, Bittl noted that it can be challenging to predict how smoothly an intervention will go.

A more important factor to consider when choosing between the two agents is vascular access type, he said. “I would consider using heparin in cases where transradial access is used, because I think that the transradial approach probably levels the playing field between heparin and bivalirudin in terms of bleeding risk.”

On the other hand, Bittl said, “I think bivalirudin is the anticoagulant of choice for the transfemoral approach” and is “useful for any patient who’s at increased bleeding risk.”

Note: Several co-authors are faculty members of the Cardiovascular Research Foundation, the publisher of TCTMD.