The advisory panel, which chimed in on trial design and efficacy metrics, helped the FDA formulate development plans for a field that almost died. 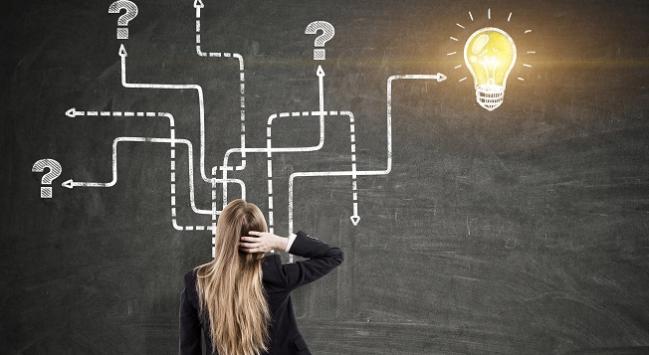 Members of the US Food and Drug Administration’s Circulatory System Devices Panel spent the day yesterday providing the agency with a roadmap for future clinical trials involving device-based antihypertensive therapy.

The committee members were tasked with making recommendations on the correct patient population for device-based therapy, as well as the ideal safety and efficacy endpoints to be used in clinical trials. For some members of the panel, simply discussing the Lazarus-like return of renal denervation, as well as other technologies, was astonishing considering the field was on life support as recently as 4 years ago.

“This is a remarkable day,” said panel member John Somberg, MD (Rush University Medical Center, Chicago, IL). “This is a field that almost died a few years ago. I guess this is in some ways the resurrection.”

Back in 2014, the results of the first randomized, sham-controlled clinical trial, SYMPLICITY HTN-3, put the brakes on the burgeoning field when it was shown that renal denervation was no better than the sham procedure for reducing systolic blood pressure in patients with resistant hypertension. The results of SYMPLICITY HTN-3 were particularly surprising because prior to the trial, multiple unblinded studies suggested renal denervation could lower systolic blood pressure by as much as 40 mm Hg. Since then, however, the research field for testing these devices has matured, as have expectations.

“I hope once we see these devices in practice they are introduced in stepwise fashion, where not everybody who has hypertension gets a renal ablation or a carotid device as first-line therapy,” said Somberg.

Overall, there wasn’t a lot of enthusiasm for device-based antihypertensive therapy as a “first-line” treatment for high blood pressure. Jamie Dwyer, MD (Vanderbilt University Medical Center, Nashville, TN), pointed out that this designation for the treatment of hypertension carries with it an implied reduction in cardiovascular events. “That’s what we all want,” he said. “I’m not sure we can say that this is the magic bullet for hypertension that is going to prevent your stroke 20 years from now on the basis of a 6-month study.”

Nonetheless, the panel members conceded that patient preference should play a role in determining the course of antihypertensive treatment, noting there are some patients who simply won’t take medication or are resistant to taking another agent to lower blood pressure. David Slotwiner, MD (Weill Cornell Medical College, New York, NY), said there are compelling arguments for patient choice, and while there are no data supporting device-based antihypertensive therapy as a first-line therapy, there are studies underway.

“As that data comes in, I think that should play a central role,” he said. “If the evidence shows that it can stand alone, or it can be something a patient can reasonably choose, I don’t see why it shouldn’t be an option.”

Not Only Renal Denervation

During the advisory committee meeting, Medtronic and ReCor Medical, who are developing renal denervation systems, presented data from previously published studies such SPRYAL HTN-OFF MED, SPYRAL HTN-ON MED, and RADIANCE-HTN SOLO and highlighted research that is expected in 2019 and beyond. The Medtronic technology includes the Symplicity Spyral multielectrode catheter that delivers radiofrequency energy to ablate the renal arteries, while the ReCor Medical Paradise ablation catheter delivers ultrasound energy to achieve a similar result.

One of the major issues for the Circulatory System Devices Panel was the role for future sham-controlled clinical trials. The FDA reviewers pointed out that in the hypertension space only the renal denervation technologies—and not any other device-based therapies—have been tested using this study design thus far. A sham-control arm is “particularly valuable in trials in which the effectiveness endpoint is subjective and vulnerable to interpretation and circumstances, as when evaluating medication and device-based therapies in hypertensive patients,” according to the agency.

Abdelmonem Afifi, PhD (University of California, Los Angeles), said that the inclusion of a sham arm, whenever feasible, should be included so that the only difference between the active therapy and control arms is the treatment in question. “Whatever behavioral modification that results from being observed—the Hawthorne effect—would also be similar between the two groups because they both think they’ve been given the same thing,” said Afifi.

Somberg said that sham-controlled trials can be useful, but it’s not the only consideration. “It’s become almost a religion that we need to include a sham procedure, but it won’t address some of the problems like the efficacy of the intervention and the initial training effect,” he said. “There are other considerations that are very critical to evaluate a study.”

Taking the long view, the panel members grappled with the emergence of future devices and whether these should be compared against a sham control or whether they should be tested against devices already available on the market. Somberg said that while it’s reasonable to compare an investigational device against an approved product, the technologies vary, even among renal denervation systems. For each type of system, you’d want to get an understanding of how the technology performs in a randomized, sham-controlled trial, he suggested.

Joaquin Cigarroa, MD (Oregon Health & Science University, Portland), also was reluctant to endorse future device-versus-device trials as pathway to approval. “Even if a device is demonstrated safe and effective, I would not assume that the next device, even if targeted the same pathophysiology, would be equally effective,” he said. “Just as we’ve learned with stents, they’re not all equal, and just as we’ve learned with transcatheter aortic valve replacement techniques, they’re not equal. There are advantages and disadvantages.”

In addition to these concerns, Jeffrey Brinker, MD (Johns Hopkins Hospital, Baltimore, MD), pointed out that device-versus-device approval pathways pose risks to the sponsors, especially if a tested device isn’t as good as a preexisting device but is better than medical therapy. “It’s a gamble,” said Brinker. “It’s probably a more expensive gamble.”

What’s a Meaningful Reduction in BP?

During the daylong deliberation, the advisory panel were also asked what constitutes a clinically meaningful reduction in blood pressure with device-based therapies. For most of the experts, a minimum reduction of 5 mm Hg (assessed by ambulatory blood pressure monitoring) would be needed to consider the device effective. For many physicians in practice, such a reduction would be considered satisfactory if it was achieved with medical therapy, said Somberg.

John Hirshfeld Jr, MD (Hospital of the University of Pennsylvania, Philadelphia), on the other hand, said his metric for effectiveness would be proving that a device-based intervention was superior to a single antihypertensive agent “given that it’s a procedure, it can have complications, and produces permanent changes in the patient.” Richard Lange, MD (Texas Tech University Health Sciences Center, El Paso), who chaired the panel discussion, said the data from published meta-analyses suggest that each individual blood pressure-lowering agent reduces office blood pressure by approximately 15 mm Hg.

On top of these issues, the advisory panel grappled with ideal safety endpoints for future trials, such as the timing and type of imaging needed to assess renal artery stenosis with renal-based therapies and for major cardiovascular and cerebrovascular events with devices aimed at the carotid artery. The durability of the treatment effect was also on the docket, with panel members recommending a wide range of time frames in which they’d like to see patients followed. The panel members recommended assessing blood pressure anywhere from 6 to 18 months after the intervention, while others suggested following patients for much longer to assess cardiovascular outcomes.

“It doesn’t have to be as part of the pivotal clinical trial,” said Slotwiner. “It could be in the form of a registry, but if we’re asking our patients to undergo a procedure, possibly receive an implanted device, then I’d say 3 to 5 years would be a minimum, possibly even longer.”

Finally, the panel discussed clinical trial design and the ideal patients to be included in those trials. In studying patients concomitantly taking antihypertensive medication, the panel noted that adherence to medical therapy, even in clinical trials, can be poor and this makes understanding trial results difficult. Studying device-based antihypertensive therapy in patients not taking medication provides the “cleanest” picture of the technology’s effectiveness, but real-world patients will be taking blood pressure-lowering medication.

Most members of the advisory committee stated that both on- and off-medication studies inform the effectiveness analyses better than a single study.

RADIOSOUND-HTN Suggests Ultrasound May Be Best for Renal Denervation