A head-to-head comparison showed no difference in 1-year MACE, but for some the trial doesn’t provide a final answer.

Physiological assessment with fractional flow reserve (FFR) is no better than angiography when it comes to guiding complete revascularization in STEMI patients with multivessel disease who’ve undergone primary PCI, according to findings from the FLOWER-MI trial.

Trials and registries have shown FFR is superior to angiography in patients with chronic coronary syndromes, and for STEMI patients, complete revascularization guided by FFR—as shown by Compare-Acute and DANAMI3-PRIMULTI—is superior to PCI done only in the culprit lesion, Puymirat noted in his presentation. “In such STEMI patients with multivessel disease, however, FFR-guided PCI has not been compared [directly] to angio-guided PCI.” 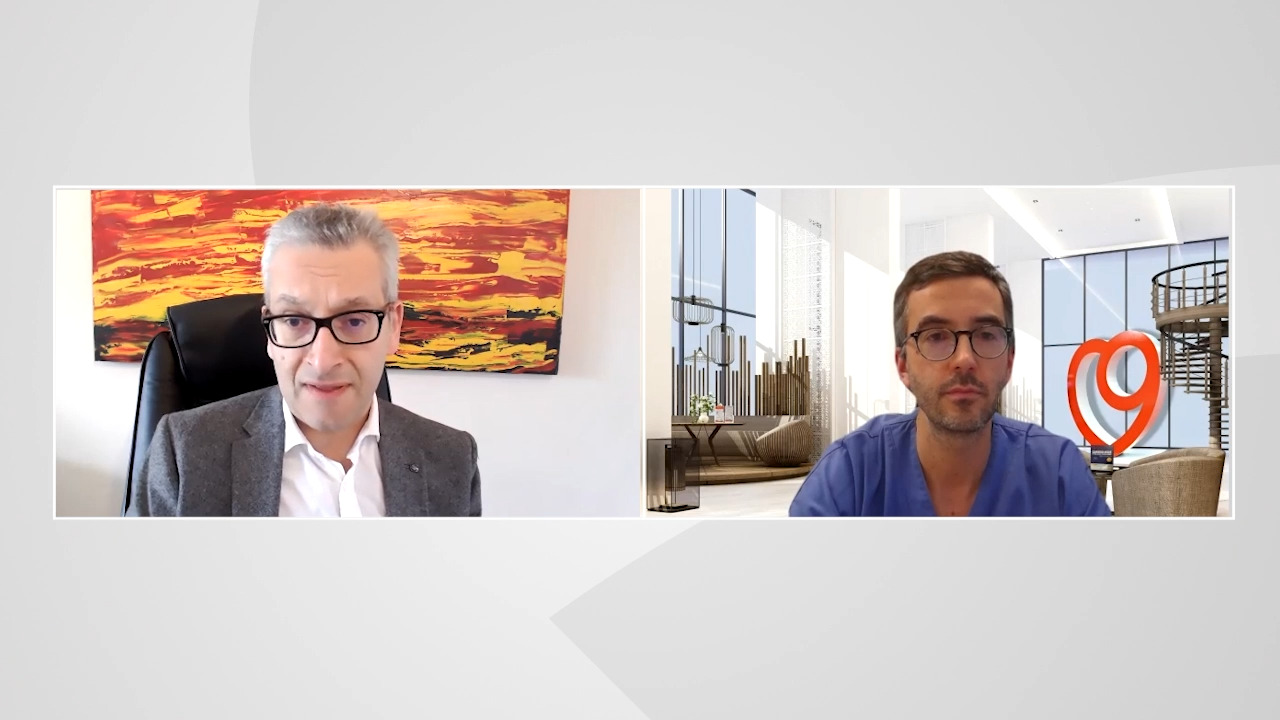 The data indicate that it does not, Puymirat and colleagues conclude in NEJM. “However, given the wide confidence intervals for the estimate of effect, the findings do not allow for a conclusive interpretation.”

William Fearon, MD (Stanford University School of Medicine/VA Palo Alto Health Care System, CA), who served as the trial’s discussant, also cautioned to TCTMD that “one cannot draw firm conclusions from this study.” It appears that the nonculprit lesions in FLOWER-MI were severe, rather than moderate cases where FFR might prove to be more beneficial, he noted. In addition, event rates were very low.

Still, FLOWER-MI “adds valuable data to the literature on the management of patients with STEMI and multivessel CAD,” he commented.

For instance, the analysis reveals patterns in operator preference—study investigators had “encouraged” PCI of both the culprit and nonculprit lesions to be completed in the index procedure, but 96% of the time, patients underwent procedures staged days apart.

FFR Versus Angio From a New Angle

PCI of nonculprit lesions was performed in 66.2% of the FFR-guided patients and 97.1% of the PCI-guided patients; the difference, researchers say, is “owing to the stricter criteria for performing PCI with FFR.” Specifically, an FFR value of ≤ 0.80 was “considered to be clinically important, with a recommendation that PCI on the corresponding lesion be performed,” they note in their paper, adding that repeat FFR measurement post-PCI was encouraged.

The primary outcome—all-cause death, nonfatal MI, or unplanned rehospitalization leading to urgent revascularization at 1-year follow-up—occurred at a rate of 5.5% with FFR guidance and 4.2% with angiographic guidance, a nonsignificant difference (HR 1.32; 95% CI 0.78-2.23; P = 0.31). In terms of the individual components, rates were 1.5% vs 1.7% for death, 3.1% vs 1.7% for nonfatal MI, and 2.6% vs 1.9% for unplanned hospitalization leading urgent revascularization in the FFR and angiography groups, respectively.

Secondary outcomes including stent thrombosis, antianginal medication use, quality of life, and rehospitalization also were similar.

Not only that, but in France the median cost of FFR-guided PCI exceeded that for angiography-guided PCI (€8,832 vs €8,322; P < 0.01). Furthermore, Puymirat specified, “in a bootstrap distribution, the use of FFR for the treatment of nonculprit lesions [was] less effective and more expensive.”

Does FLOWER-MI Provide a Full Answer?

Fearon, in the virtual ACC session, asked if the trial was perhaps underpowered to detect a difference between the two strategies, especially since the most important ingredient to good results for STEMI—primary PCI—was universally applied.

“Really only about a third of the FFR-guided patients, or about 200 patients, did not receive nonculprit PCI, and therefore only this small group could be expected [to have] a difference in outcomes [versus] the angio-guided group,” Fearon said, also questioning why the expected event rate from the outset of the study’s design had been twice as high for angiography compared with FFR. He suggested the researchers may have been “a little overly optimistic” in their attempt to show a between-group difference.

While this may well be so, Puymirat said, the results point in a clear direction: no difference. If anything, he added, “numerically there were more events in the FFR [arm] compared to angiographically guided PCI.” He pointed out that FLOWER-MI had been designed in 2015 based on event rates at that time.

One way FFR might hold benefit, Fearon suggested, is by reducing the number of stents implanted and thereby reducing the risk of periprocedural MI, “which is what we saw in the FAME trial.” He queried how these events would have been diagnosed in FLOWER-MI, given that biomarkers are elevated in STEMI patients.

It’s true, Puymirat said, that they’d been unable to count periprocedural MIs during the index hospitalization; periprocedural MI could only have been seen in planned, staged PCI and such cases were extremely rare.

On Twitter, the FLOWER-MI results sparked discussion on FFR’s role across the spectrum of indications, particularly in ACS.

FFR in ACS? Should we stop doing it now that FLOWER-MI shows no apparent benefit. Good question from @drgprman. It's another French study casting some doubt over FFR in ACS, FUTURE being the first). Let's go through the previous data, as there are other FFR studies in ACS 1/x https://t.co/Om0X3s66c6

What is the verdict?

FFR in STEMI, NSTEMI, and Unstable Angina: What Is the Latest Data?

The Role of FFR, iFR, iMR, and WIA In Evaluating Culprit Lesion and Vessel Flow In STEMI