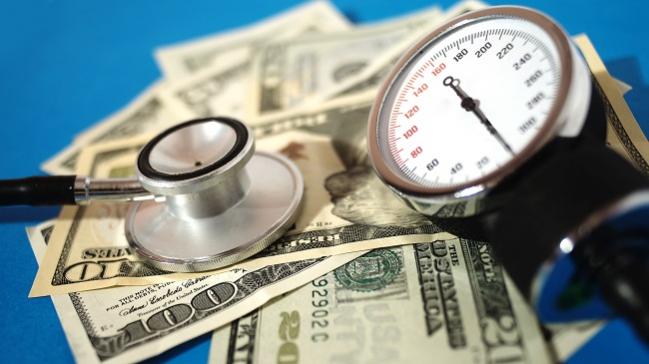 Adults with hypertension have healthcare costs that are nearly $2,000 more per year compared with their peers with normal blood pressure, a disparity that has remained relatively stable in recent years, according to a new US analysis.

Costs related to prescriptions and inpatient and outpatient care are two to three times higher in the hypertensive population, researchers led by Elizabeth Kirkland, MD (Medical University of South Carolina, Charleston, SC), report in a study published online May 30, 2018, ahead of print in the Journal of the American Heart Association.

Projected across the entire US population, hypertension adds an estimated $131 billion in healthcare spending each year, equal to more than 3% of total US healthcare expenditures, they say.

“The financial burden of hypertension on our society is tremendous,” Kirkland told TCTMD, noting that other studies have provided similar findings. “This confirms that.”

Kirkland said her team became interested in the issue as they focused on ways to reduce comorbidities and improve health outcomes among their outpatient clinic population, which includes a high proportion of people from rural and underserved areas.

To look specifically at hypertension-related spending, which affects roughly 45% of adults in the United States based on new thresholds contained in the most recent comprehensive guidelines released last year, Kirkland and colleagues examined nationally representative data from the Medical Expenditure Panel Survey covering 2003 to 2014. The pooled sample included 224,920 adults, with more than one-third (36.9%) meeting criteria for hypertension under previous guidance.

The financial burden of hypertension on our society is tremendous. Elizabeth Kirkland

Before adjustment, the mean annual medical expenditure was $9,089 in patients with hypertension and $4,172 in those with normal blood pressure. Compared with their nonhypertensive counterparts, patients with hypertension had inpatient costs that were about 2.5 times higher, outpatient costs that were about twice as high, and prescription expenditures nearly three times higher.

After adjustment, annual healthcare spending was $1,920 higher in patients with hypertension.

Though that figure did not change much over the course of the study period, expenditures seemed to shift away from inpatient settings toward outpatient care, a trend Kirkland called encouraging.

‘Preventative Rather Than Reactive Care’

“This may reflect decreases in hospitalization rates, shorter lengths of stay, fewer procedures such as cardiac catheterizations, or decreased readmissions for complications, as has been shown for other chronic medical disease states in recent years, including for heart failure,” she and her co-authors write in their paper. “The trend may also signal the positive impacts associated with improvements in hypertension diagnosis, treatment, and control in recent decades, marking a shift towards preventative rather than reactive care.”

Part of that shift might also be related to the expansion of access to preventive care with the rollout of the Affordable Care Act, which occurred during the study period, they indicate.

“As screening for hypertension increases through improved access to preventative care services, patients with less comorbid disease and lower overall health costs will enter the hypertensive cohort,” the authors say. “This may lower the average individual healthcare expenditure, yet initially raise the overall societal costs through increased hypertension treatment. Over time, one would expect overall societal costs to decrease by avoiding or delaying comorbid disease or complications.” A similar phenomenon, they add, would be expected with the lowering of the blood-pressure threshold for defining hypertension in the recent guidelines.

“This monumental public health issue in the United States and worldwide is amplified by its high prevalence and far-reaching adverse effects on health—especially heart disease and stroke—and spending,” Granger writes.

Healthcare Spending on the Rise for Working-Age Adults With Hypertension