Low evidence requirements by the FDA make it possible for companies to get approval first and “worry about the scientific evidence later.” 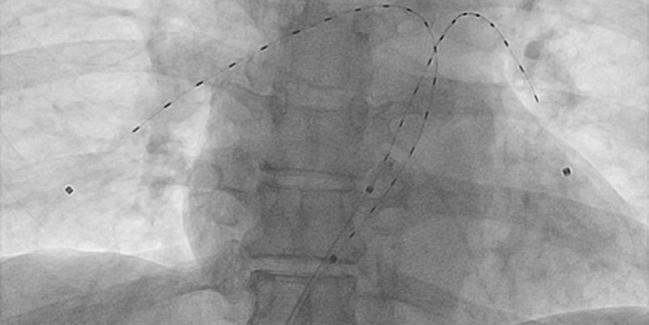 LAS VEGAS, NV—A flurry of innovation, coupled with a lack of rigorous, comparative, and randomized studies, have set in motion a tsunami that will swamp the pulmonary embolism (PE) space in the years to come, potentially setting the field years behind other areas of interventional medicine, one presenter said predicted last week at VIVA 2019.

Unlike endovascular therapies for femoropopliteal disease and structural heart interventions, for example, where researchers, regulators, and industry have come together to get products onto the market backed by strong evidence-based research, the same cannot be said in PE management, Giri noted.

“We're just scratching the surface of who might benefit from these therapies,” he told TCTMD. “The reason we need data that's stronger is so that we can properly get the therapies out [on the market] and not be limited in what we can use.” But without a seminal randomized trial of available devices that would give clinicians some idea of which work best in specific instances and in specific patients, he said, “this is going to put us in the wrong place in 5 years.”

Giri’s presentation at VIVA was similar in tone to a paper he recently co-authored as chair of an American Heart Association writing group. That scientific statement summed up the current status of interventional therapies for PE and offered recommendations for future research directions.

During his VIVA presentation, Giri added that low-level evidence requirements by regulatory authorities for PE therapies make it possible for companies to get their devices to market and “worry about the scientific evidence later.” He urged all stakeholders to prioritize working together to generate a strong evidence base that will better serve clinicians and their patients.

Session moderator Kenneth Rosenfield, MD (Massachusetts General Hospital, Boston, MA), noted that “this is a multidisciplinary, complex field that requires us coming together and we're early on in this, and we are making progress." As recently as 5 to 7 years ago, he added, “there was really nothing happening” in PE research.

Accelerating One Step at a Time

“The coronary world went through its trials and tribulations early on, just like we are. We're just 15 years behind,” noted Rosenfield, who has been a driving force behind the PERT Consortium. “Our challenge is to accelerate that pathway, knowing what we know from what we learned in the coronary world, the valvular world, and other worlds, as to how to accelerate that so we can get to the goal line quicker.”

But panelist Akhilesh K. Sista, MD (NYU Langone Health, New York, NY), cautioned that there is danger in rapidly accelerating innovation and that a fundamental problem at the moment is “that we don't know whether removing thrombus in the first place is the right thing to do.” For the field to move forward and new innovations to be available to help patients, this question needs to be answered, he added.

In a late-breaking trial session at VIVA, Sista presented data from the 119-patient EXTRACT-PE trial showing that a catheter-based technology, the Indigo aspiration system (Penumbra) significantly reduced RV/LV ratio with a low rate of adverse events and no need for thrombolytics in most patients.

Giri noted that Sista, along with the support of PERT, has been trying for the last 4 years to convince the National Institutes of Health to sponsor a randomized trial of approved devices versus conservative management for PE with hard clinical endpoints.

We do have to mature as a field. Gary Ansel

“Somebody has to lay that benchmark down, that's key,” Giri told TCTMD. “Looking at 5 years down the road, I think there's going to be very conservatively half a dozen devices, but there could well be more that are out there by then—and there's going to be randomized data for zero of them.” As for the device manufacturers, he said they have little incentive to sponsor randomized trials of their product once they’ve been approved.

“You call the ER and you say ‘Give systemic thrombolysis to this massive PE’ and they go, ‘Well, I'm a little uncomfortable with that.’ [This patient] has a 50% risk of mortality,” Ansel said. “PERT is helping change that, but I still think we do have to mature as a field.”