An important caveat, one expert notes, is the small number of patients in this real-world study who had severe MR. 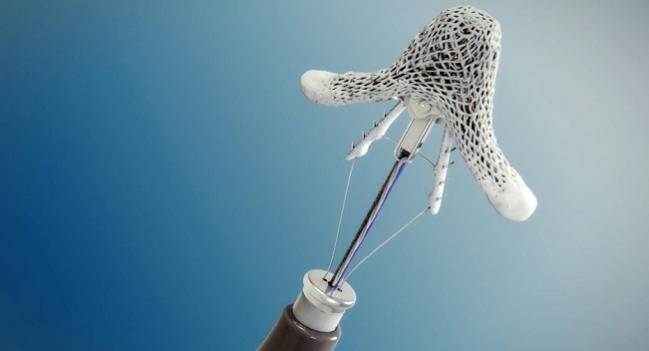 (UPDATED) In patients with either functional or degenerative mitral regurgitation (MR), treatment with third-generation MitraClip devices is associated with MR reductions and improvements in quality of life and heart failure symptoms that are sustained at 1 year, according to results of the Global EXPAND study.

Speaking in a press conference prior to his presentation at TCT Connect 2020, Saibal Kar, MD (Los Robles Regional Medical Center, Thousand Oaks, and Bakersfield Heart Hospital, CA), noted that the study included real-world patients with a wide variety of pathologies selected for treatment with either the MitraClip NTR (Abbott), which has the original clip size on an improved delivery system, or the XTR, which has longer clip arms meant to allow for better leaflet capture in patients with large flail segments.

“I think the most important thing to come out from this whole study, to me, is the introduction of an additional clip size . . . and improvement to the delivery system, resulted in a greater reduction of MR than we have seen in previous studies, without an increase in adverse events,” Kar said.

The 57-center Global EXPAND study, conducted in the United States and Europe, included 1,041 patients. At baseline, approximately 35% of patients had MR grade 2+, 32% had 3+, and 24% had 4+. At 1 year, 89.2% of patients achieved MR grade ≤ 1+, and 97.3% achieved MR grade ≤ 2+, with most of the improvement already seen by 30 days. Those results, said Kar, are better than those seen in the EVEREST II REALISM registry data of real-world use of MitraClip following its initial approval.

“MitraClip technology didn't change for like 10 years and suddenly, you have generation three, generation four, generation five, and so these kind of real-world registry trials actually help us a lot because there hasn't really been a lot of data. We have to know that it’s first safe and that its effective, and this really proves that it is,” observed Chad Rammohan, MD (Sutter Health, Mountain View, CA), a press-conference panelist. “I think it's really nice to tell patients now that we can have a 90% chance of getting 1+ or less MR, and not 85% [of patients] in 2+ or less, like we used to tell them in EVEREST II REALISM . . . and that it's just as safe.”

Commenting on the results for TCTMD, Adnan Chhatriwalla, MD (Saint Luke's Mid America Heart Institute, Kansas City, MO), agreed while the degree of MR reduction and improvements in NYHA class and quality of life in the study are impressive, the fact that only about 55% of patients had 3+ or 4+ MR at baseline does somewhat skew the findings.

“It stands to reason that if you start off with less than severe MR, you are more likely to get to 0 or 1+ MR after the procedure,” he said. “On the other hand, if a cohort of patients with more severe MR had been looked at, it is possible that the improvements in NYHA class and quality of life would have been even larger, since it stands to reason that the patients with the least amount of MR at baseline were least likely to have clinical improvement as a result of the procedure.”

Kar also showed that in echo core lab-adjudicated MR severity by etiology, 90% of the 413 patients with functional or secondary MR had grade 1+ or less MR severity at 30 days, which was not only sustained but also improved to 93% at 1 year.

“This is actually similar or even better than what we achieved in the COAPT trial, and we do know that this usually translates into clinical outcomes,” Kar said.

In terms of functional improvements, 80% of patients were in NYHA class I or class II by 1 month postprocedure, and that was sustained up to 1 year, the change from baseline being significant at both the 30-day and 1-year time points (P < 0.0001 for both). Additionally, Kansas City Cardiomyopathy Questionnaire score rose from 47.0 at baseline to 67.0 at 30 days and 70.2 at 1 year (P < 0.0001 for both).

Recently, concerns have been raised that use of the MitraClip XTR may be associated with increased single-leaflet device attachment (SLDA) and leaflet injury. Both endpoints for Global EXPAND were adjudicated by an independent physician committee, and as Kar showed, SLDA occurrence was rare at 1.7%, as was leaflet injury occurrence at 0.4%. Mitral valve stenosis occurred in 0.5%, and the rate of reintervention on the mitral valve was 1.9% overall, with a slightly higher rate in the primary MR group than in the secondary MR group (2.1% vs 1.5%).

Kar noted that while the introduction of the fourth-generation MitraClip G4 has now made even the Global EXPAND data somewhat outdated, it is important to have data on how the additional clip size and improvements in the delivery system correlated with MR status and adverse events.

Chhatriwalla added that the clip size has made things easier in cases where operators were previously struggling to grasp leaflets. “The harder question to answer is regarding the outcomes in this study, how much of it is related to the newer clips and the ability to customize the procedure based on the patient's anatomy? The patients in this registry didn't have a whole lot of MR,” he reiterated. “If we're going to compare this with EVEREST II REALISM or COAPT, remember that COAPT patients had severe MR. Period.”

The study results, he said, would carry greater weight if the investigators can tease out clearer data on residual MR, NYHA class improvements, and quality of life in patients with 3+ and 4+ MR.

Following the presentation, session co-moderator Michael J. Mack, MD (Baylor Scott & White Health, Dallas, TX), noted that Kar alluded to the fact that follow-up has been difficult because of COVID-19.

“So, although the 1-year echos are good, I think that there's the issue of survivorship bias, as well as acquisition bias,” Mack observed. He inquired whether the investigators have done a paired analysis, since only about 55% of patients have had echo follow-up completed.

Kar responded that while the COVID-19 restrictions have created issues in limiting acquisition of echo images, he is confident that there is a consistency to the registry data that illustrate dramatic improvement of MR reduction over the MitraClip first-generation device regardless of how you look at the numbers.