Investigators say the repair can be offered to patients who meet the COAPT eligibility criteria, regardless of symptom severity. 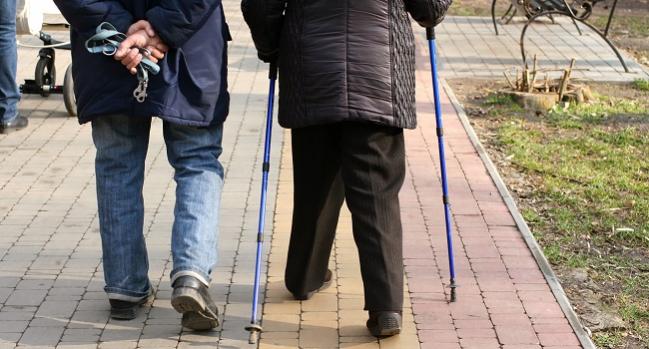 Edge-to-edge transcatheter mitral valve repair with the MitraClip (Abbott) in heart failure patients with secondary mitral regurgitation (MR) lowers the risk of death or heart failure-related hospitalization when compared with guideline-directed medical therapy (GDMT) in patients with NYHA II, III, or ambulatory IV (IVa) functional class, according to a new analysis from the COAPT trial.

Based on these new findings, investigators say the MitraClip should be offered to all symptomatic patients regardless of baseline functional class who meet the eligibility criteria in the COAPT trial.

Lead investigator for the analysis Gennaro Giustino, MD (Mount Sinai Hospital, New York, NY), who presented the results during the TVT Connect 2020 virtual meeting, stressed that the eligibility criteria for COAPT were extensive. Nonetheless, among appropriately selected patients, transcatheter mitral valve repair (TMVR) with the MitraClip offers a similar benefit in terms of reducing hard clinical endpoints as well as improving health status in patients regardless of heart failure symptoms.

“Would MitraClip be of benefit in patients that have significant MR but who are asymptomatic or don’t have much symptoms?” he said. “In one sense, we see that reducing the severity of secondary MR in these patients reduces clinical endpoints regardless of symptoms. That underscores the pathophysiological role of significant secondary MR in patients with heart failure. It’s possible that even among those without symptoms, reducing or completely removing the MR might result in a benefit in terms of hard clinical endpoints, which are heart failure hospitalizations and even possibly death.”

“We know when we see NYHA I and we know when we see NYHA IV, but the distinction between II and III can be difficult,” he said during the live question-and-answer session following the presentation. “From a clinical trial point of view, that can be important. . . . In this case, we didn’t find a whole lot of difference between NYHA II and III in terms of either functional ability at baseline or prognosis. NYHA II and III behaved closer to each other than class IV, which at least in the unadjusted analysis clearly had a worse prognosis.”

For Stone, the most important message from the new study is that the NYHA class II patients—those who were less symptomatic—still derived “tremendous benefit” from reducing MR with MitraClip.

“I think it really points out that even if you have patients who are mildly symptomatic after guideline-directed medical therapy, and if they still meet the COAPT eligibility inclusion criteria, there should be a real priority to treat those patients with TMVR, in this case with MitraClip, because they do sustain a reduction in mortality as well as improved heart failure hospitalizations and quality of life,” he said.

The purpose of this latest COAPT analysis was to determine whether the benefits of TMVR with the MitraClip over GDMT were consistent in HF patients with secondary MR according to baseline NYHA functional class. As Giustino pointed out, the NYHA functional classification system is widely used for risk stratification and is based on the burden of heart failure symptoms related to the activities of daily life; however, it has never been validated or used in patients with heart failure and moderate-to-severe or severe mitral regurgitation.

In the COAPT trial, published in the New England Journal of Medicine in 2018, eligible patients had ischemic or nonischemic cardiomyopathy with moderate-to-severe or severe secondary MR who remained symptomatic despite GDMT. The latest analysis included 240 patients in NYHA class II heart failure, 322 in class III, and 51 patients in class IVa. Class I and nonambulatory class IV patients were excluded from COAPT.

The rate of chronic obstructive pulmonary disease, the STS replacement score, and the STS repair score all tracked higher in patients with more advanced symptoms, while quality-of-life scores and 6-minute walk distance were worse. MR severity also increased with worsening heart failure symptoms, although left ventricle dimensions were smaller in NYHA class III and IVa patients. To TCTMD, Giustino said they aren’t entirely sure why these sicker patients had smaller ventricles but did acknowledge there were more women in the NYHA class III and IVa functional classes, and that these patients had more respiratory disease.

“The NYHA functional class, by itself, may be identifying different phenotypes,” he said. “That may perhaps explain the differences in anatomy that we’re seeing.”

The absolute reduction in the risk of death/HF hospitalization ranged from 18.5% in NYHA class IVa patients to 24.0% in class II patients, with a number-needed-to-treat to prevent one event ranging from 5.4 to 4.2.

Use of MitraClip was also associated with a significantly improved Kansas City Cardiomyopathy Questionnaire (KCCQ) quality of life score at 2 years in both NYHA class II and III/IVa patients. Mitral valve repair also led to a significant improvement in the 6-minute walk distance test in NYHA class III/IVa patients, but not in those in NYHA class II at baseline. Changes in the severity of MR with MitraClip improved in all patients regardless of the baseline functional class status at baseline.

Stephan Windecker, MD (Bern University Hospital, Switzerland), who chaired the late-breaking clinical trial session, homed in on patient symptoms, saying he was struck by the finding that 40% of patients included in the trial were NYHA functional class II. While he had expected the COAPT patients to have more advanced symptoms, the new analysis showed they derived the same relative benefit with MitraClip as the more symptomatic patients, he said.

While these patients might be in NYHA class II heart failure, they are still severely ill and are being aggressively treated with medical therapy, argued Julinda Mehilli, MD (Ludwig-Maximilians University, Munich, Germany), one of the discussants. “It’s a temporary situation,” she said. “That’s why, I think, when you have significant mitral regurgitation, despite the fact you have very good treatment and at the moment you have NYHA class II symptoms, you need to look further to the future. You can stop remodeling of the ventricle if you treat this mechanical complication, which is secondary mitral regurgitation.”

Samir Kapadia, MD (Cleveland Clinic, OH), another of the discussants, cautioned that while NYHA class II patients in COAPT had less MR than the NYHA class III/IVa patients, they had more dilated left ventricles. “This is a very well selected patient population,” said Kapadia. “We’re seeing the patients in COAPT, putting them on optimal medical therapy, and then judging their functional status. These are not regular class II heart failure patients we see in the clinic who are not optimally managed.”

Note: Stone is a faculty member of the Cardiovascular Research Foundation, the publisher of TCTMD.

Skipping Predilatation in Low-risk TAVR Patients Does Not Mar Outcomes

Opioid Use Still Too High Among Cardiac Surgery Patients

6 days ago
I had two heart attacks in 2012. Three years ago I learnt about HERBAL HEALTHPOINT and their successful herbal protocol for Coronary Artery Disease and Heart Failure, the herbal protocol is a miracle. Go to their web page w w w. herbalhealthpoint. c om. Its been years since this herbal treatment, my artery is clear and no sign of a heart attack. I do lots of walking and lost some weight too

MitraClip in the US: As Coverage Update Looms, Some Questions for REPAIR MR