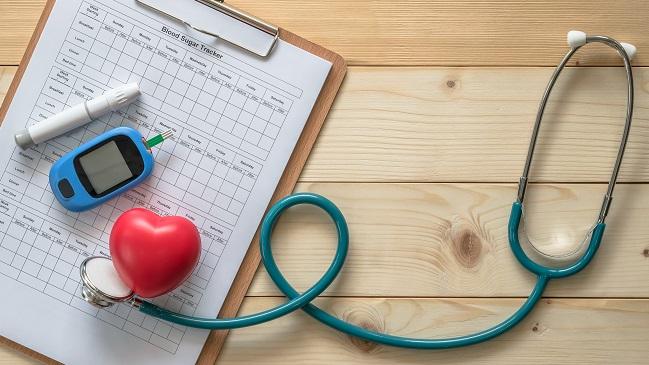 LISBON, Portugal—For diabetic patients with or at risk for cardiovascular disease, experts at the 2018 European Atherosclerosis Society (EAS) meeting agree that glucose management should not be the only treatment target, but how much priority it should take compared with other risk factors remains an open question.

Kicking off a debate session here last week, co-moderator Marja-Riitta Taskinen, MD (Helsinki University Central Hospital, Finland), observed that, in the past, “interventional studies did not show any type of improvement in the cardiovascular outcomes. But now we are facing a completely new and exciting period because there are data that we can really reduce cardiovascular outcomes also in patients with diabetes—importantly in patients with type 2 diabetes—if we use the correct treatment and also [take] care of cardiovascular risk factors.”

A Closer Look at Glucose

Up first, Lars Rydén, MD, PhD (Karolinska Institute, Stockholm, Sweden), gave a brief history of the prevention of vascular injuries due to diabetes, which have been recognized for decades. By 2000, “it became clear to everyone that fatal and not fatal MI, amputation and other serious complications, [and] fatal and not fatal stroke, became more and more common the higher the glucose was,” he explained. “An ingenious scientist came up with the conclusion that if increasing glycemia causes vascular damage, it must be that glucose normalization is protective. Many of us believed that for many years.”

Yet there was no “modern drug to treat other cardiovascular risk factors,” Rydén said. “We only treated what we could treat, mainly hyperglycemia.”

To remedy this, researchers got “excited” and organized several big trials like ACCORD, ADVANCE, and VADT with the goal of lowering glucose as much as possible through several different novel drugs, he said. However, ACCORD was stopped early due to high mortality in the treatment arm, and “all of the sudden, things started to be less clear.”

Subsequently, “a number of other trials raised safety concerns” related to mortality, hypoglycemia, and heart failure, Rydén reported, and “some people started getting afraid of glucose-lowering drugs.” Starting in 2008, the US Food and Drug Administration and the European Medicines Agency each decreed that any new drug that lowers glucose must be shown to be safe from a cardiovascular standpoint.

Studies of DPP-4 inhibitors have been limited by their short durations and the fact that none of them have been shown to be superior to placebo for a composite cardiovascular outcomes endpoint, he said. Also, “firm endpoints are needed and surrogate endpoints like [those used] are not good. Finally, these are all market- and regulatory-driven rather than academic research.”

But SGLT2 inhibitor and GLP-1 receptor agonist studies like EMPA-REG and LEADER have shown promise with “unforeseen benefits” and represent a “paradigm shift in the treatment of type 2 diabetes,” Rydén explained. Each showed a 14% and 13% reduction, respectively, in CV death, MI, or stroke, with the former driven by heart failure and the latter driven by mortality. Including studies like CANVAS and SUSTAIN 6 as well, the HbA1c reduction attained by these drugs was between 7.3% and 8.1%, which “seems reasonable,” he noted.

In the end, the “most important lesson is to treat the patient and not the HbA1c,” Rydén said. Empagliflozin and liraglutide should be “preferred second-line drugs in patients at high risk” and physicians should seek an HbA1c target of between 7.0% and 8.0% (53 and 62 mmol/mol). As for DPP-4 inhibitors, they are “safe” but may need to be avoided in “heart failure sensitive patients.”

However, he concluded, “the real population is actually sicker than the trial populations. This means that you have to use your skills as physicians when you treat your patients. . . . It still makes sense to have experience [and] be not a robot but a physician.”

Glucose ‘Not the Only Answer’

In his presentation, Naveed Sattar, MD, PhD (University of Glasgow, Scotland), argued that “glucose lowering per se is not the only answer” to managing cardiovascular risk in diabetic patients. “We have seen huge benefits from statins, blood pressure meds, and weight loss.”

Looking back, smoking was the hot button issue of the 1970s, blood pressure in the 1980s, and lipids in the 2000s, he explained, noting that glycemic control has only been “moderately” improved overall starting in the late 1990s/2000s. Yet, “between 1990 and 2010, there were huge reductions in MI in patients with diabetes . . . and reductions in stroke before the glucose reductions happened. That must be blood pressure, it must be lipid lowering and smoking reduction. It must be.”

Especially for younger diabetic patients, for whom diabetes is a “different disease” than in the elderly, if “you only treat the sugar, you’re doing them a massive disservice,” Sattar said. “You're missing the fact [that] you can prevent cardiovascular events by giving them a cheap statin and a cheap blood pressure tablet.”

Notably, he said that if he had diabetes and could only afford one pill, “I might actually take the blood pressure tablet.”

Sattar said he was surprised that “glucose reduction doesn’t do as much as you would expect,” but part of the issue could be because “we’re missing something there. . . .  We don't fully understand what diabetes is.”

So far, both cholesterol and blood pressure have been shown to be “strong” targets for patients with diabetes, he explained. A glycemic target of 7.0% to 8.0%, as Rydén had suggested, “might be good,” Sattar said. “You might relax in some groups.” But importantly, he continued, “we can now do better with lipids, blood pressure, and weight reduction, too.”

Results from the SGLT2 inhibitor trials were also surprising, Sattar acknowledged. Sodium glucose transporters not only lower glucose but also sodium, he explained. “They lower total CVD death and heart failure hospitalization by more than 30%—we all saw these results and we fell off our chairs—and the reductions whether or not you lower your sugar were the same.”

Metabolic disorders start earlier and earlier, so this is becoming a bigger problem in the world. Marja-Riitta Taskinen

The “traditional focus” of physicians has always been on lipids, blood pressure, and thrombotic atherogenesis, Sattar said, but “we missed the fact that many of our patients with diabetes and obesity have reasons to be sodium overloaded, fluid overloaded, [and] have high-volume status. That causes hemodynamic and oxidative stress, and these are particular to heart failure and kidney disease.”

Ultimately “diabetes is much more than hyperglycemia,” he argued. “It's multifactorial.”

“It's also clear now from trials that treating blood pressure [and] lipid-lowering treatment can do as much to cardiovascular risk as can smoking reduction, as much if not more than all the diabetes drugs, and that weight loss has probably been underrecognized to lower the risk of diabetes in the first place,” Sattar continued. “I think we've also underestimated the fluid aspects. We need more research there.”

It’s not that glucose isn’t a valid target, he concluded, “but it's not the only answer.”

Following the presentations, Taskinen summed up what she saw as a key point in both Rydén’s and Sattar’s presentations. “What we are missing here is personalized medicine. Now that we have much better tools available to treat all the potential risk factors, we are coming closer to this point that you need to individualize your treatments, despite [the fact] that guidelines are telling this or that, because guidelines are for cohorts and populations. That is very clear.”

Additionally, due to the global obesity and type 2 diabetes epidemics, “metabolic disorders start earlier and earlier, so this is becoming a bigger problem in the world,” she said. “That really is the challenge.”

Diabetes Drugs Show Benefit in PAD, but Only Mixed Results in Primary Prevention of CV Events